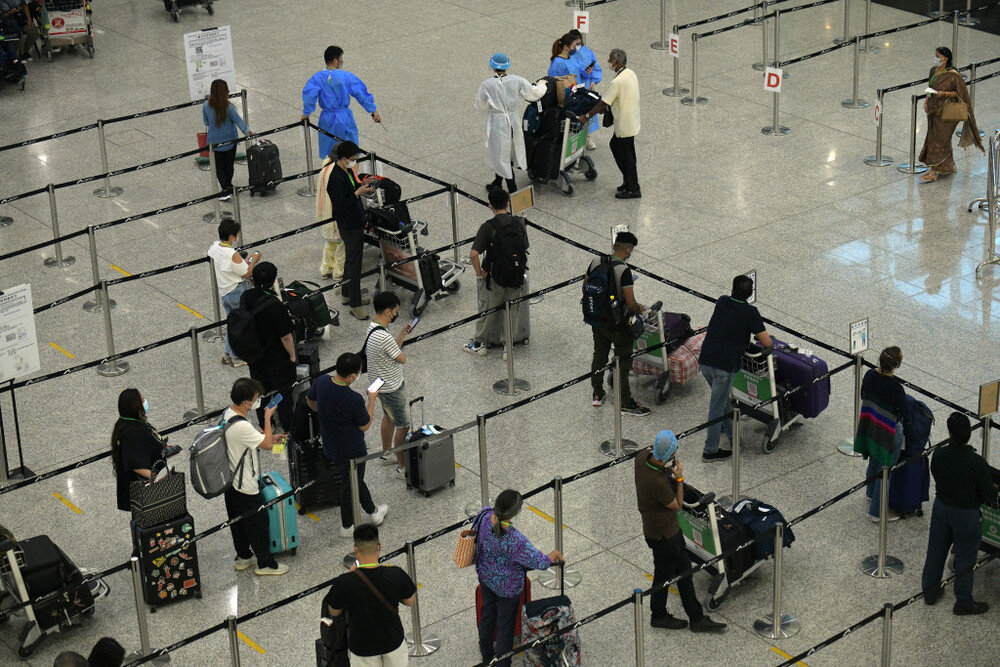 Experts said the government is “actively” considering changing the entry quarantine to “0+7” format, with 7,322 new patients reported on Sunday, including 132 imported cases and 23 deaths.
Albert Au Ka-wing, Principal Medical and Health Officer of the Communicable Disease Branch of the Centre for Health Protection of the Department of Health, claimed the government would consider the current epidemic circumstances to modify disease prevention measures.

“Authorities will carefully consider the suggestion to cancel the requirements which asked inbound travellers to provide the negative report of Covid-19, given that the city is seeing the number imported confirmed cases maintained at 150 every day,” he said.

He added the government would follow the anti-epidemic measures worldwide to actively review the currently applied entry quarantine rule, like changing it to “0+7”.

However, Au noted the government also needs to scrutinise the relevant data on the epidemic and consider the pressure on the public hygiene system.

Among the 23 fatalities aged from 58 to 94, 17 had not received three vaccines, while one 58-year-old woman had previously been diagnosed with terminal cancer.