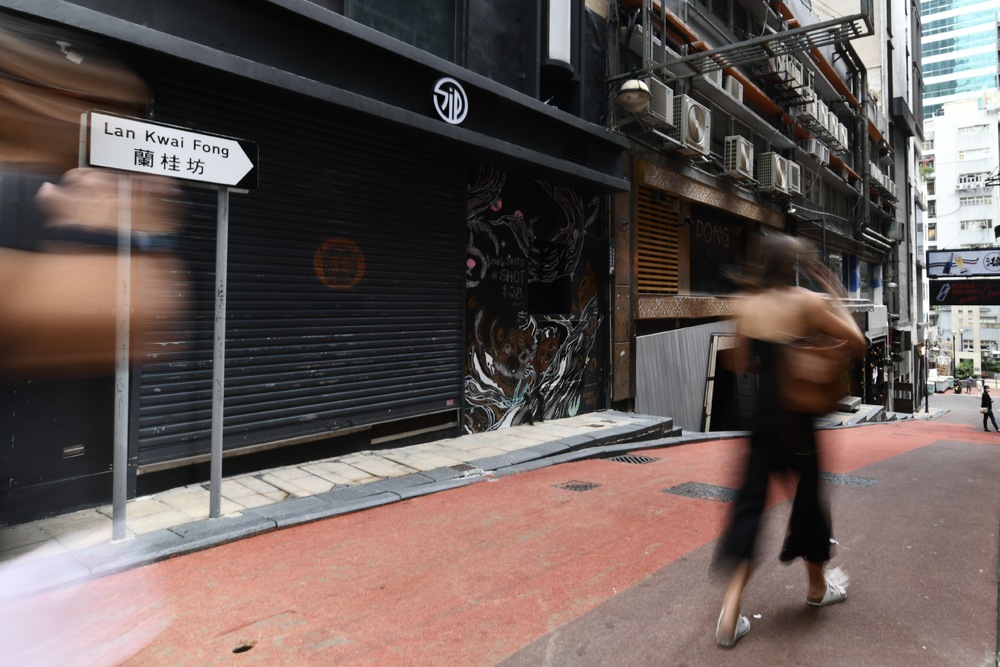 After two bars in Central sees Covid-19 outbreak involving dozens of cases, an industry representative said that while it is reasonable for customers to worry, transmission can be limited and controlled through the industry’s active cooperation with the government.
On the day of the outbreak, a multiple customers as well as a DJ performing at Zentral, a bar located at California Tower in Central, were not wearing a mask. Lan Kwai Fong Association director Anthea Cheung So-may said on a radio program that government regulations did not define in detail whether DJs were subject to the Covid ban on live performances.

Following the outbreak, Cheung has enquired whether the Food and Environmental Hygiene Department considers DJs to be live performers.

“The FEHD told us that DJs playing music counts as a live performance, but it isn’t clearly stated in the regulations,” she said.

Cheung also emphasised that most bars and clubs in Lan Kwai Fong have adhered to government regulations.

“The Association has told managers and persons in charge of venues to remind customers to wear masks at all times except when eating or drinking,” she said.

"We hope the government can communicate with the sector to balance business with epidemic prevention. For example, could live music performances be permitted if performers wear masks and keep a suitable distance from customers?" she asked.

Leung also said that there are grey areas in epidemic prevention legislation, pointing out that law enforcement officers had not previously found any violations during inspections.

Ho Pak-leung, head of the University of Hong Kong’s Centre for Infection pointed out on the program that most of the people who were infected at Lan Kwai Fong have been triple-jabbed, and have a very small chance of developing severe symptoms.