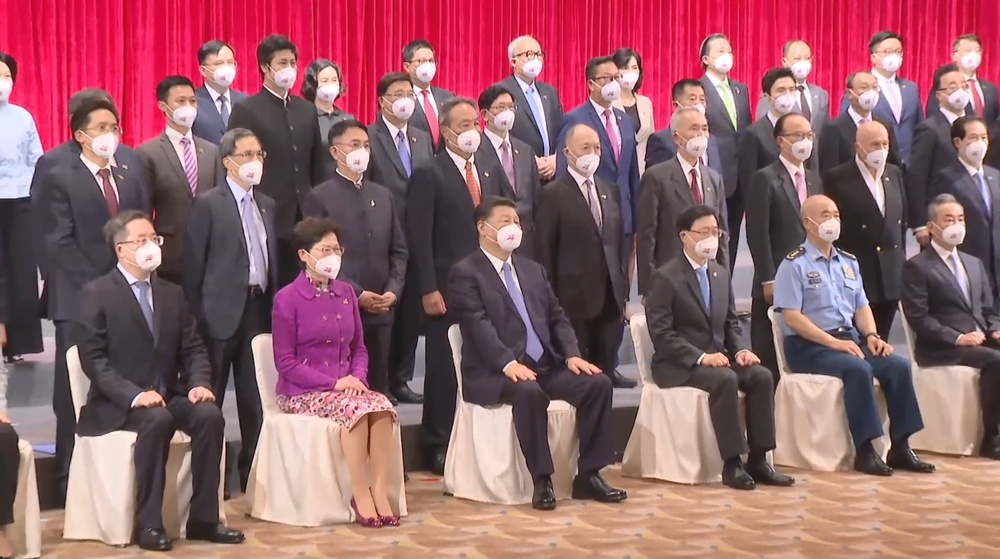 HK adds 1,828 Covid cases, as the Center for Health Protection refused to comment on the infections among people who attended Hong Kong's handover anniversary.
Among the cases, 1,681 were locally transmitted while the remaining 147 were imported cases, according to the Centre for Health Protection's principal medical and health officer Albert Au Ka-wing.

Eighty of the imported cases were detected at the airport, 58 at quarantine hotels and 9 were patients who tested positive after they completed the seven-day isolation. The caseload of the fifth wave now exceeded 1.239 million.

Hospital Authority's chief manager for quality and standards Lau Ka-hin reported no new death and the death tally stands at 9,192.

As for confirmed cases of people who attended the handover celebration ceremony, Au said he would not comment on individual cases. He also said that an investigation would be conducted in general, and people including their family members and those who had face-to-face contact during the infectious period would be classified as close contacts.

Asked whether they had contacted the mainland on the incident, Au said he had maintained close contact before and had nothing to add now. He added that if a confirmed case has stayed in any of the two quarantine hotels, the hotel would be required to conduct thorough disinfection.

Hotpot Foodie in Kwun Tong Kwun added three new cases, all of which were customers. The cluster has so far seen 14 customers being infected. The restaurant did not violate anti-epidemic measures, while all environment samples and staff members tested negative.

As the ventilation of the restaurant has met relevant criteria, Au said it may involve BA.4 or BA.5 Omicron subvariants, which were more contagious than other subvariants. It was also the first time that the transmission of BA.4 or BA.5 was found in a restaurant.

The center, on the other hand, identified 28 cases carrying the BA.4 or BA.5. Three of them were imported cases and 10 were local unknown source cases.

Twenty-three cases of the BA.2.12.1 Omicron subvariant were reported today as well, of which 20 were of unknown origin.

When investigating the the BA.4 or BA.5 cases, the authorities found two students were enrolled in class 5A of Chiu Lut Sau Memorial Secondary School in Yuen Long. Therefore, the class has been recommended to suspend for a week.

The authorities received 1,073 confirmed cases from schools between June 27 and 30, similar to the previous week, involving 899 students and 174 staff members.

Public hospitals and treatment facilities are now housing 761 patients. Eleven of them are in critical condition, 13 are in serious condition, and two are in hospital intensive care units.
#Covid
Add Comment