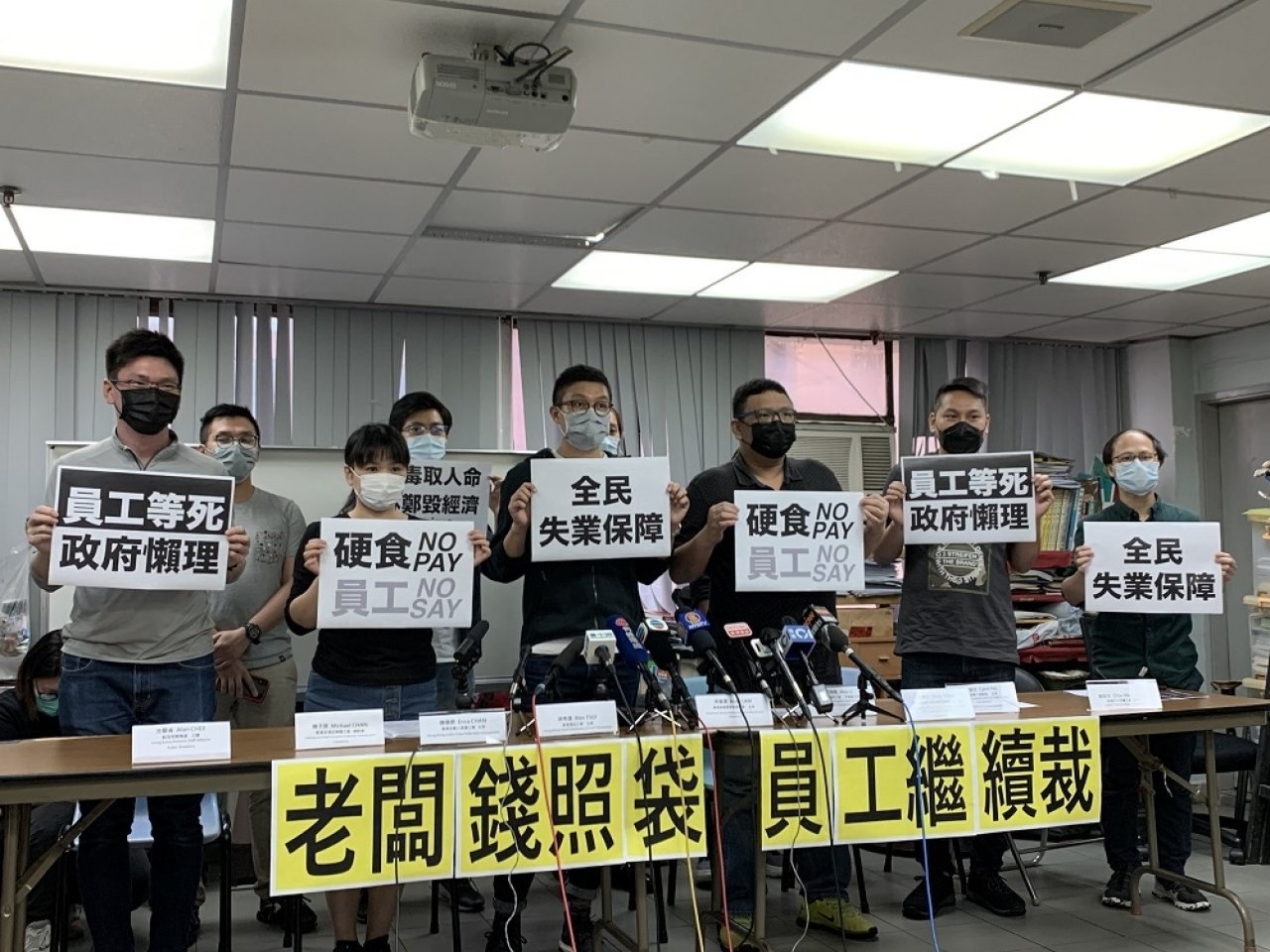 A group of trade unions have accused the government of neglecting plight of workers affected by the coronavirus crisis and offering financial help only to business owners.
The unions said the anti-epidemic chest fund unveiled by the Carrie Lam administration should give cash to those sacked, forced to take unpaid leave or placed under quarantine.

They said although the government offered financial aid to restaurants, travel agencies and airlines, many bosses have not shared the cash with their staff.

Carol Ng, Confederation of Trade Unions' chairwoman, said the government has been mistaken to think if business survive, workers can keep their jobs.

Ng said in countries like UK and Denmark, governments are subsidising employers so they can pay salaries, but the Hong Kong government is only saving the bosses, and not the workers.

Alex Li, vice-chairman of Bartenders and Mixologists Union, said he's happy to comply with the new restrictions placed on bars and restaurants.

But he said the government needs to give support to the workers who are affected by this.

He said he knows some of his fellow workers have been asked to take 20 days of unpaid leave by their bosses.