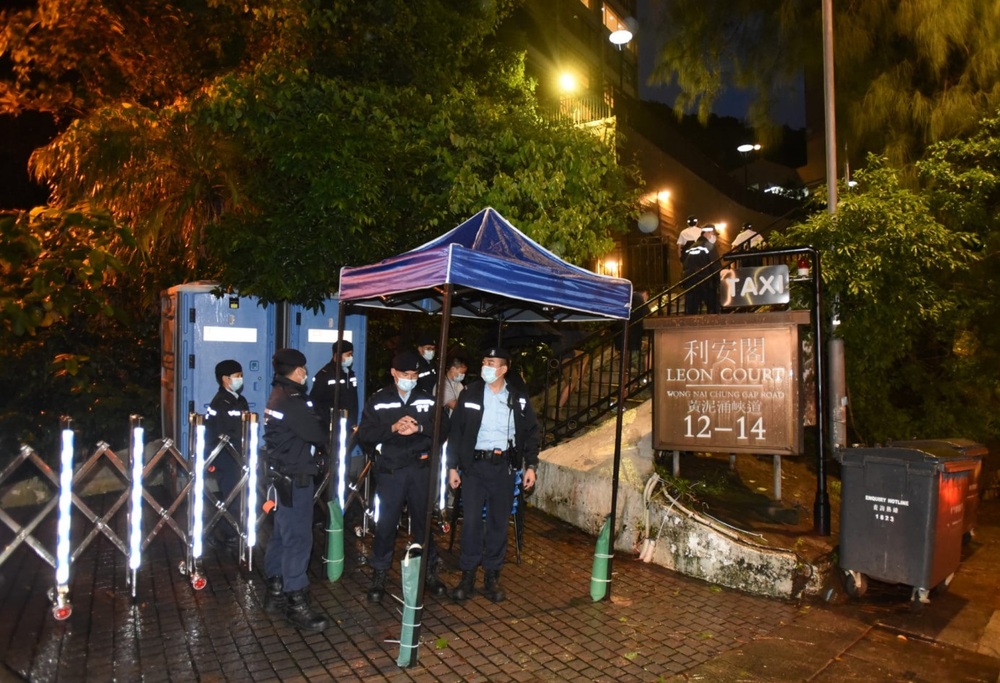 Government locked down Leon Court on Wong Nai Chung Gap Road in Wan Chai tonight, after a patient who tested positive for the mutant variant has lived there in the past 21 days.
The lockdown is expected to be lifted at about 7am tomorrow.

The male patient, 39, traveled to France on July 2 and returned to Hong Kong via Doha, Qatar, on July 18. He tested positive for Covid-19 at Hong Kong International Airport. Further examination suggested that he carries the L452R mutant strain.

The Centre for Health Protection classified the case as an imported case as he spent the majority of his incubation period in France, and is likely to have been infected there.

The patient stayed at Leon Court in Wan Chai from June 27 to July 2. He received two doses of BioNTech vaccine in the city on April 6 and 27. He tested positive for antibodies and he has been asymptomatic.

All residents, including those vaccinated, must undergo virus testing before 11pm tonight. Those who have undergone testing from July 18 to 20 with negative results can be exempted from taking the test again.

Any person who had been present at Leon Court for more than two hours from June 27 to July 20 must undergo virus testing on or before July 22 as well.

In addition, in accordance with the latest arrangement, persons residing in the same building as a confirmed local case with mutant strain are subject to compulsory testing on Days 3, 7, 12 and 19 counting from the day on which the confirmed case is announced.
#COVID-19  #vaccine  #BioNTech  #Covid
Add Comment