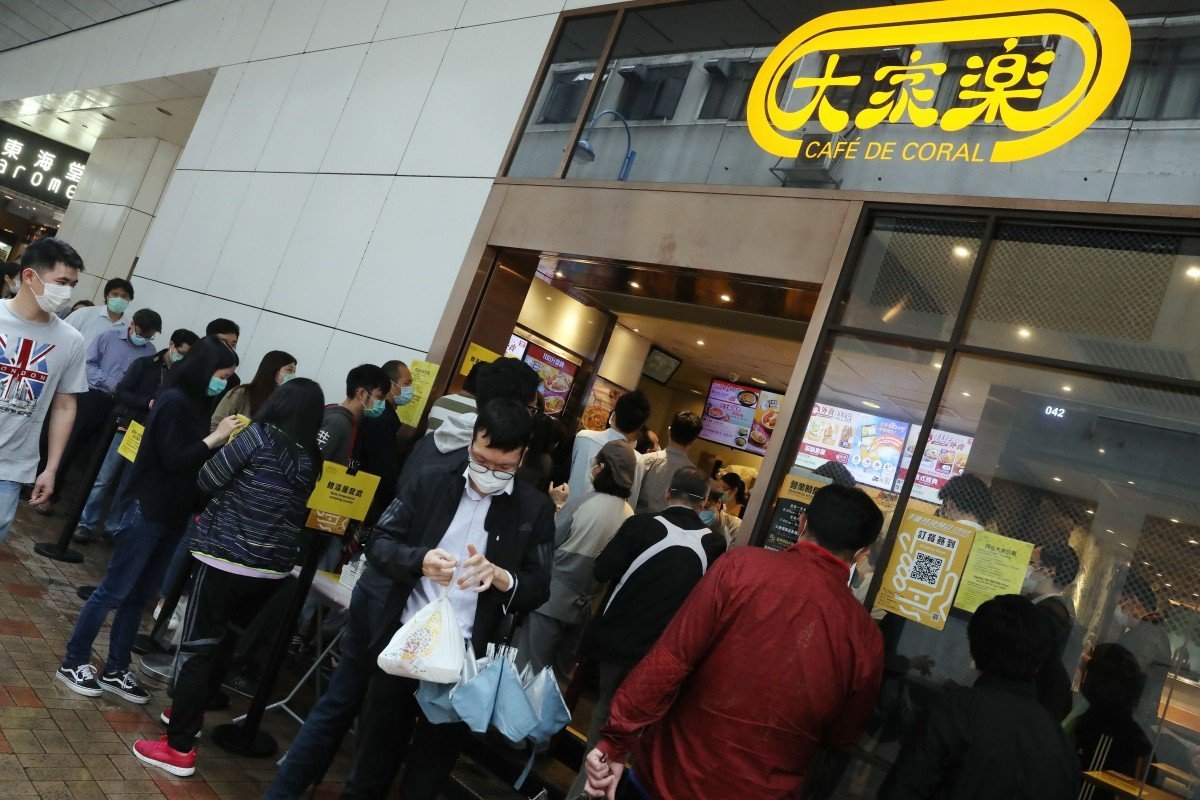 The company said on Thursday in a filing to the stock exchange that its net profit rose by 8.4 per cent year on year to HK$162.3 million (US$20.9 million), thanks to HK$338.9 million in monetary relief provided by the Hong Kong government. Without the subsidies, the company would have reported a loss before income tax of about HK$156 million, as opposed to a profit before income tax of HK$183 million.

Hong Kong has unveiled many rounds of subsidies for companies and workers battered by the pandemic, including HK$80 billion in a second tranche of the Employment Support Scheme that covers the September to November period.
Cafe de Coral
accessed HK$322.52 million under Hong Kong’s Employment Support Scheme and HK$7.85 million under the Anti-epidemic Fund of the Hong Kong Government, among other subsidies, some of them from the mainland Chinese government as well.

“We fully paid the government’s [Employment Support Scheme funds] to staff in Hong Kong [as salaries], which … occupies about 31.6 per cent of staff cost in Hong Kong,” said Peter Lo, the company’s chief executive. “The government subsidies indeed gave us breathing space.”

Cafe de Coral’s revenue was severely affected by the coronavirus pandemic during the six-month period and sank by 24.3 per cent to HK$3.2 billion as compared with the same period last year. The company declared an interim dividend of 10 HK cents per share for this period on Thursday, down by almost half from the 19 HK cents declared during the same period last year. Lo said the total dividend amounted to about HK$59 million only, which was not a lot given the company’s current cash position.

He, however, said that he remained optimistic about the second half of the financial year, which ends on March 31. He said that since the company’s monthly sales amounted to about HK$400 million to HK$500 million, Cafe de Coral was unlikely to end up with a loss for the financial year, even though the Employment Support Scheme would end this month.

When asked about lay-offs once the scheme ends, Lo said the company will review the labour needs of its various businesses and might start with adjusting costs related to part-time workers or overtime work, but there was no need to lay off full-time workers yet, provided that the pandemic does not worsen.

He added that the company had used the opportunity provided by the government subsidies to invest in hygiene measures, product development, marketing campaigns and staff training. It had recruited slightly fewer than 1,000 staff members, and had offered numerous cheap meals and discounts to benefit its customers, Lo added. The company will adjust its menu and operations to adapt to different social distancing measures.

Meanwhile, Cafe de Coral is also betting on recovery and opportunities in mainland China, where it is opening 15 shops in Greater Bay Area this year, even though network expansion was hindered by the pandemic during the first half of the year. It also reported a net decrease of nine shops in Hong Kong to 285 in this period.