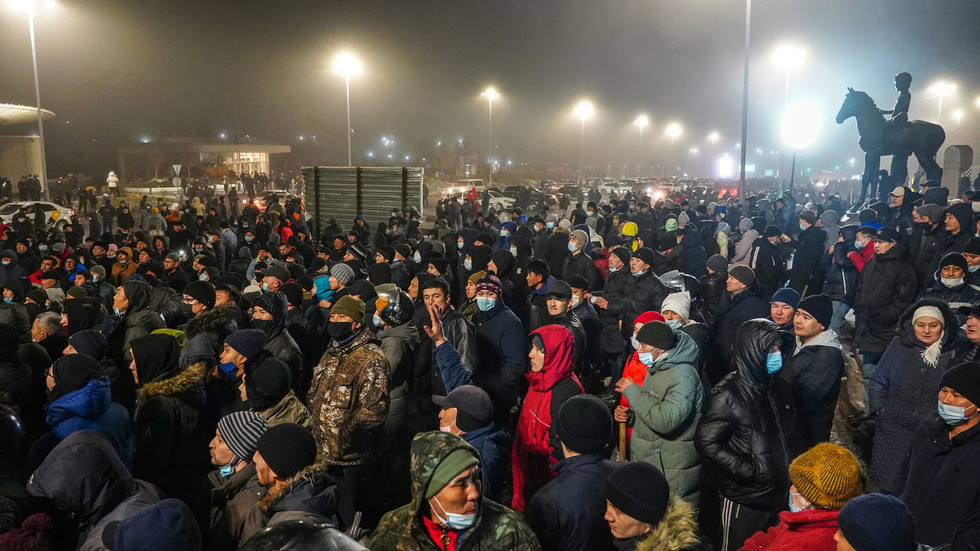 Acting on the orders of President Kassym-Jomart Tokayev, Kazakhstan’s government has imposed a cap on the price of liquefied petroleum gas for 180 days. A steep rise in the cost of fuel was the trigger behind the current protests.
According to the government’s statement, the “urgent” measures are aimed at stabilizing the socioeconomic situation in the country. The price ceiling varies from region to region, with the lowest being 50 tenge ($0.11) per liter in the Mangystau Region, where the protests originally began, followed by 65 tenge ($0.15) per liter in riot-stricken Almaty, and 70 tenge ($0.16) per liter in the capital of Nur-Sultan and elsewhere in the country.

On January 1, Kazakhstan’s government removed state price caps on liquefied petroleum gas, liberalizing the market. Plans to switch to commodity exchanges had been in the pipeline for a few years, with oil companies complaining that they were having to sell LPG at a loss.

However, the government seemingly underestimated the extent to which prices would rise after the new system was introduced. In some regions, LPG prices at gas stations nearly doubled overnight, reaching 120 tenge ($0.30) per liter.

That did not sit well with locals, who took to the streets demanding that the price be lowered to 50-60 Tenge ($0.11-$0.13) per liter. It is worth noting that liquefied petroleum gas is traditionally considered to be a “poor man’s fuel” in Kazakhstan due to its relatively low cost. According to some estimates, in the Mangystau Region, the cradle of the current protests, as many as 90% of all vehicles use LPG.

The crisis is also compounded by overall rising inflation, which has reached nearly 9% year-on-year – a figure not seen in more than half a decade.

As protests spread across Kazakhstan, people also began making political demands rather purely economic demands, including calls for the president and the government to step down. Over the past 24 hours, the demonstrations have turned increasingly violent, with rioting, arson, and armed stand-offs with police and security forces reported in the city of Almaty.
Add Comment