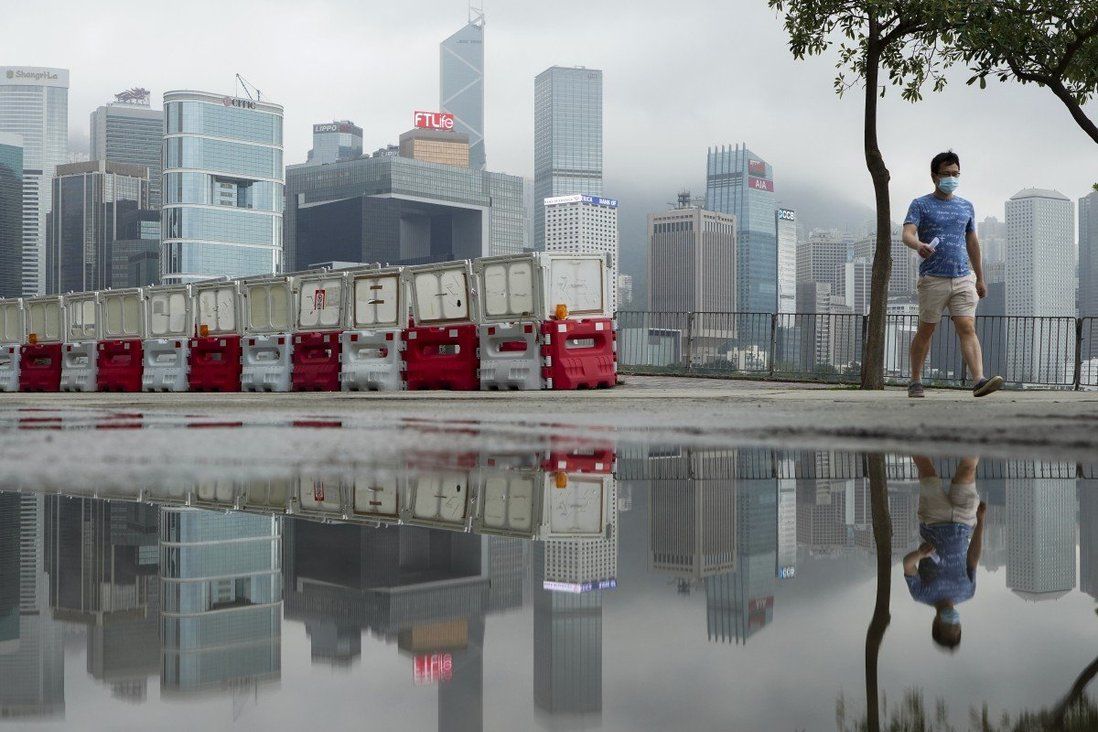 From the point of view of the individual, vaccine hesitancy is perfectly logical, yet at the societal level it represents disaster. But the government hesitates to provide leadership, fearing a backlash from those who must face short-term hardship or the risk of side effects.

The total disarray of the government’s quarantine policy over the past two weeks sent me to my dictionary to look up “dilly-dally” (“waste time through aimless wandering or indecision”), then “shilly-shally” (“fail to act resolutely or decisively”). It’s hard to choose between them, isn’t it?

What is really painful is that it didn’t have to be like this. Our doctors and nurses have done a great job dealing with the Covid-19 pandemic, and the public has by and large been incredibly disciplined. But we have all been let down by policy failings at the top.

From the outbreak last year to the beginning of this year, the government’s action plan could best be described as “suppress and lift” : impose strict social controls to squeeze the number of infections to a minimum, then relax somewhat to spare the economy. Not ideal but perhaps the best of several bad options. The problem was that it did not provide a lasting solution to the crisis, it only bought time until one emerged.

Earlier this year, salvation arrived in the shape of several effective vaccines. While these are not the total answer – they reduce the risks of infection, and lessen adverse consequences for patients, without eliminating them – they nonetheless provide a path to herd immunity. Only then can the spread be halted and the risk of mutations be minimised.

Israel has demonstrated how an aggressive vaccination campaign can get life back to normal. The United States and Britain, after clumsy starts, are fast catching up and will soon be fully open for business.

Therefore, for the last three months there has been only one responsible policy option for the Hong Kong government: go hell for leather to maximise vaccination. We need a clear decision to make herd immunity our strategic objective within 2021, and come up with a detailed plan, including milestones, to achieve it.

It is at this point that the difference between the individual’s perspective and the interests of society as a whole becomes critical. From the point of view of the individual, vaccine hesitancy is perfectly logical, yet at the societal level it represents disaster. So we look to the government to provide leadership and act for the greater good. It has hesitated to do so, fearing a fierce backlash from those who must face short-term hardship and confront the tiny (but real) risk of side effects.

The government can hardly use force to vaccinate people against their will. So the administration must steer a course firmly, using every reasonable power at its disposal to achieve the desired change in personal behaviour.

Start with the obvious one: why are we giving HK$5,000 to each adult irrespective of vaccination status? Is it too late to tweak the budget handout so that the first HK$1,000 is paid upon the first jab and the balance after the second one? 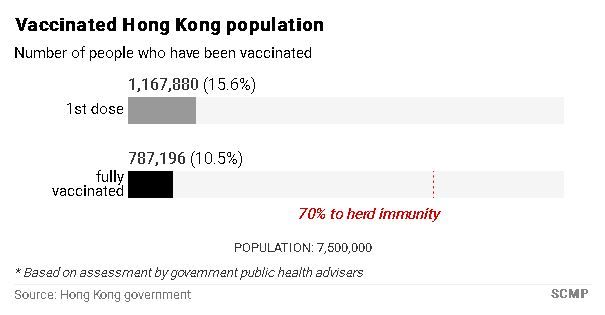 We need a more consistent policy on travel bubbles and transport generally. It was quite right for the administration to make vaccination mandatory for Hongkongers wishing to travel to Singapore, and to make clear that the same provision would apply in future arrangements. But why aren’t the agreements reciprocal? Moreover, why not test and vaccinate any unvaccinated person arriving from anywhere? The same rule should apply to all Hongkongers who wish to return home from anywhere on the globe.

Let’s end the confusion over foreign domestic helpers. The government announced two “decisions” (I use the term loosely), namely that they should get tested, and be vaccinated to get contracts renewed. The first of these was hardly discriminatory: after all, workers in food outlets have been required to get tested on a fortnightly basis for several months. Since helpers’ duties almost invariably include meal preparation, it is only logical to test them too.

The second was discriminatory, but only because it did not go far enough. Employers wishing to sign contracts should also be required to provide vaccination certificates for themselves and all adults in the household to be served.

Finally let us come to bars and restaurants. Arrangements have been made for them to enjoy preferential operating conditions according to the vaccination status of staff and clientele. But the rules are complicated and therefore almost impossible to police. They need to be simplified. Only then will there be a real incentive to push staff and customers in the right direction, and enforcement feasible.

The most critical factor is perception of the government’s willingness to act. At the moment the U-turns, both real and apparent, create an impression of weakness in the face of possible public opposition. Already bar owners have called for further relaxations in their favour. They should be politely told to get on with it.

Hong Kong is China’s No 1 international city and a launch pad for foreign businesses into the mainland. For us to survive, we need to get life back to normal as soon as possible. We must be up there with the best of our international competitors, not lagging behind.