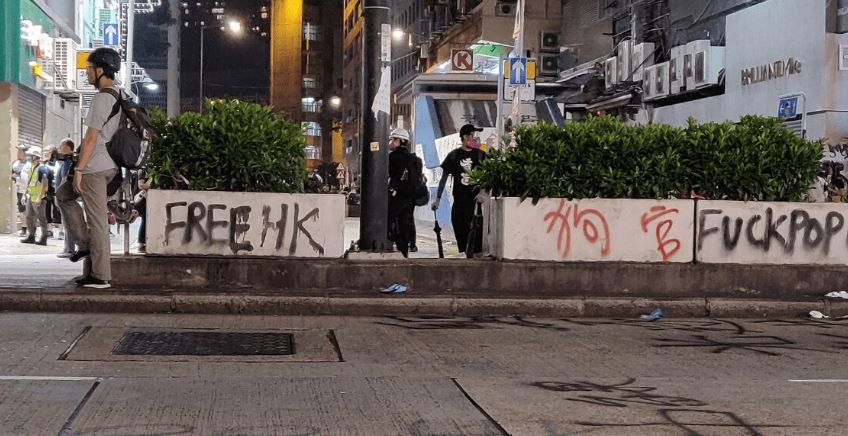 Google blamed its automated systems for obfuscating a banned political slogan and a call for Xi Jinping's death on the Street View map of Hong Kong.

Google has blamed an algorithmic error for blurring out protest graffiti on the Street View map of Hong Kong, the Hong Kong Free Press (HKFP) reports.

The news site reported yesterday that two spray-painted slogans on Nathan Road, the main thoroughfare in the urban area of Kowloon, had been obfuscated on Google Street View, which was updated in Hong Kong last year.

According to HKFP, one read “Xi Jinping must die for the sake of the world,” while the other said “liberate Hong Kong, revolution of our times.” However, both of the messages could be visible when viewed from further down the road.

TNW confirmed that the messages remained blurred from certain views today, although we’ve had to rely on HKPF for the translation.

Google said the blurring wasn’t intentional, but merely the result of an algorithmic flaw.

“Our automatic blurring technology aims to blur faces and license plates so they can’t be identified, but it looks like we didn’t get it right in this instance,” a representative for the Big G told HKFP in an email.

In Google‘s defense, the vast majority of protest graffiti in Hong Kong remains visible on Street View, and the service’s algorithm often inadvertently blurs street signs. But the reports of it obfuscating political slogans will further fears that western tech firms are bowing to Beijing’s censorship demands.

So you’re interested in AI? Then join our online event, TNW2020, where you’ll hear how artificial intelligence is transforming industries and businesses.