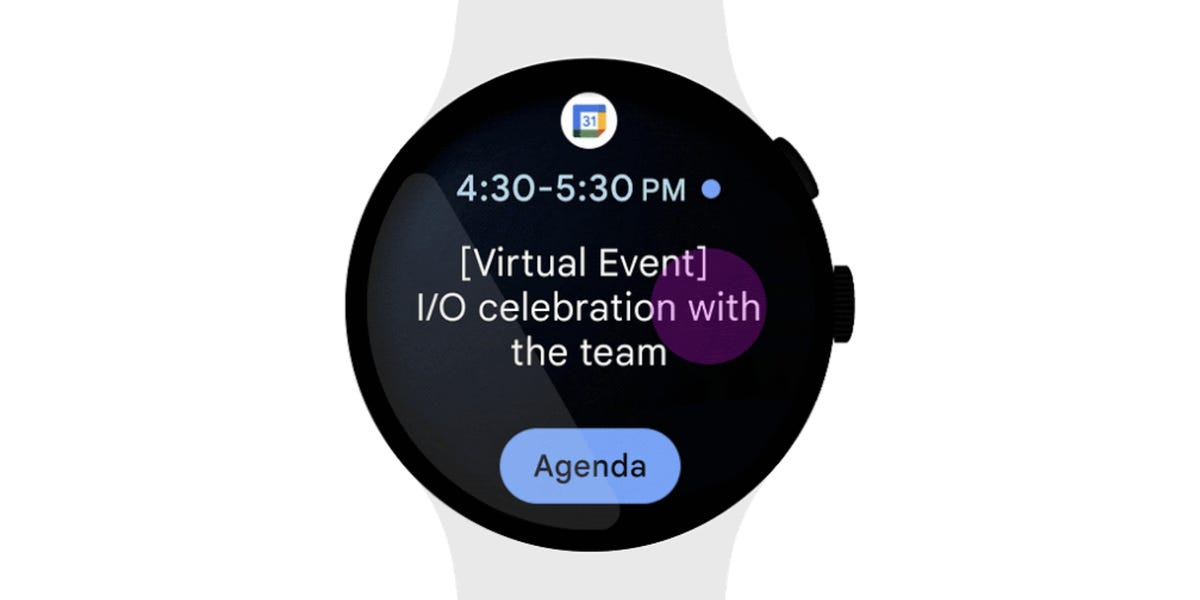 Google and Samsung are working together on the new version of Wear OS, which should give the Apple Watch stronger competition.

Google is finally taking smartwatches seriously again. During the 2021 Google I/O developer conference, the company announced that it's partnering with Samsung to create a revamped version of its Wear OS platform.

The new software should give Google-powered smartwatches longer battery life, faster performance, and more apps. It also leverages some of Fitbit's health-oriented features, coming after the search giant acquired the digital health company earlier this year.

In other words, Google and Samsung are teaming up to compete with the Apple Watch, the world's most popular smartwatch. Apple accounted for 40% of smartwatch shipments in the fourth quarter of 2020, according to Counterpoint Research, far outpacing Samsung, Huawei, and Fitbit.

Although there are few details about when the software will launch and which watches will be the first to get it, the update is a welcome sign for Android users in the market for a smartwatch.

Google hasn't meaningfully updated its smartwatch platform in years. But this new partnership with Samsung and its acquisition of Fitbit prove that Google is still committed to wearable devices.

Google hasn't provided many specifics, but did say the Wear OS updates will begin rolling out later this year.

We don't know exactly which watches will get it, but Samsung did say during the keynote that the next Galaxy Watch will run on the new version of Wear OS.

Google and Samsung's new software should make apps run 30% faster on smartwatches powered by the latest chipsets, Google said in a blog post. That last part is crucial, considering slow processors have been partially to blame for hampering the success of Wear OS smartwatches in the past.

Google also says that smartwatches running on the new software should be able to last more than a day on a single charge while offering features like continuous heart rate and sleep tracking.

Wear OS will also get interface improvements that make it easier to switch between apps and customize the home screen with Tiles, which are essentially widgets. Fitbit features, like health tracking and goal celebrations, are also coming to Wear OS, and Google says apps like the Google Assistant and Google Maps will get updates for Wear OS as well.

The Apple Watch's ease of use is one of the main reasons we've chosen it as our favorite smartwatch, so hopefully the new interface will allow for a similarly intuitive experience for Android fans.

More apps, and catching up to the Apple Watch

As part of the collaboration, Samsung is pivoting away from its current smartwatch software and combining it with Google's to create the new version of Wear OS.

That's a good thing for smartwatch shoppers. Developers can build apps that will work across Samsung and Wear OS watches rather than having to choose between the two.

Google already operates one of the largest mobile app stores in the world, and Samsung is the second-largest smartwatch maker behind Apple. So developers have plenty of motivation to optimize their apps for the new platform. Google says a new watch face design editor made by Samsung will be among the new tools available for developers.

But above all else, the update could give Wear OS the most important element it's been missing: consistency. The biggest benefit Apple has always had over Google has been that no matter which iPhone you buy, the software feels the same. That concept translates to the Apple Watch as well since all models run on the same watchOS software.

Now, Google is seemingly trying to bring that level of consistency to its smartwatch platform, which will hopefully result in a much more compelling experience for Android fans.