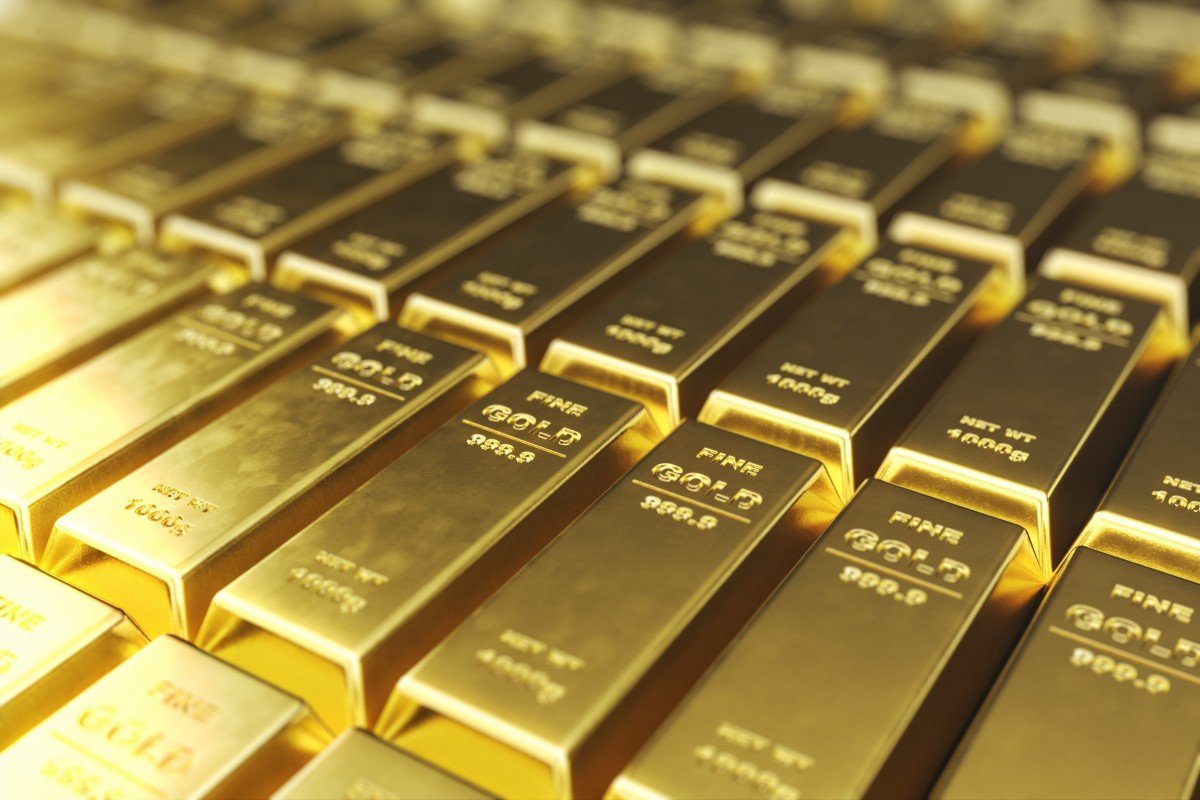 Traders bullish as gold price is poised for strongest growth in almost a decade, having gained 15 per cent amid Hong Kong protests, US-China trade war

Rally is expected to continue next year, with some seeing a further 20 per cent price rise amid geopolitical uncertainties. Gold rose 15 per cent in 2019, easily beating Hong Kong’s benchmark Hang Seng Index’s 7 per cent rise
The gold price is poised for its strongest annual growth in almost a decade, having gained more than 15 per cent in 2019.

The gold price hit a high for the year of US$1,551.83 per ounce on September 4, when uncertainty in the markets, caused mainly by the US-China trade war, was at its most intense.

As the two biggest economies later began to reach agreement in their trade talks, the gold price fell. It stood at US$1,479.61 an ounce on Sunday (December 22), which is 15.4 per cent higher than it was at the end of 2018.

That is the biggest annual jump in gold since 2010, when it shot up by almost 30 per cent. The returns generated by gold investment this year have beaten Hong Kong’s benchmark Hang Seng Index, which has climbed almost 8 per cent.

“The main driver of the gold price this year has been lower global interest rates amid heightened geopolitical tension in Europe over Brexit, as well as the trade war between the US and China,” said Stephen Innes, chief Asia market strategist of AXI Trader.

The political and diplomatic turmoil led to fears of a global recession, which has driven investors to buy into gold and drive the price up, Innes said.

“Ultimately, the softening global economy as a result of the trade war has forced central banks to lower interest rates which meant the risk-free cost of holding gold versus a lower US treasury yield,” he said.

Innes believes the gold price will trade between US$1,300 and US$1,600 next year, depending on the trade talks outcome and broader economic outlook.

Jasper Lo, another veteran gold trader, is even more bullish.

“The protests in Hong Kong show no sign of ending soon, and that has been considered by investors as one of the international uncertainties. In addition, both China and India have faced inflation problems. Whenever there is worry over inflation, investors like to buy gold to hedge against the risks of inflation and hence drive the gold price to rise further,” Lo said.

Joshua Rotbart, founder and managing director of Hong Kong-based J. Rotbart & Co, which trades gold and other precious metals, believes the gold price will climb to between US$1,580 and US$1,620 by the end of 2020, which would means gaining another 10 per cent.

“We are bullish on gold. We believe some of the [same] financial concerns will be playing out next year too, as well as the continued tensions between the US and China. On top of that, gold is becoming more scarce, and production and mining are getting more costly,” he said.

The trade war has dragged down China’s economic growth this year to the slowest pace in decades, while Hong Kong entered a technical recession for the first time in 10 years in the third quarter as anti-government protests devastated the retail and tourism sectors.

“There are questions about whether the global trade regime that was set after the second world war is coming to an end,” Rotbart added. This has led to worries over corrections in stock markets and led investors to bet on gold this year.

“The increase in purchases of gold by central banks, notably Russia, China, Turkey and Poland, reflects governments’ growing worries about their abilities to stabilise their currencies in this uncertain climate. Low and even negative interest rates make gold more attractive as a safe alternative to government bonds,” Rotbart said.

“The global economy and political situation are not looking good next year. Besides Brexit and the trade war, the Middle East situation is also intense.

“There are many lay-offs in the banking sectors worldwide. When the economic outlook is not looking good, investors will bet on gold as a safe haven,” said Jrearz, who expects gold to rise over US$1,500 in 2020.
Add Comment