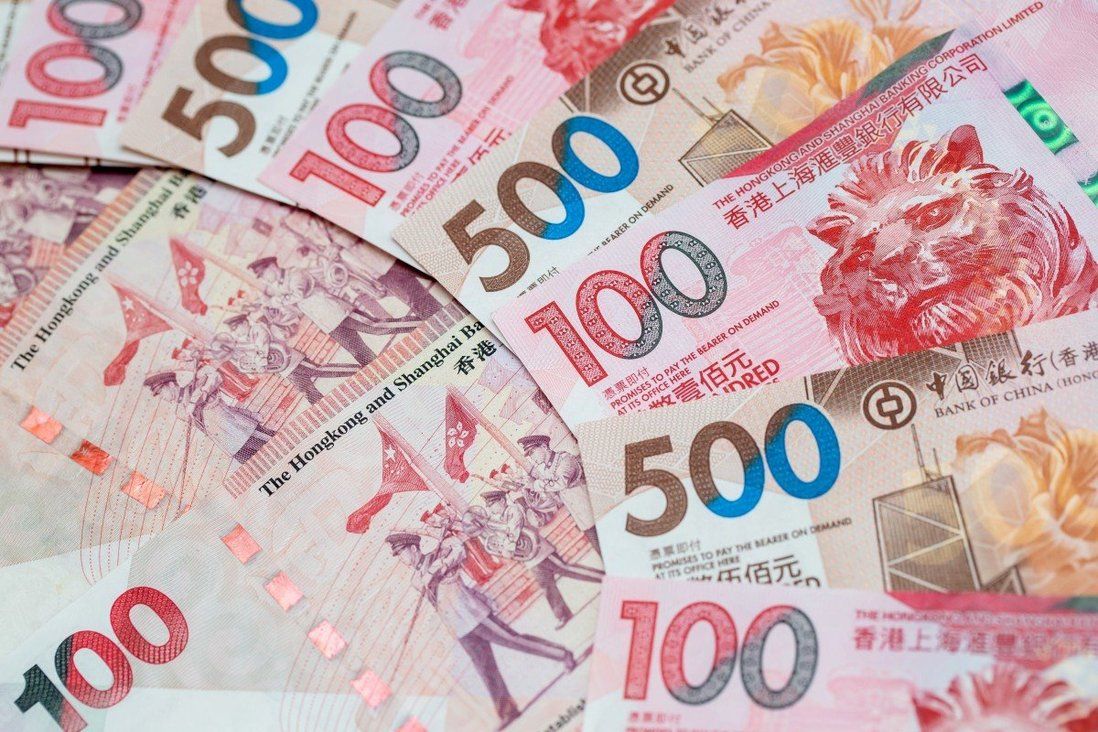 Lotteries for HK$20 million worth of shopping coupons, a HK$5 million cash grant, free insurance policies and gold bars are among the fresh incentives provided by Hong Kong’s private sector to convince residents to get a Covid-19 vaccine.

The offers, dangled over the past two days, take the total amount put up by city businesses to more than HK$113 million (US$14.6 million).

Tycoon Li Ka-shing’s companies and charity foundation said on Tuesday that they would throw raffles for HK$20 million worth of shopping coupons to be used within its businesses, which range from properties and retailing, to hotels and electricity.

Property developer New World Development will offer a total of HK$10 million, including giving 5,000 underprivileged people an allowance of HK$1,000 each for vaccination and health consultation.

The developers required participants to have had two doses of a Covid-19 vaccine in Hong Kong, whereas the insurance firms only require one jab.

The incentives add to a long list of perks the private sector has rolled out since May 26 in response to the government appeal to the public to be vaccinated against the coronavirus.

Officials have conceded that the city’s vaccination rate leaves much to be desired compared with the 70 per cent target after introducing it in February.

But the incentives have helped boost the vaccination rate, with just over 15 per cent of 7.5 million Hongkongers having received both doses so far. 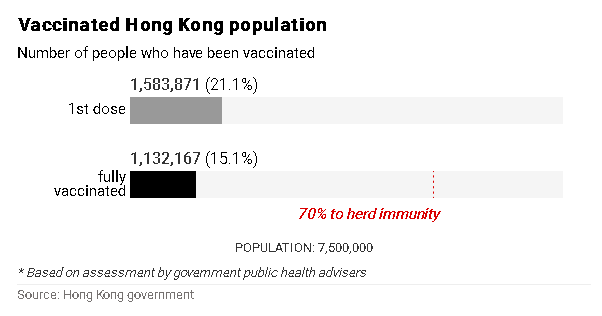 Li, who is Hong Kong’s wealthiest person with a net worth of US$35.4 billion, was fully vaccinated last month.

They will draw 36 winners for the shopping coupons to be used in its retail businesses, including ParknShop supermarkets, and Watson and Fortress stores.

Coupons can even be spent buying a CK Asset property, such as a flat.

New World’s offer will target the underprivileged, with half of its HK$10 million giveaway programme earmarked for cash grants and health checks, and the rest will include support for the wider public. 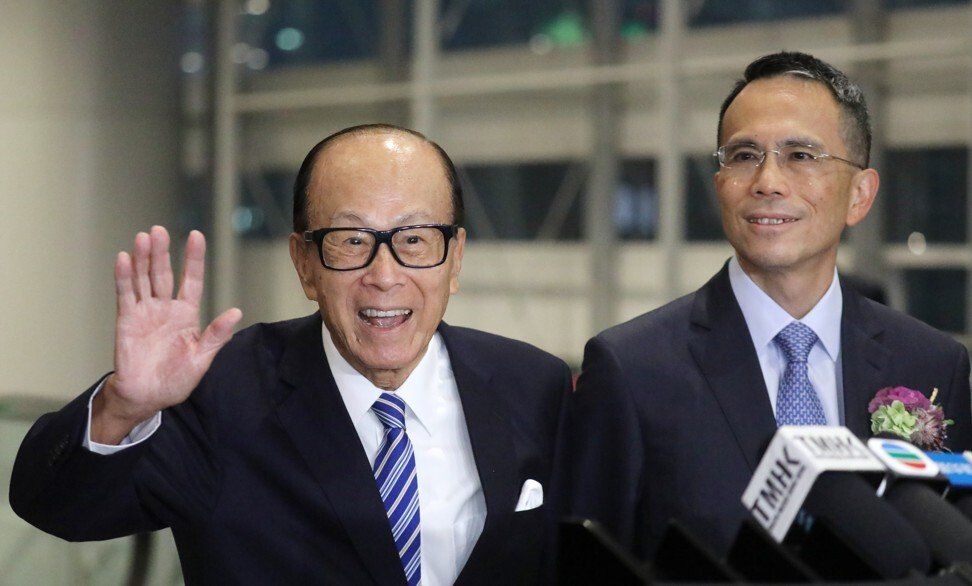 Tycoon Li Ka-shing’s companies and charity foundation are offering up HK$20 million worth of shopping coupons.

Adrian Cheng Chi-kong, the group’s CEO, said many NGOs were concerned about the disadvantaged, who were discouraged from being inoculated as they lack paid leave to get vaccinated, and could not afford a consultation with a doctor to determine if they were fit enough to be inoculated.

The group plans to cooperate with non-governmental organisations such as Hong Kong Lutheran Social Service, LC-HKS, the Society for Community Organisation, and St James’ Settlement to give incentives to about 5,000 beneficiaries.

The handouts will be granted between June and August, and those eligible must have two doses of a vaccine.

“Through these partnerships, we are able to offer support and subsidies precisely to the community that is most in need,” Cheng said.

On Monday, property tycoon Lee Shau-kee’s Henderson Land Development said it would hold six lotteries for prizes worth HK$10 million, including 300 taels of pure gold and shopping coupons within its business units.

Fully vaccinated Hong Kong residents aged 18 or above will be allowed to take part in the draws, which are to take place next month, with a grand prize of 60 taels of gold worth HK$1 million. 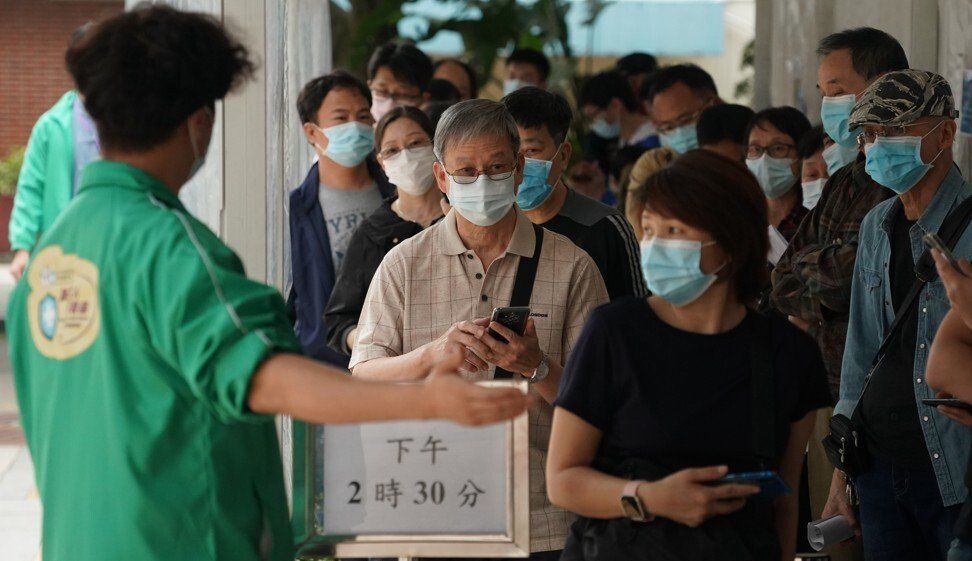 Take-up for Hong Kong’s vaccination programme has been slow.

As part of Henderson’s offer, HK$3 million worth of awards will be given away through its utility arm, The Hong Kong and China Gas Co., known as Towngas, in the form of shopping vouchers.

The vouchers will have to be spent on Towngas’ business units such as cooking classes and kitchenware.

To encourage the public to be vaccinated earlier, Towngas will hold five rounds of raffles between August and September. A raffle will give away HK$10,000 shopping vouchers to each of the top 50 winners, and HK$1,000 each to 2,500 winners.