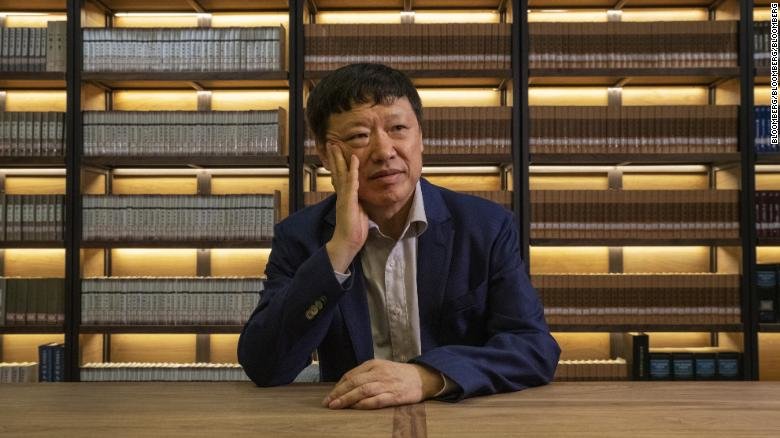 "Unrest on the street needs spiritual support, incitement and encouragement - and that's exactly what the US and the West are offering, in a very deliberate and intense way," Global Times editor-in-chief Hu Xijin told CNN

A former war correspondent for the People's Daily, the ruling Communist Party's official newspaper, 59-year-old Hu has a loyal following in China, where he posts daily commentaries in writing and videos to nearly 20 million fans on Weibo, China's equivalent of Twitter. His presence on Twitter, which has long been blocked in China, is a more modest 75,400 followers.

The tabloid that Hu edits is known for its nationalistic coverage and bellicose opinions, which are frequently quoted by Western media. Published in both Chinese and English, the Global Times boasts a daily circulation of two million copies, and every month its website attracts around 30 million unique visitors.

Where other state media outlets adopt a more measured tone, Hu's paper takes a combative approach to covering international issues by calling out perceived threats and slights to China from across the world.

"(US politicians and officials) are telling Hong Kong society that you've become a model for democracy for the world," Hu said, recalling his own experience as a student protester in Beijing's Tiananmen Square in 1989.

"I was a student in the square and we listened to the Voice of America every day. It was immensely encouraging when we heard US leaders say such things," he added. "How could you say that the US bears no responsibility for what's happening in Hong Kong?"

Chinese officials - and Hu's Global Times - have also compared the protests to the "color revolutions" of the 2000s that succeeded in toppling governments in the former Soviet Union and the Balkans. The comparison suggests that the protesters' aim is to overthrow the government, which is not among their stated goals.

The State Department has rejected suggestions that the US has played any role in the crisis, and has called on Beijing to exercise restraint.

"We categorically reject the false charge of foreign forces as the black hand behind the protests. The continued erosion of Hong Kong's autonomy puts at risk its long-established special status in international affairs," the department said in a statement.