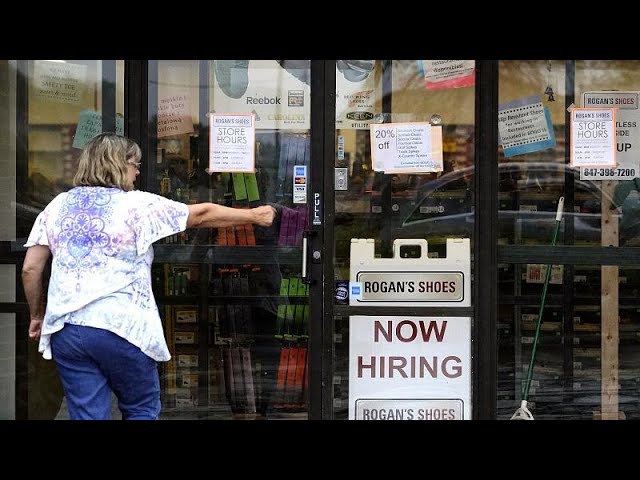 For every 14 people fully vaccinated in the second quarter of 2021, one full-time equivalent job was added to the global labour market, substantially boosting the recovery.

The International Labour Organization (ILO) has called for developed and developing nations to speed up their vaccinations to achieve a global recovery of the labour market.

The loss of working hours in 2021 because of the pandemic will be significantly higher than previously estimated, according to ILO.

It is now projectingthat global hours worked last year will be 4.3% below pre-pandemic levels (the fourth quarter of 2019), the equivalent of 125 million full-time jobs.

This represents a dramatic revision of its June projection of 3.5% or 100 million full-time jobs.

The UN agency warns that without concrete financial and technical support, a "great divergence" in employment recovery trends between rich and poor countries will persist.

"We're looking at a global economy which looks like it's bouncing back with 5% growth or more. And yet, labour markets are not getting back to where they were, and the deficit is very substantial," said ILO Director-General Guy Ryder.

"We're seeing evidence of what we call a great divergence. The rich world is doing relatively well, but regrettably, the developing and emerging countries really are going nowhere. And this should be a matter of the greatest concern to policymakers," Ryder added.

In the third quarter of 2021, total hours worked in high-income countries were 3.6% lower than in the fourth quarter of 2019.

Europe and Central Asia experienced the smallest loss of hours worked, compared to pre-pandemic levels (2.5%), followed by Asia and the Pacific at 4.6%. Africa, the Americas and the Arab States showed declines of 5.6, 5.4 and 6.5% respectively.

This divergence is largely driven by the major differences in the roll-out of vaccinations and fiscal stimulus packages.

For every 14 persons fully vaccinated in the second quarter of 2021, one full-time equivalent job was added to the global labour market, according to estimates. This substantially boosted the recovery.

In the absence of vaccines, losses in hours worked would have stood at 6.0% in the second quarter of 2021, rather than the 4.8% actually recorded.

ILO believes these imbalances could be rapidly addressed through global solidarity and more equitable access to vaccines.

Additionally, the fiscal stimulus gap remains largely unaddressed, with around 86% of global stimulus measures being concentrated in high-income countries.

The impact of the COVID-19 crisis on productivity, workers and enterprises has led to greater disparities.

The productivity gap between rich and poor countries is projected to widen to the highest record since 2005.

"The current trajectory of labour markets is of a stalled recovery, with major downside risks appearing, and a great divergence between developed and developing economies," noted Ryder.

"Dramatically, unequal vaccine distribution and fiscal capacities are driving these trends and both need to be addressed urgently."

Last June, ILO launched a global call to action for a human-centred COVID-19 recovery, with a roadmap that ensures countries that their economic and social recovery from the crisis will be fully inclusive, sustainable and resilient.

"It is time to implement this roadmap, which is fully aligned with and supports the UN's Common Agenda and its Global Accelerator for Jobs and Social Protection," Ryder went on.