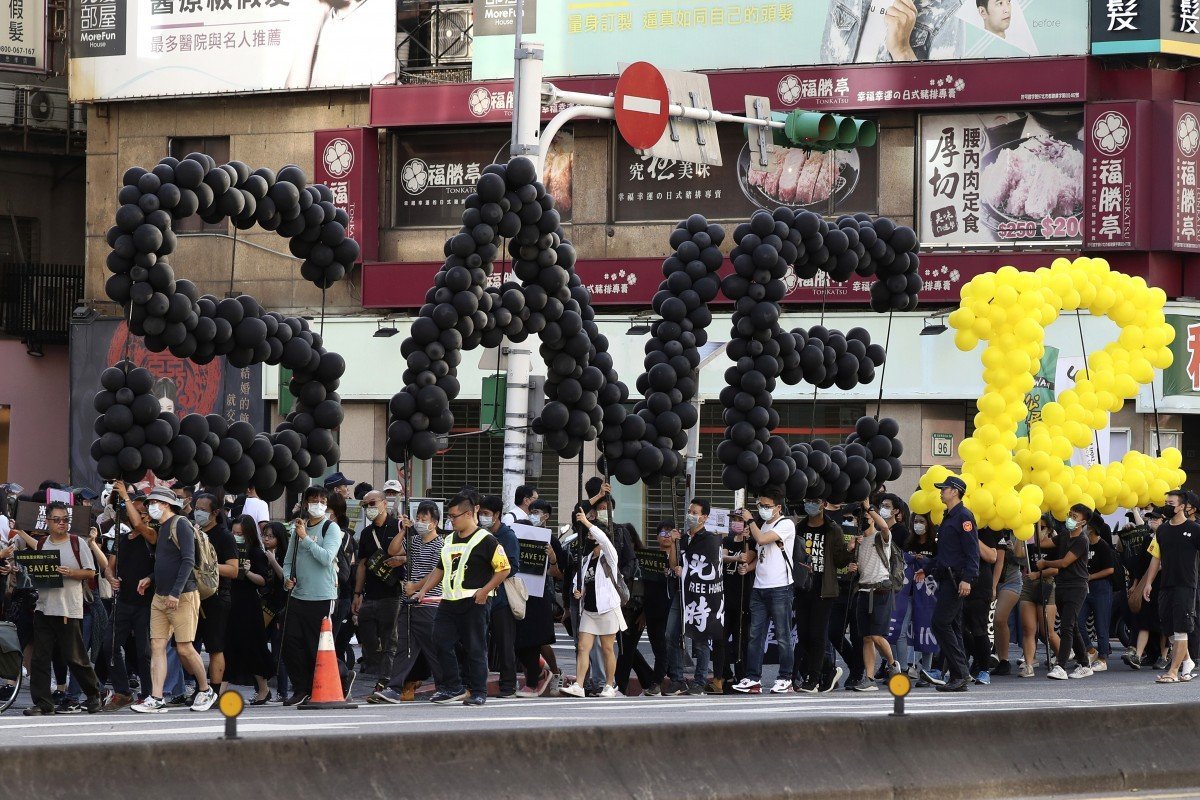 Supporters of 12 Hong Kong fugitives detained in mainland China for more than two months staged demonstrations around the world at the weekend calling for their release, ahead of an online event conducted by relatives hoping to bolster support.

The demonstrations follow numerous activists and sympathisers – Swedish environmental activist Greta Thunberg among them– taking to social media in recent weeks, posting photos of themselves alongside the message “#save12hkyouths”.

The Hongkongers were intercepted by the Chinese coastguard in late August as they attempted to flee to Taiwan to escape prosecution at home for offences mostly stemming from last year’s anti-government protests. 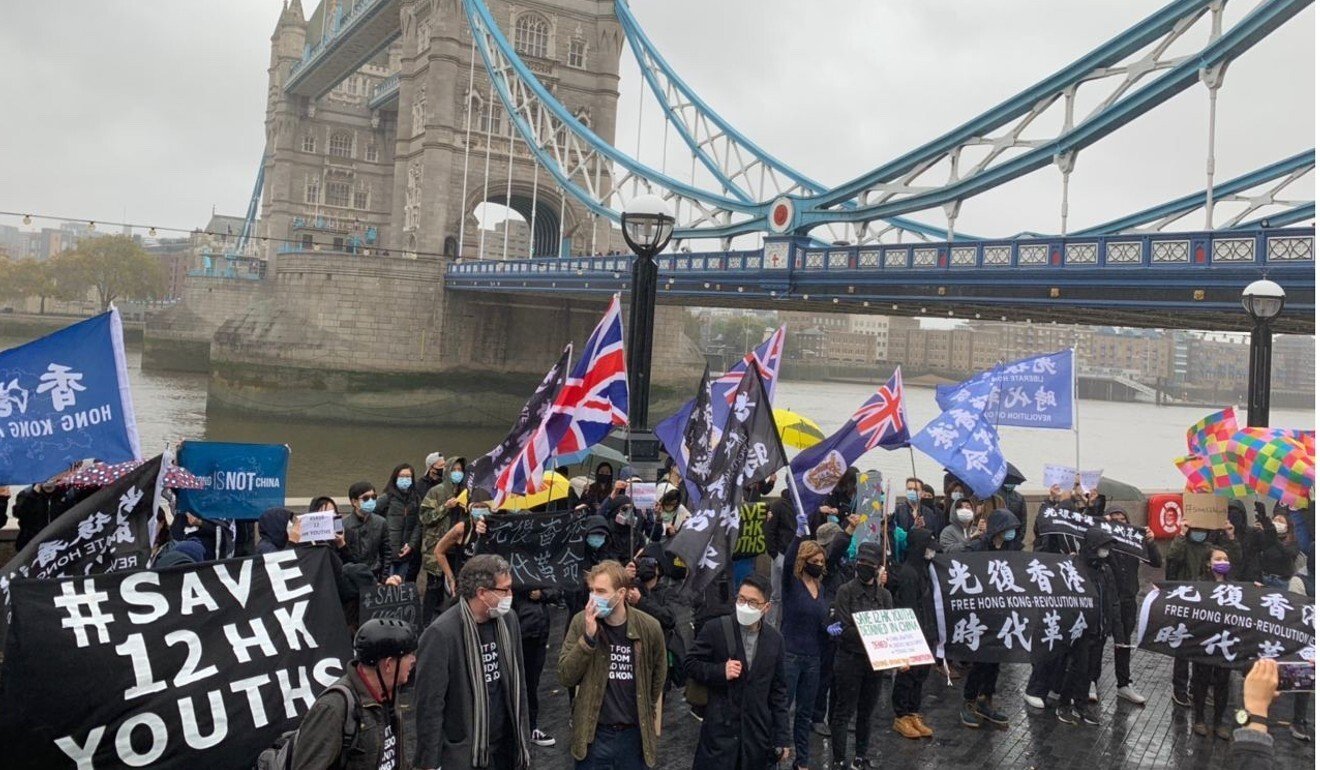 One, 29-year-old activist Andy Li, was arrested under Beijing’s sweeping new national security law for the city, which criminalises acts of secession, subversion, terrorism and collusion with external forces.

The Hong Kong event was streamed on a Facebook page dedicated to the cause, attracting more than 8,000 viewers at the peak. In a local studio, activist Gwyneth Ho Kwai-lam interviewed relatives of some of the detainees, who urged local deputies of the National People’s Congress to help them liaise with the central government for the return of their loved ones.

The wife of Wong Wai-yin said family members were disappointed the Hong Kong government had been reluctant to offer assistance.

“In China, only respected people can become NPC deputies,” she said. “They can have access to central government people.”

The father of Cheng Tsz-ho said: “If they can help liaise with the central government, there will be a higher chance the Hong Kong people can be released sooner.”

He called his son an “innocent, good boy” who might struggle with the circumstances of his confinement.

“They do not necessarily need to beat you, but just put you in an isolated cell” he said. “I very much worry that he will not be able to withstand it.”

Political activist Joshua Wong Chi-fung also appeared, saying: “That we could mobilise so many overseas Hongkongers and supporters to join forces to make their voices heard is a significant message – that is, despite the imposition of the national security law, we have not given up our fight and the world has not given up concern about Hongkongers.”

In London, where Saturday’s largest rally took place, Hong Kong activist Nathan Law Kwun-chung spoke to a crowd gathered near the Tower Bridge, his first public speech since going into self-imposed exile after the security law was imposed on June 30.

“It’s an important time to vow our support to the Hong Kong people and the 12 detained in mainland China,” he said. “Our demand is simple: democracy and autonomy. And we will not give up.” 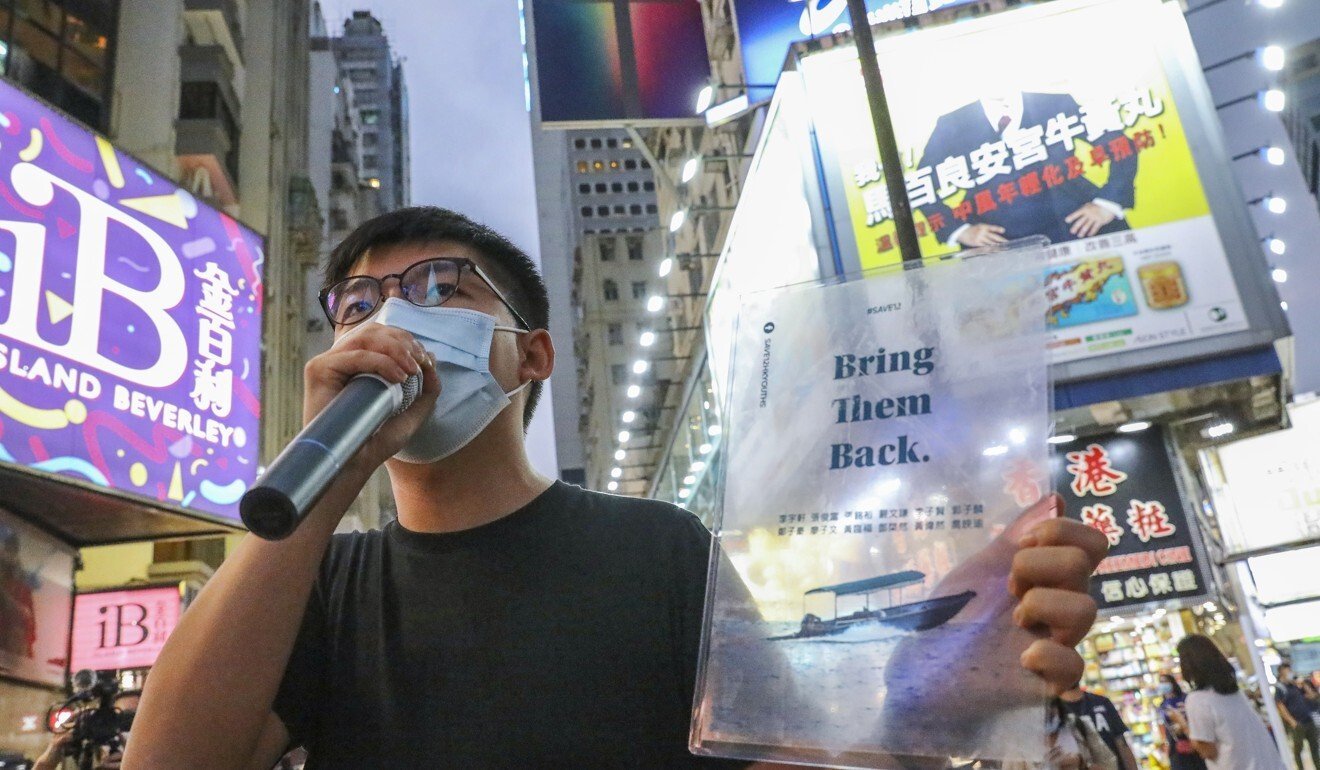 “They are in a prison in China,” Rogers said. “And we are here to cry out to the world to say free the 12 Hongkongers. Return them to Hong Kong.”

“If [their return] cannot happen immediately, at least allow them to have lawyers of their choice, to have medical access if they needed, to have contact with their family.”

There were also rallies in New York and San Francisco, Brisbane and Melbourne, as well as in Sweden, Germany, the Netherlands and Italy. In Taipei, 3,000 people took part in a march on Sunday, according to organiser Hong Kong Outlanders.

Lee was accused of following the former convenor of pro-independence group Studentlocalism and providing snapshots to pro-Beijing newspapers in Hong Kong. Lee has been banned from entering Taiwan for an unspecified period of time.

Attempts by lawyers appointed by the families to meet the detainees have repeatedly been rejected by mainland authorities, who have said each is already represented by two lawyers.

Shenzhen authorities confirmed last month 10 in the group were arrested on suspicion of illegally crossing the border, while the other two were held for organising the crossing, a more serious charge that carries a potential seven-year sentence.

Despite calls for the Hong Kong government to provide assistance and bring them back, local authorities have said the 12 would first have to be dealt with in accordance with mainland law.

Hong Kong police earlier this month arrested nine people on suspicion of helping the fugitives. They stand accused of providing funding, arranging a speedboat and organising hideouts in Hong Kong and Taiwan for the fugitives.