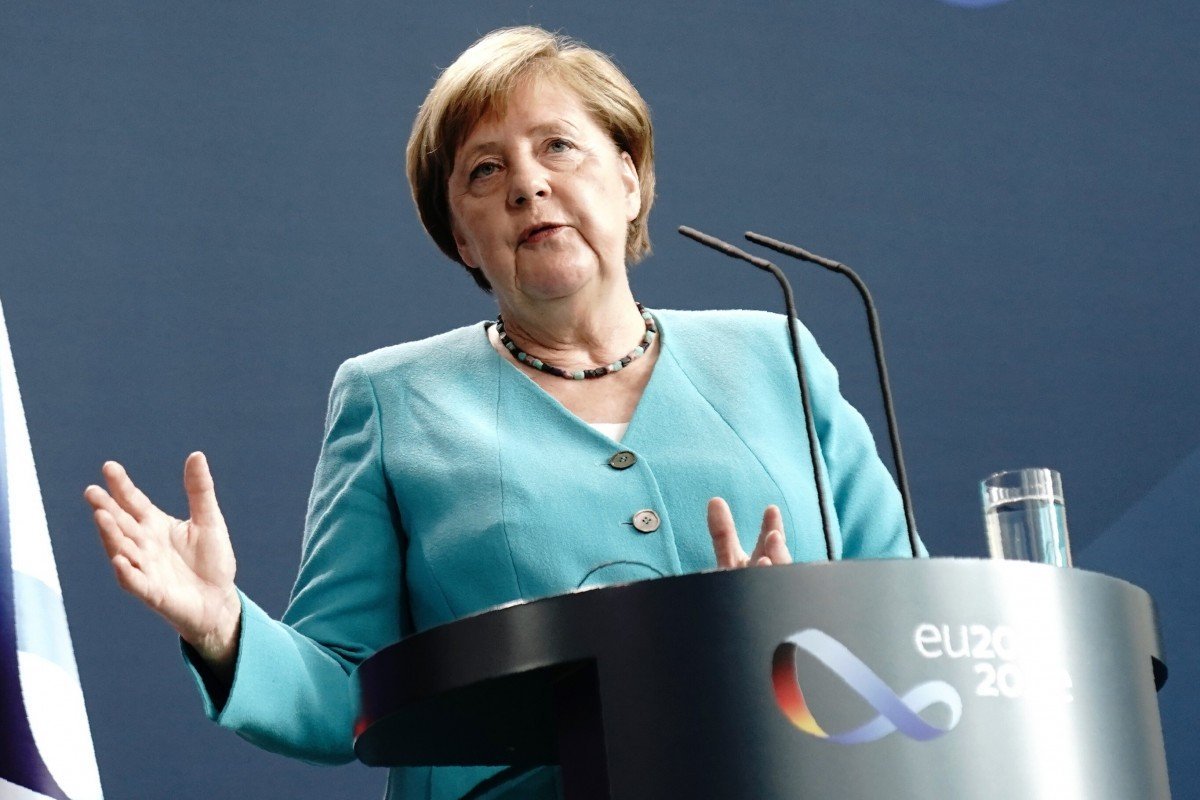 Chancellor sees ‘no need’ for additional measures to help relocate Hongkongers amid concerns over new legislation passed by Beijing. Merkel says Europe must continue dialogue with China because of its importance in the world

Germany plans no specific measures to allow Hong Kong citizens affected by the new national security law to relocate, Chancellor Merkel said, adding that the right to asylum in Germany was available to anyone in the world.

At a press conference to open Germany’s presidency of the European Union’s council on Thursday, she said Europe must continue its dialogue with China, because of the country’s importance in the world and to Europe specifically.

“We will continue to pursue dialogue with China in all areas: on human rights, on social questions, but also on investor protection, reciprocal trade relations and climate protection, because without China we won’t be able to halt climate change,” she said.

Turning to calls for countries to offer Hong Kong citizens an escape path from the region she added: “The right to asylum in Germany is available to people everywhere, so I don’t see a need for further action on this.”

The Chinese foreign ministry has called on Britain and Australia to “remedy their mistake” following their announcements of potential help for Hong Kong citizens.

Britain announced on Wednesday that Hongkongers eligible for British National (Overseas) passports, their spouses and underage children would be allowed to resettle in the UK and given a path to British citizenship.

Australian Prime Minister Scott Morrison said the situation in the city was “very concerning” and his government was “very actively” considering proposals to welcome in Hong Kong residents.