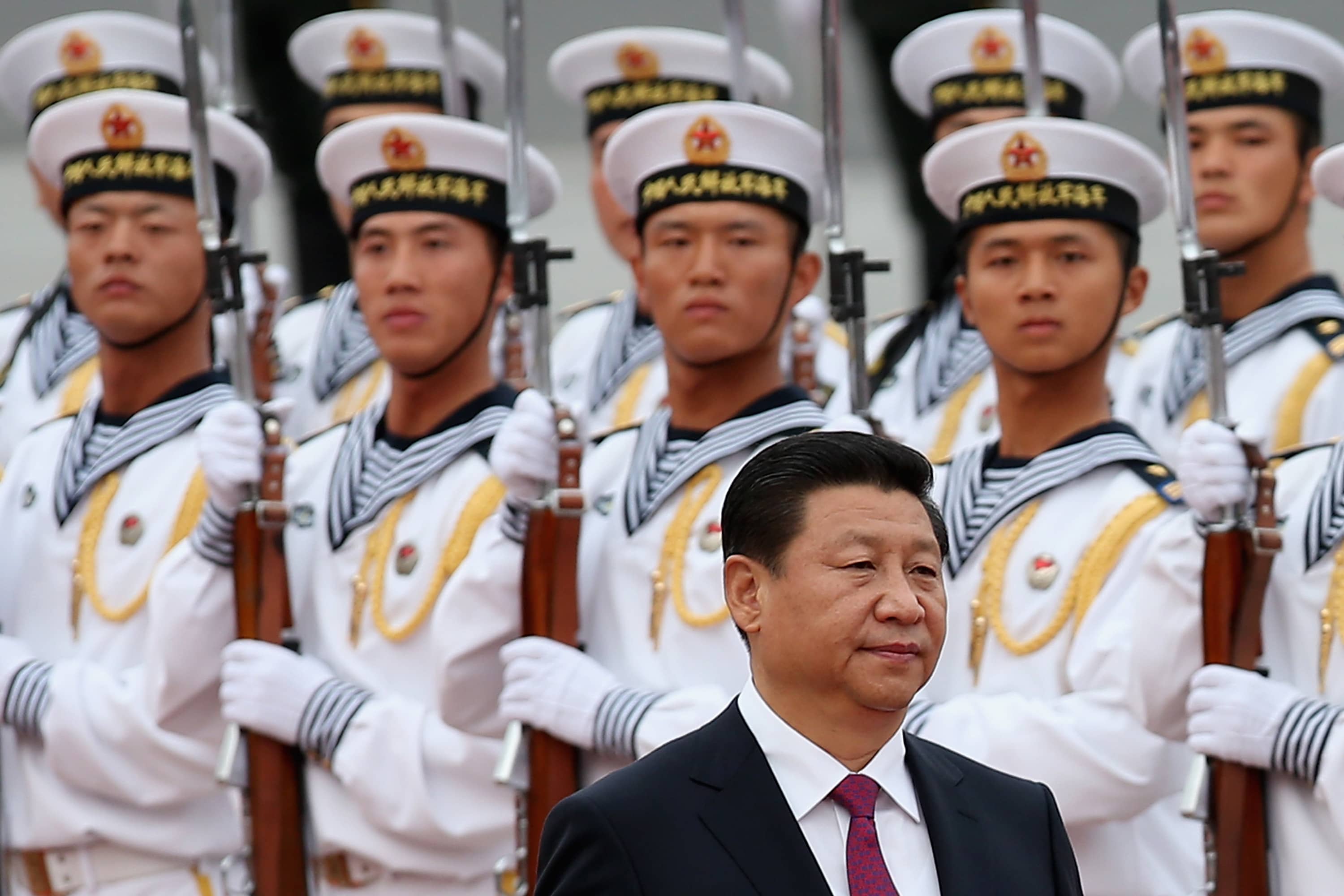 The frigate Bayern is sailing through the South China Sea in the first deployment of a German warship to the Indo-Pacific in almost 20 years.

China's growing naval power is "explosive" and a cause for concern, said German Chief of Navy, Vice Adm. Kay-Achim Schonbach, who urged Beijing to follow the international rules-based order.

Schonbach said China is increasing the size of its navy by the equivalent of the entire French navy every four years.

"I can understand the political leaders in China ... now say 'We want to have a big navy. We want a blue-water navy' — of course, also to make power," Schonbach told CNBC's "Squawk Box Asia" on Wednesday. A blue-water navy is one that can operate globally in open oceans and is not limited to near-shore functions.

"The question is if they fit into the international rules-based order," he said.

Schonbach made his comments as the German frigate Bayern is docked in Singapore. The Bayern arrived Monday as part of a six-month deployment to Asia-Pacific. It is sailing through the South China Sea, marking the first deployment of a German warship to the Indo-Pacific in almost 20 years.

China's growing naval might has become a source of increasing concern for the United States as well as democracies in Europe and Asia.

According to a recent report on Chinese military power, the U.S. Department of Defense said China is the world's biggest ship-producing nation and is nearly self-sufficient in those endeavors. It also expects China's second domestically built aircraft carrier to enter service by 2024 and projects the country to maintain between 65 and 70 submarines by the mid-2020s. 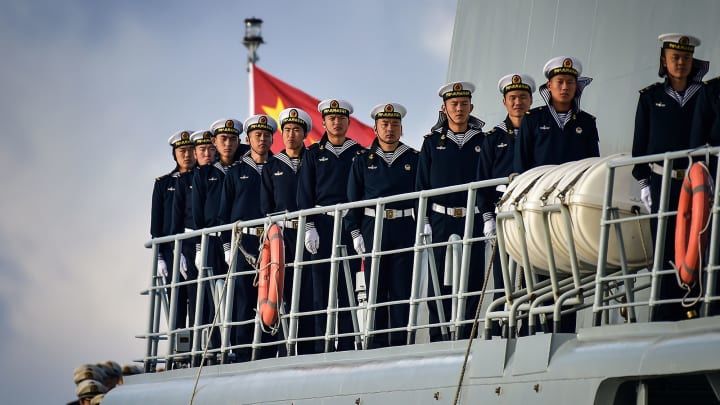 Chinese servicemen during a seeing-off ceremony for Russia's and China's warships heading to take part in the second stage of Naval Cooperation 2017, a joint Russian-Chinese military exercise in the Sea of Japan and the Sea of Okhotsk, at the 33rd mooring in Vladivostok.

China claims most of the South China Sea as its own territory though other countries and an international ruling from the Hague have rejected those claims.

During a visit to the Indo-Pacific region last week, Secretary of State Antony Blinken called on China to cease its "aggressive actions" in the region.

"Nowhere is the rules-based maritime order under greater threat than in the South China Sea," Blinken said in July. "The People's Republic of China (PRC) continues to coerce and intimidate Southeast Asian coastal states, threatening freedom of navigation in this critical global throughway."

Germany's deployment of the Bayern comes after the country issued policy guidelines on the Indo-Pacific region last year, which noted that European and Indo-Pacific economies "are closely connected through global supply chains." Berlin also said in its announcement that if there are conflicts in the region that "adversely affect security and stability there, this has repercussions for Germany, too."

Schonbach said the deployment is "like a teaser" and signals German commitment to step up engagement in Asia, including through expanding its security and defense cooperation with regional partners.

"We're here for the first time after 19 years to check the battlefield," he said. "Last year, the government of Germany promulgated the guidelines for the Indo-Pacific. This is now the first step. The next step, probably, I hope that we can come on a regular basis — two or three years."