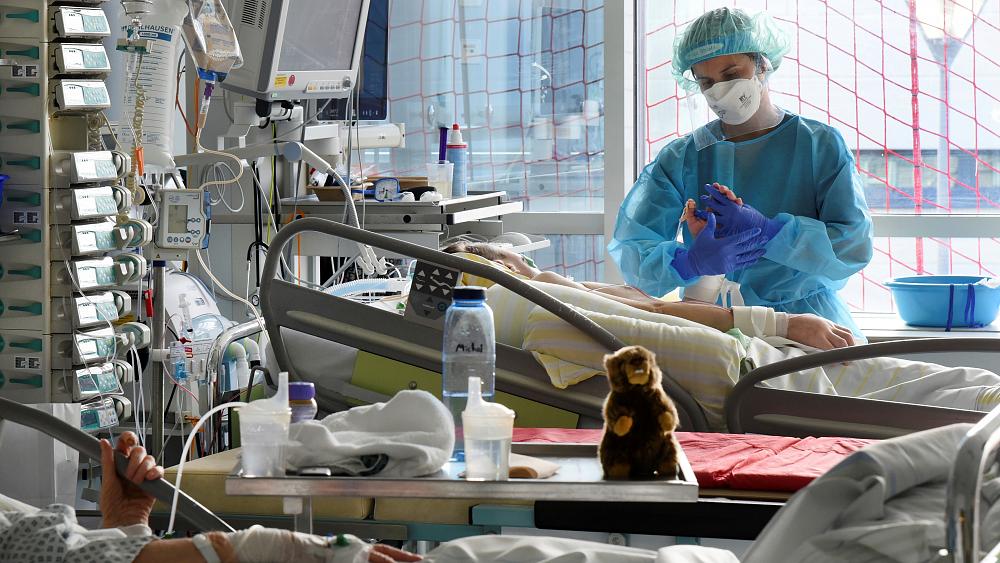 His intervention came as the country has recorded more than 50,000 coronavirus cases in one day for the first time since the pandemic began.

"We must take very many measures necessary to get through this winter. We must shelter our country from the winter," the current Vice-Chancellor said, as his Social Democratic Party (SPD) put forward new proposals along with its future coalition partners the Liberals and the Greens.

According to the Robert Koch Institute of Health Surveillance, there were 50,196 additional COVID-19 cases in the last 24 hours, with 235 deaths.

Germany is among a number of European countries facing a new surge in cases and has recorded record numbers of infections over recent days.

The outgoing chancellor Angela Merkel on Wednesday called the resurgence of infections in the country "dramatic", particularly noticeable since October.

"The pandemic is once again spreading dramatically," her spokesman said, calling on the regional health authorities to take further measures to contain the situation.

The pressure on hospital wards is also increasing.

Several hospitals have said in recent days that they are again working at their limits and have ICUs so full of COVID-19 patients that they cannot admit new patients.

"We have a real emergency situation right now," Christian Drosten, the head of virology at Berlin’s Charite Hospital, said earlier this week.

The outbreak is attributed in part to the relatively low vaccination rate of the population in Germany, at just over 67 per cent.

Several particularly affected states, such as Saxony, Bavaria, and most recently Berlin, have introduced new restrictions aimed at unvaccinated people.

As of Monday, Berlin will ban unvaccinated people from restaurants without terraces, bars, gyms and hairdressers.

A negative test will no longer allow access to these public places if users are not vaccinated or cannot prove that they have recovered from the disease.

In total, almost 4.9 million people have been infected in Germany since the start of the pandemic while 97,198 have lost their lives.

Neighbouring, Netherlands also reported a new record on Thursday with 16,364 new infections detected over the previous 24 hours, the RIVM public health agency said. The previous record was set on December 20, 2020, when just under 13,000 cases had been recorded in 24 hours.

The Netherlands has reported over 2.2 million infections since the start of the global health crisis and deplored the death of 18,637 people.

Oh ya 276 days ago
As winter starts to set in around the world the onslaught begins and the countries will blame the unvaccinated for the ADE of those that took the vaccine. We are now starting to see that they were the experimental group. Bill gates will be all smiles as like he said in that famous Ted talk that with vaccines we can lower the world population by 10 to 15 percent. Sad that someone can say they want to kill you and you go along with their plan to kill you. Darwin awards to all of you
View all comments (1)Add comment