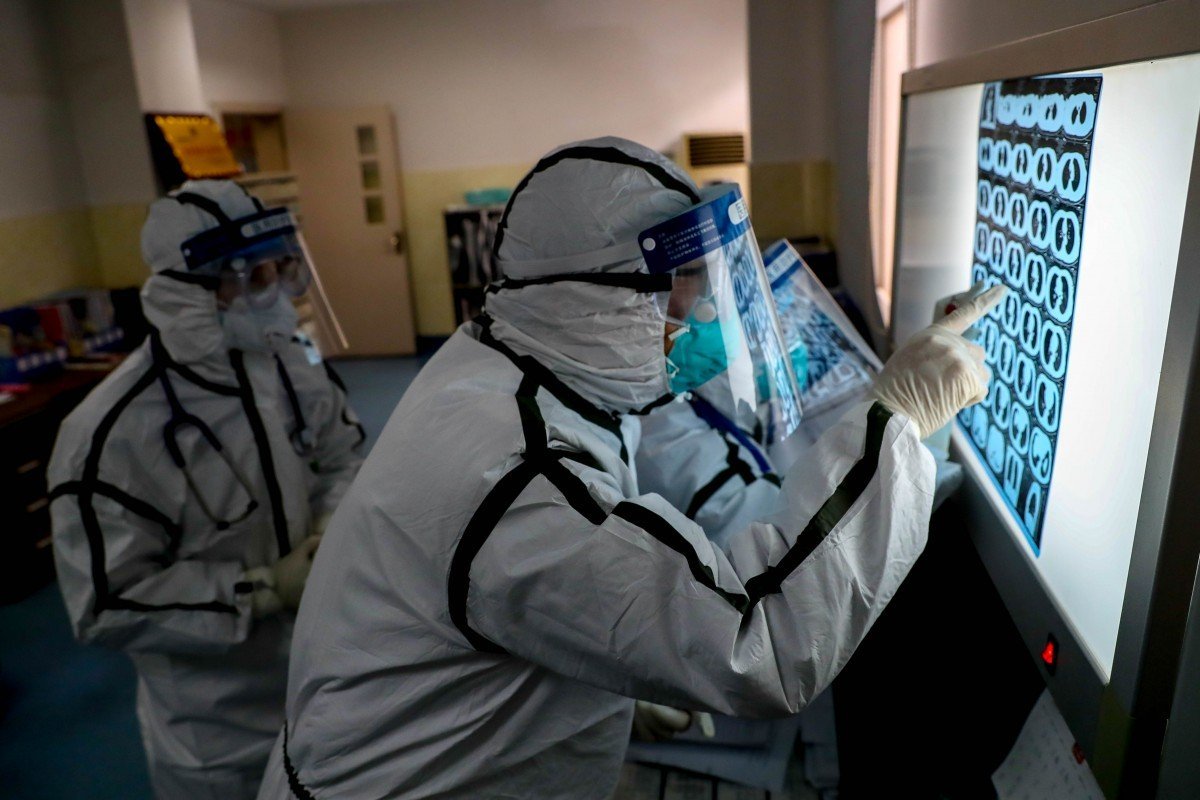 German study on coronavirus carrier with ‘no symptoms’ was flawed

Four people fell ill after Chinese businesswoman visited company near Munich but researchers didn’t talk to her directly, Science magazine says. Other patients said ‘she had been well’ at the time – but that wasn’t the case

A Germany study that suggested people without symptoms can transmit the new coronavirus, based on the case of a Chinese businesswoman who visited Munich last month, was flawed, according to Science magazine.

The woman had been feeling ill when she was in Germany, but researchers did not speak to her, it said. They had instead relied on second-hand sources to reach the conclusion that she was an asymptomatic patient in their paper published in The New England Journal of Medicine on January 30.

The Robert Koch Institute (RKI), the German government’s public health agency, told Science it had submitted a letter to the journal and the World Health Organisation to clarify the matter.

The study was based on a cluster of infections in Germany – the first four cases of the new virus strain there – that emerged after the Shanghai woman visited a company near Munich on January 20 and 21, where she met business partners.

During her stay, “she felt tired, suffered from muscle pain, and took paracetamol, a fever-lowering medication”, according to Science, citing sources familiar with a later phone call between the RKI, the Bavarian Health and Food Safety Authority, and the woman.

However, in the German research paper she was described as being “well, with no sign or symptoms of infection but had become ill on her flight back to China”.

Four people who were at a meeting with the woman later fell ill and tested positive for the coronavirus.

Germany has reported 12 cases of the virus, which has infected more than 24,000 people and killed over 490 since the outbreak began in central China in December.

Researchers involved in the study told Science they had used information from the four other patients. “Apparently the woman could not be reached at first and people felt this had to be communicated quickly,” one of the study’s authors, virologist Christian Drosten of the Charite University Hospital in Berlin, told the magazine.

But the flawed research does not necessarily mean the coronavirus cannot be spread by people without symptoms.
Kou Zengqiang, head of virology at the Shandong Centre for Disease Control and Prevention, told media on Sunday that 14 possible cases of asymptomatic patients had been reported in the eastern province.

Guangdong health authorities also said they had seen such cases, but did not give a number.

And at least seven other provinces – including Liaoning, Zhejiang, Henan and Hubei – have reported cases that are suspected to have been spread by people without symptoms, according to Chinese media reports.

One woman from Wuhan, where the outbreak began, is believed to have infected five relatives in Anyang, Henan province while she showed no sign of illness herself.

If the virus can be transmitted by people without symptoms to others, that could make it even more difficult to control – they would go undetected when passing through airport temperature checks, for example.

But Professor Jiang Rongmeng, a member of an expert panel advising the central government on the outbreak, said people should not panic, suggesting such patients could also be less contagious.

“If a person isn’t coughing, the chance of them spreading the infection is reduced,” Jiang told media on Tuesday.