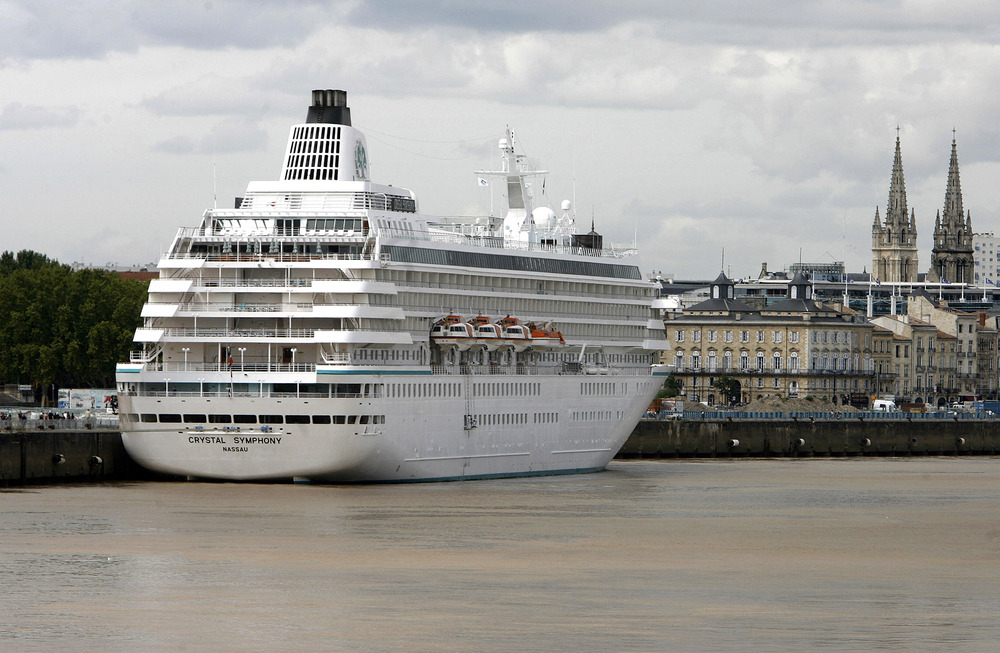 Genting Hong Kong shuts its US Crystal Cruises, lays off all staff&nbsp;

Genting Hong Kong Ltd.’s Crystal Cruises is shutting down its U.S. office and terminating employees, according to a person with knowledge of the matter, days after two of its luxury liners were seized for unpaid bills while its parent looks to restructure with provisional liquidators.
Employees were let go Wednesday, said the person, who asked not to be identified because the information hasn’t been publicly announced. A video of an announcement made to crew aboard a Crystal ship detailed the news, according to a Twitter posting on Crew Center, a forum for cruise workers.

V.Ships, a vessel management company, will be the new managing firm, according to the announcement. Bloomberg News hasn’t been able to independently verify the video.

“Unfortunately, this is the end of Crystal Cruises,” crew were told on the video. “We don’t know what’s going to happen in the future. The ships are for sale.”

The closing of Crystal Cruises’ headquarters operation in Miami follows the ship seizures last week in the Bahamas. A fuel supplier sought the action for US$4.6 million in unpaid bills.

Genting Hong Kong, meanwhile, is working with provisional liquidators to restructure the group. Crystal became the biggest cruise operator worldwide to seek court assistance to safeguard its assets during the pandemic when it asked the Supreme Court of Bermuda on Jan. 18 to appoint the provisional liquidators after exhausting “all reasonable efforts” to negotiate with creditors and stakeholders.

The company reported a record loss of US$1.7 billion in May as the pandemic ravaged the cruising industry. Its German shipbuilding subsidiary, MV Werften, has become insolvent.

Crystal Cruises said earlier it was suspending cruises through May. Its call center has been paused until further notice, and it was still processing customer refunds, according to its website.

Dream Cruises Holding Ltd., an indirect non-wholly owned unit of Genting Hong Kong, will continue to operate its fleet in Asia. New Dream Cruises bookings have been suspended until further notice, while Hong Kong sailings of the Genting Dream liner have been canceled through at least Feb. 16 due to the territory’s strict social distancing regulations, the company said.
Add Comment