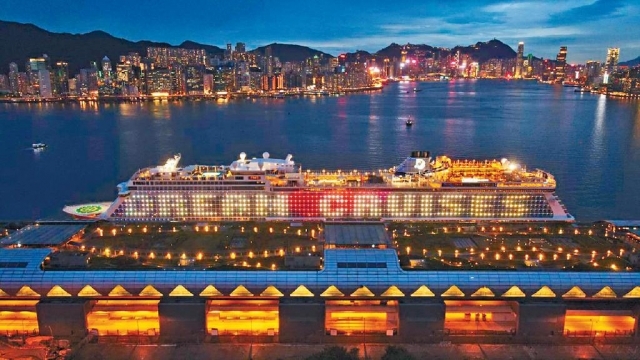 Genting Dream has berthed at Kai Tak Cruise Terminal, where its crew members have received the second dose of the BioNTech vaccine today in preparation for its inaugural sailing on July 30.
Dream Cruises has earlier announced the restart of cruises in Hong Kong, with Genting Dream offering two- and three-night “Super Summer Seacations” with no port calls, in line with government protocols and approval of cruises to nowhere.

No port calls will be made during this initial stage of operations.

Dream Cruises said a full inspection has been carried out on Genting Dream for its ventilation system onboard to ensure sufficient fresh air supply into public spaces and cabins.

The cruise company also added that the anti-epidemic measures onboard would be tighter than those for hotels, and the vessel would have negative-pressure rooms for emergency isolation in cases of suspected Covid patients detected.
#vaccine  #BioNTech  #Covid
Add Comment