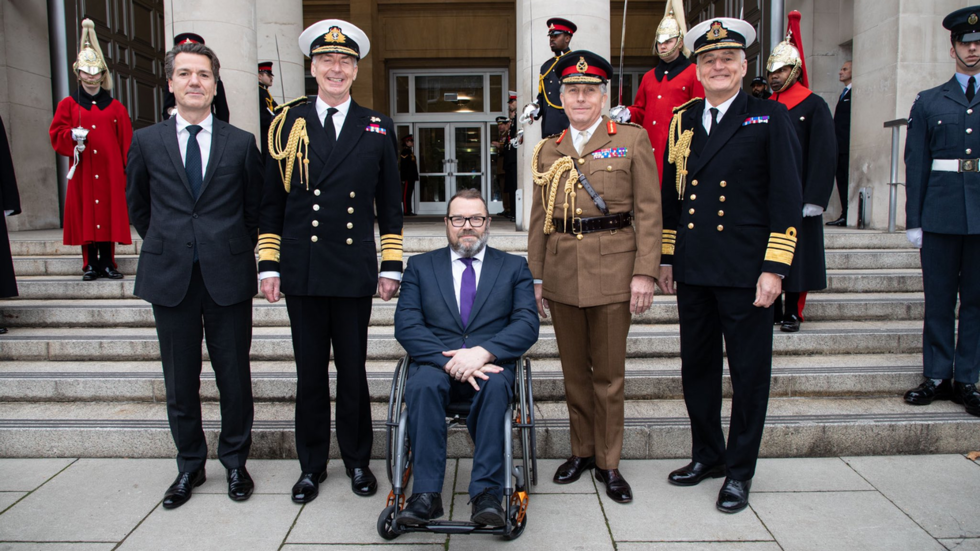 General who warned about ‘accidental’ war with Russia gets replaced

The UK has a new Chief of the Defence Staff, as Admiral Sir Tony Radakin took over the job from the retiring General Sir Nick Carter. The former First Sea Lord will lay out his vision for Her Majesty’s Armed Forces next week.

Radakin officially assumed the post on Tuesday, calling it a “privilege” to lead the Armed Forces in pursuit of British national interests. The government “envisages a strong, secure and confident United Kingdom, actively engaged in the world,” he added.

He also praised his predecessor for “44 years of unflinching service to Crown and Country,” and leaving the military “and our alliances, stronger placed to meet the challenges we face.”

Radakin will share his vision for the Armed Forces at the Royal United Services Institute (RUSI) annual Christmas party on December 7.

Carter was originally supposed to retire in June, but Prime Minister Boris Johnson asked him to stay in the post for a few more months. In what turned out to be one of his last interviews, he told CNN in mid-November he feared an accidental conflict with Russia now more than back during the Cold War era.

“And I think we are now into a period where it's more multi-polar, and I think in a multi-polar world with people competing for different objectives and on different agendas, there's a greater risk of tension leading to the sorts of things that we are talking about,” he said.

Radakin’s appointment as his replacement was announced in October, with Admiral Ben Key taking over as First Sea Lord by November 8. He is the first Royal Navy officer to serve as CDS since 2003.