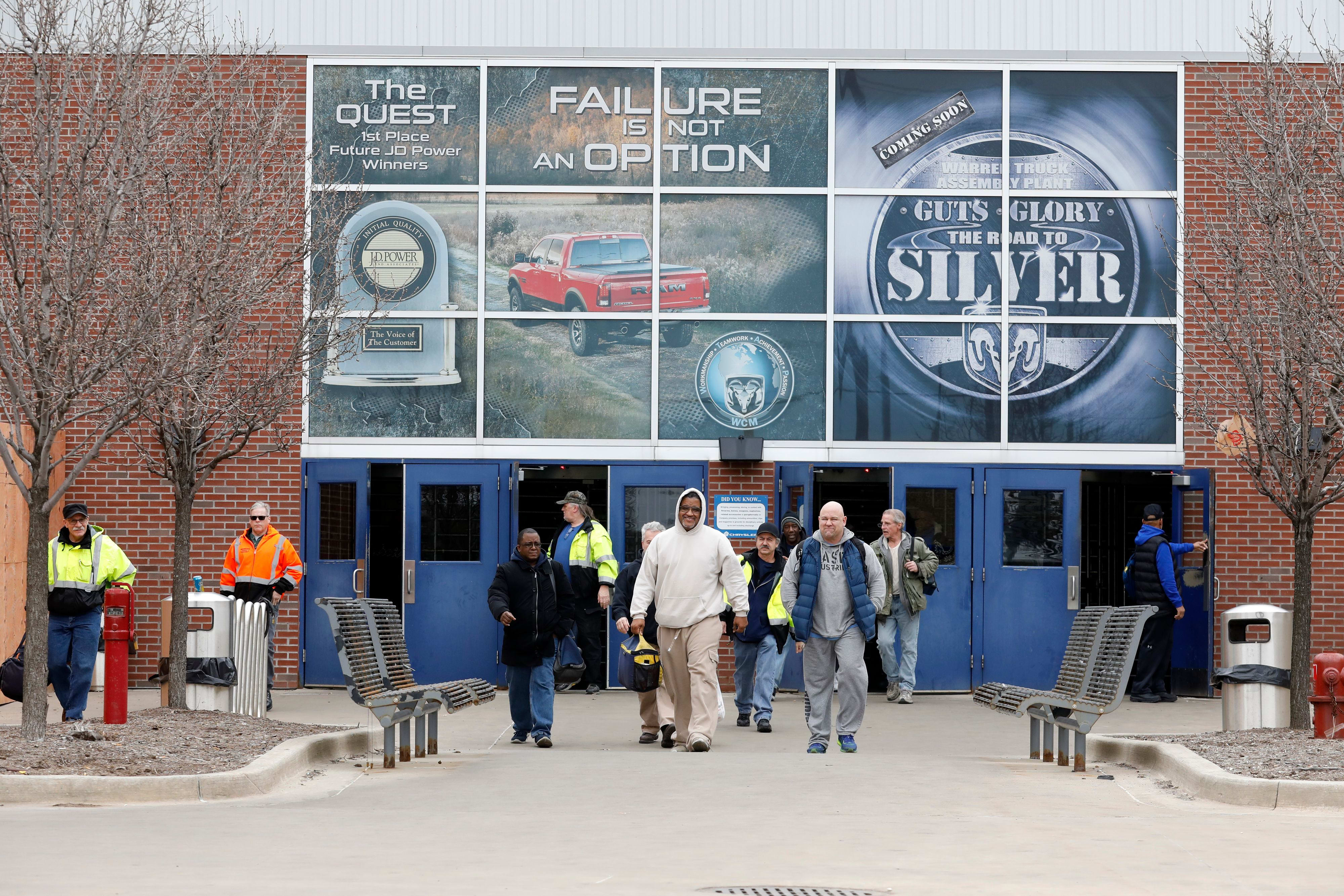 General Motors, Ford and Fiat Chrysler to temporarily close all US factories due to the coronavirus

The Big Three automakers plan to close all U.S. auto factories as the coronavirus sweeps across the country. Ford said it would temporarily close its factories in North America after Thursday evening shifts.

Detroit’s Big Three automakers plan to temporarily close all U.S. factories as the coronavirus sweeps across the country.

The companies bowed to pressure from union leaders and employees who called for protection from the pandemic that’s spread to more than 212,000 people in nearly every country across the globe.

Ford said it plans to close its factories in the U.S., Canada and Mexico after Thursday evening and through March 30. The company said it would work closely with the United Auto Workers union in the coming weeks to restart plants and explore additional protocols and procedures to help prevent the spread of the virus.

“We’re continuing to work closely with union leaders, especially the United Auto Workers, to find ways to help keep our workforce healthy and safe -even as we look at solutions for continuing to provide the vehicles customers really want and need,” said Kumar Galhotra, Ford’s president of North America.

General Motors said it’s closing all North American factories at least until March 30 and will evaluate the situation on a weekly basis after that.

Fiat Chrysler said it will cease operations at its plants across North America “progressively from today through the end of March.” The company said it will reevaluate the situation at the end of the hiatus and will work closely with the UAW in the meantime to facilitate safe working conditions, including shift timings and enhanced cleaning protocols.

All together, the closures would affect 25 final-assembly factories and 150,000 union workers, according to the UAW and each automaker. General Motors has 11 factories, followed by Ford’s eight factories and Fiat Chrysler’s six.

“UAW members, their families and our communities will benefit from today’s announcement with the certainty that we are doing all that we can to protect our health and safety during this pandemic,” said UAW President Rory Gamble. “This will give us time to review best practices and to prevent the spread of this disease.”

Earlier Wednesday, Ford temporarily closed its operations at a Michigan-based assembly plant after an employee tested positive for COVID-19, spokesman Daniel Barbossa said in an email. It wasn’t immediately made clear when or if the factory would reopen.

The halt in production could create an immediate cash crunch for the automakers as demand for cars declines amid the COVID-19 outbreak.

RBC Capital Markets adjusted its forecast for auto stocks and said that fallout from the coronavirus could send global auto production down 16% in 2020, fueled partially by an expected 20% decline in U.S. sales.

“The greater challenge is that once the country gets past the worst of the pandemic, automakers will need to be prepared to get back online quickly to capitalize on the wave of deferred consumer demand,” said Jessica Caldwell, Edmunds’ executive director of industry analysis.

On Tuesday, the UAW said it had reached a deal with Ford, Fiat Chrysler and General Motors that would partially shut down facilities in the U.S.

The actions were a compromise between the companies and union after the UAW’s Gamble on Sunday urged the automakers to cease production for two weeks due to the spread of the virus.

Honda North America announced on Wednesday that it will be closing four U.S.-based plants starting March 23 due to an anticipated decline in market demand. In a statement, Honda said it would halt production for six days with plans to return by the end of the month.