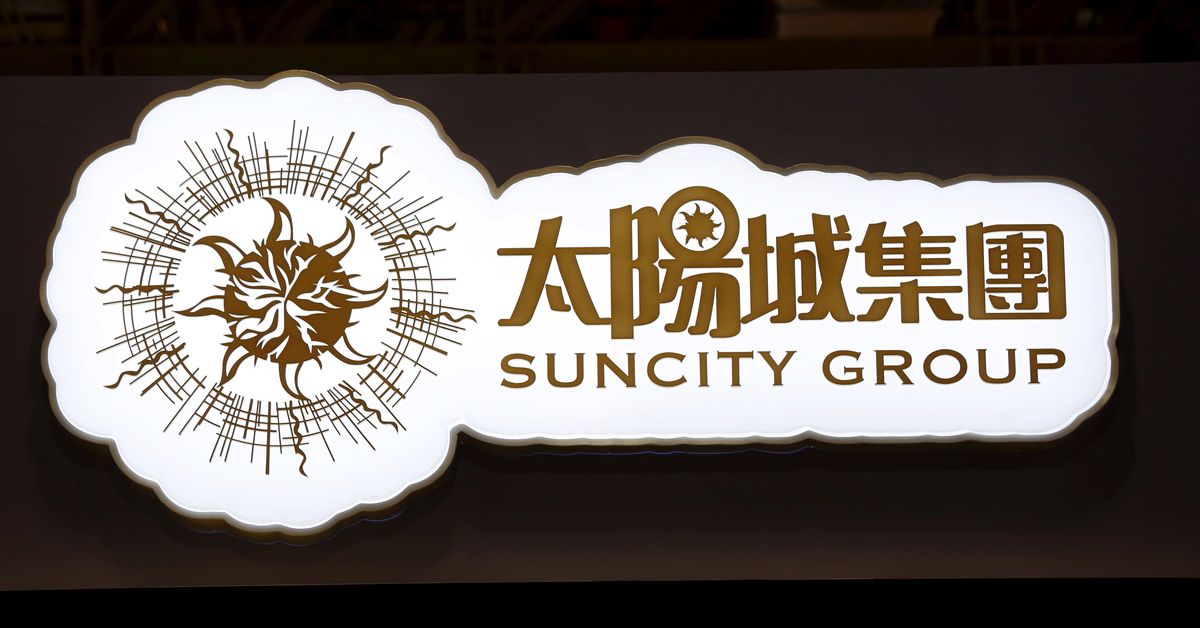 Embattled gambling group Suncity Group Holdings (1383.HK) has closed all of its VIP gaming rooms in Macau, the world's largest gambling hub, after the company's CEO was arrested, two sources with direct knowledge of the situation told Reuters.
The shutting of the company's VIP rooms will result in a cut of around a third of its Macau headcount, said one of the sources, a senior casino executive who declined to be identified as the closure has not been publicly announced.

Suncity Group did not respond to a request for comment. Its shares were suspended from trade on Wednesday, the second time in three days, pending what it said was the release of an announcement related to its VIP business.

The news comes amid a broad investigation into Suncity's CEO Alvin Chau, who was arrested on Sunday over alleged links to cross-border gambling and money laundering. Chau is also the founder of Macau's biggest junket operator which brings in high rollers to play at casinos.

Marking a watershed development for the sector, authorities are adopting a zero-tolerance approach to the promotion of gambling in mainland China where it is illegal and are seeking to rein in the flow of Chinese gambling-related funds into Macau and other gaming hubs - outflows that China last year deemed a national security risk.

The closure of Suncity's gaming rooms has only exacerbated pain for Macau-listed casino stocks which have tumbled this week on the expected loss of business from Chau's junket business which is estimated to account for around a quarter of Macau's gaming revenues.

Shares in Wynn Macau Ltd (1128.HK), which analysts say is the casino operator most reliant on Suncity's gaming rooms, have been particularly hard hit, sliding 8% on Wednesday to bring this week's losses to 18%.

Declines for U.S. parent Wynn Resorts Ltd (WYNN.O) have been milder with its shares having declined 5% over Monday and Tuesday.

Outside Macau, Bloomberry Resorts Corp (BLOOM.PS), a popular casino destination for Chinese gamblers in the Philippines, tumbled 10% on Wednesday.

Macau authorities have accused Chau and 10 others of using the former Portuguese colony as a base for an illegal "live web betting platform" in the Philippines that attracted mainland Chinese gamblers.

A warrant for Chau's arrest was also issued on Friday by the mainland Chinese city of Wenzhou, accusing him of forming a junket agent network that helps citizens engage in gambling activities and setting up a company that helps gamblers make cross-border fund transfers.

"The writing was on the wall already. But nothing was done in Macau until the Wenzhou police talked about it," the executive said.

While Chau's junket operations, also called Suncity, are not part of the listed Suncity Group, they have previously been singled out by mainland China's state-run media, which said they harmed China's social order.

A 2019 article by the Economic Information Daily, a unit of China's state news agency Xinhua, alleged that the annual amount of online betting on websites run by Suncity was more than 1 trillion yuan ($155 billion). Suncity has also not responded to a request for comment on that estimate.

In 2019, Suncity operated up to 17 VIP gaming rooms in Macau and accounted for nearly half of the gambling hub's VIP market, the executive added.

Melco Resorts said in an email to Reuters that Suncity had ceased operations at its City of Dreams and Studio City resorts.

The other five casino operators have not responded to requests for comment.

Suncity Group said this week that Chau intended to resign. Reuters efforts to contact Chau or his lawyer have been unsuccessful. Suncity Group's stock plunged 48% on Tuesday to a record low, valuing it at HK$880 million ($113 million).
Add Comment