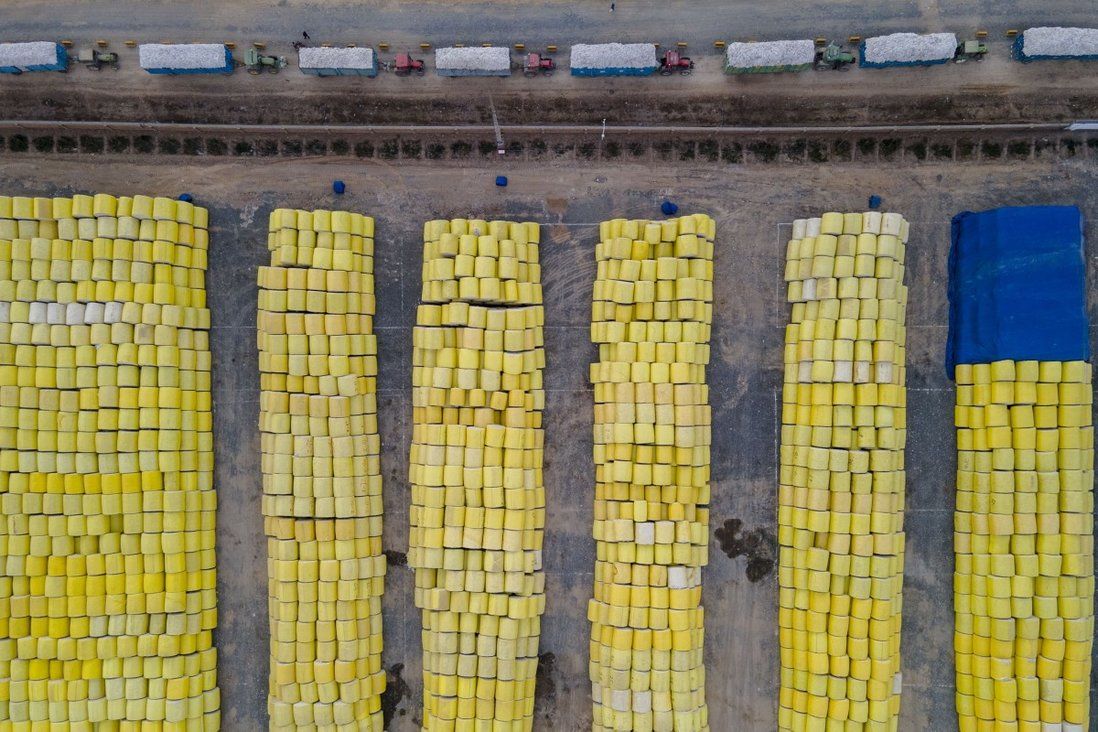 Western criticism of China’s human rights abuses against the Uygurs has intensified amid allegations of forced labour in Xinjiang cotton production.
Trade ministers from the Group of Seven industrialised nations have agreed to eliminate forced labour and shared their concern over such state-sponsored practice on minorities, in a veiled criticism of China’s treatment of Muslim Uygurs in its far-western Xinjiang region.

“We affirm that there is no place for forced labour in the rules-based multilateral trading system,” the ministers said in a joint statement on Friday following their virtual meeting hosted by Britain, expressing their concern over “state-sponsored forced labour of vulnerable groups and minorities.”

They noted in the first joint statement of the G7 on the issue that about 25 million people worldwide are subject to forced labour and urged nations, institutions and businesses to work together “to eradicate forced labour from global supply chains”.

The call comes amid intensified criticism from the United States and other Western countries over China’s human rights abuses against the Uygurs in the wake of allegations of forced labour behind the cotton production process.

The G7 ministers referred to the state-sponsored forced labour of vulnerable groups and minorities in the agricultural, solar and garment sectors but did not single out China.

China denies it is systematically mistreating Uygurs and has accused the United States of meddling in its internal affairs.

US President Joe Biden has made human rights a focus of his foreign policy, imposing trade restrictions on Chinese companies over the situation in Xinjiang and criticising the crackdown on pro-democracy protests in Hong Kong.

Japan’s Koichi Hagiuda told reporters afterwards that a new team would be set up within his ministry to address the forced labour issue.

The G7 nations – Britain, Canada, France, Germany, Italy, Japan and the United States – plus the European Union also agreed on the principles of digital trade and said they “oppose digital protectionism and authoritarianism”.

In a separate document, they called for “unjustified obstacles to cross-border data flows” to be addressed, “while continuing to address privacy, data protection, the protection of intellectual property rights, and security”.
#Joe Biden
Add Comment