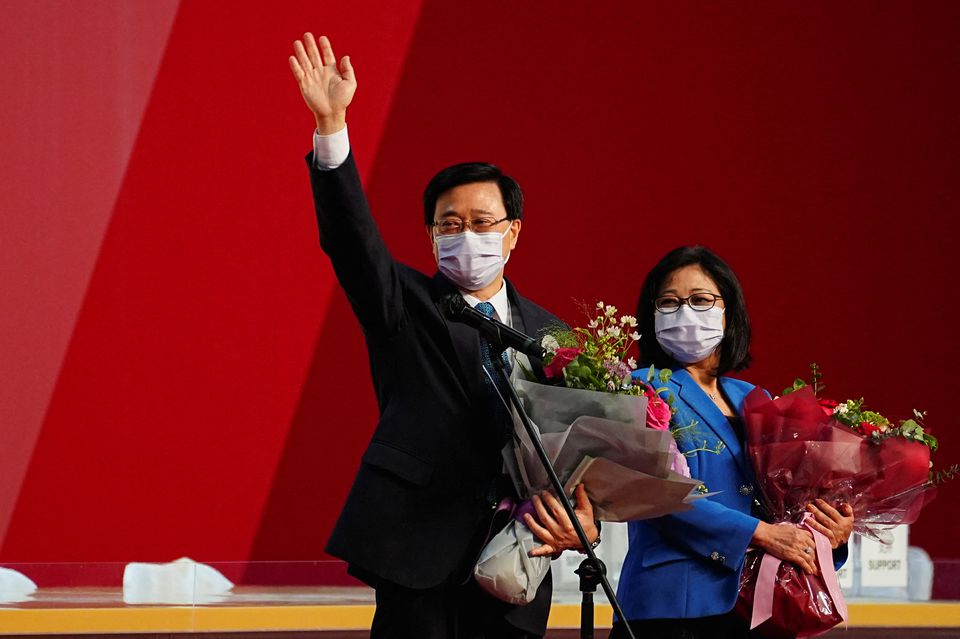 The selection process for a new chief executive in Hong Kong is a source of grave concern and underscores broader worries about fundamental freedoms there, a Group of Seven statement said on Monday, prompting a rebuke from China.
Hong Kong’s leader-in-waiting, John Lee, was endorsed for the city’s top job on Sunday by a committee stacked with pro-Beijing loyalists as the financial hub attempts to relaunch itself after several years of political upheaval.

Lee, the sole candidate, received the votes of 1,416 members of a pro-Beijing election committee, whose members have been vetted for their loyalty to the central government.

The rest of the city’s 7.4 million people had little say in choosing their leader, despite China’s promises to one day grant full democracy to the former British colony, which returned to Chinese rule in 1997.

“The current nomination process and resulting appointment are a stark departure from the aim of universal suffrage and further erode the ability of Hong Kongers to be legitimately represented,” a joint G7 statement published on the British government’s website said.

It also said that the “so-called statement” was “full of arrogance and bias,” adding the Hong Kong election process was legal and fair.

It continued that Lee was elected by a high margin and the vote was a practice of “whole process democracy with Hong Kong characteristics.”

Certain countries chose to disregard the improvements in Hong Kong’s democracy, Zhao Lijian, a spokesperson at the ministry, said at a regular press conference.