Leaders of the G-7 are set to sign the Carbis Bay Declaration, described as a “historic statement setting out a series of concrete commitments to prevent any repeat of the human and economic devastation wreaked by coronavirus.”

The statement, named for the location of the G-7 Summit in the seaside town of Cornwall, England, recognizes the need to tackle the roots of the coronavirus pandemic on a global level. The aim is to slash the time needed to respond to a pandemic, including to develop vaccines, to under 100 days.

Heads of Britain, the United States, Canada, France, Germany, Italy and Japan – a grouping of the world’s wealthiest democracies known as the Group of Seven – were joined in their discussions on global health by leaders of South Korea, South Africa and Australia. Indian Prime Minister Narendra Modi joined virtually. U.N. Secretary-General Antonio Guterres and leaders of other international organizations were also present.

The leaders were presented with recommendations from the Pandemic Preparedness Partnership, a group of international experts established by England earlier this year. 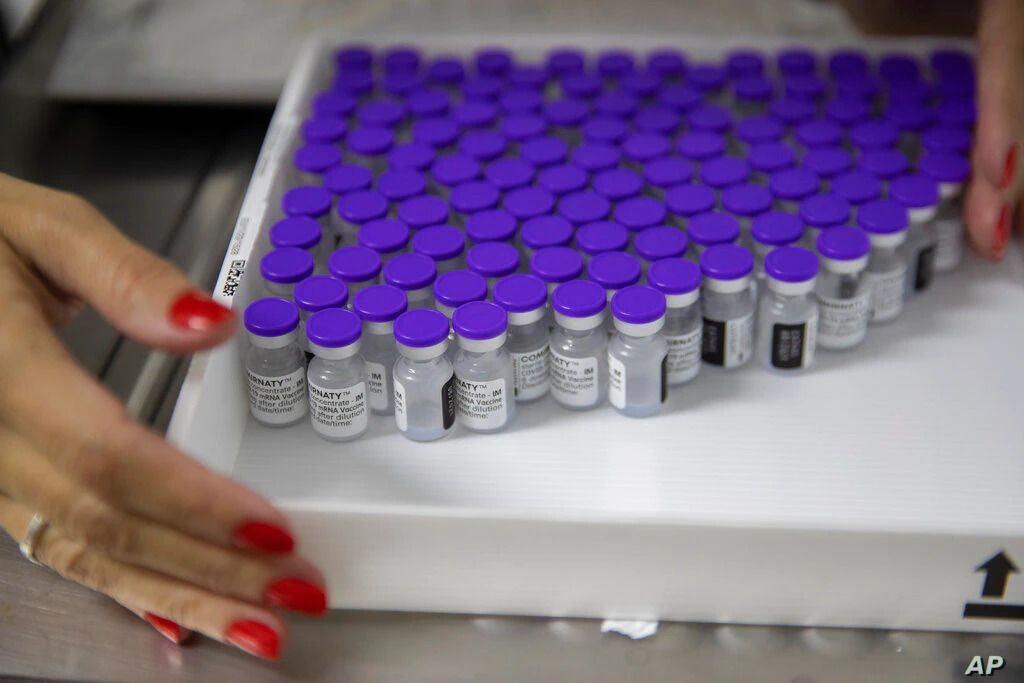 A health worker holds a tray with vials of the Pfizer vaccine for COVID-19 during a priority vaccination program at a community medical center in Sao Paulo, Brazil, May 6, 2021.

The recommendations include acceleration of the development and licensing of vaccines, treatments and diagnostics for any future disease to under 100 days; a commitment to reinforce global surveillance networks and genomic sequencing capacity; and support for reforming and strengthening the World Health Organization.

Some observers responded with skepticism.

“Often the G-7, the problem with it is they announced many grand declarations. And if you look sort of a year later, how many did they fulfill?” said Dan Hamilton, director of the Global Europe Program at the Wilson Center, a global policy research group in Washington.

Earlier in the week, summit host British Prime Minister Boris Johnson said the G-7 would announce a plan to donate a billion COVID-19 vaccine doses to low- and middle-income countries, including 100 million doses from Britain. 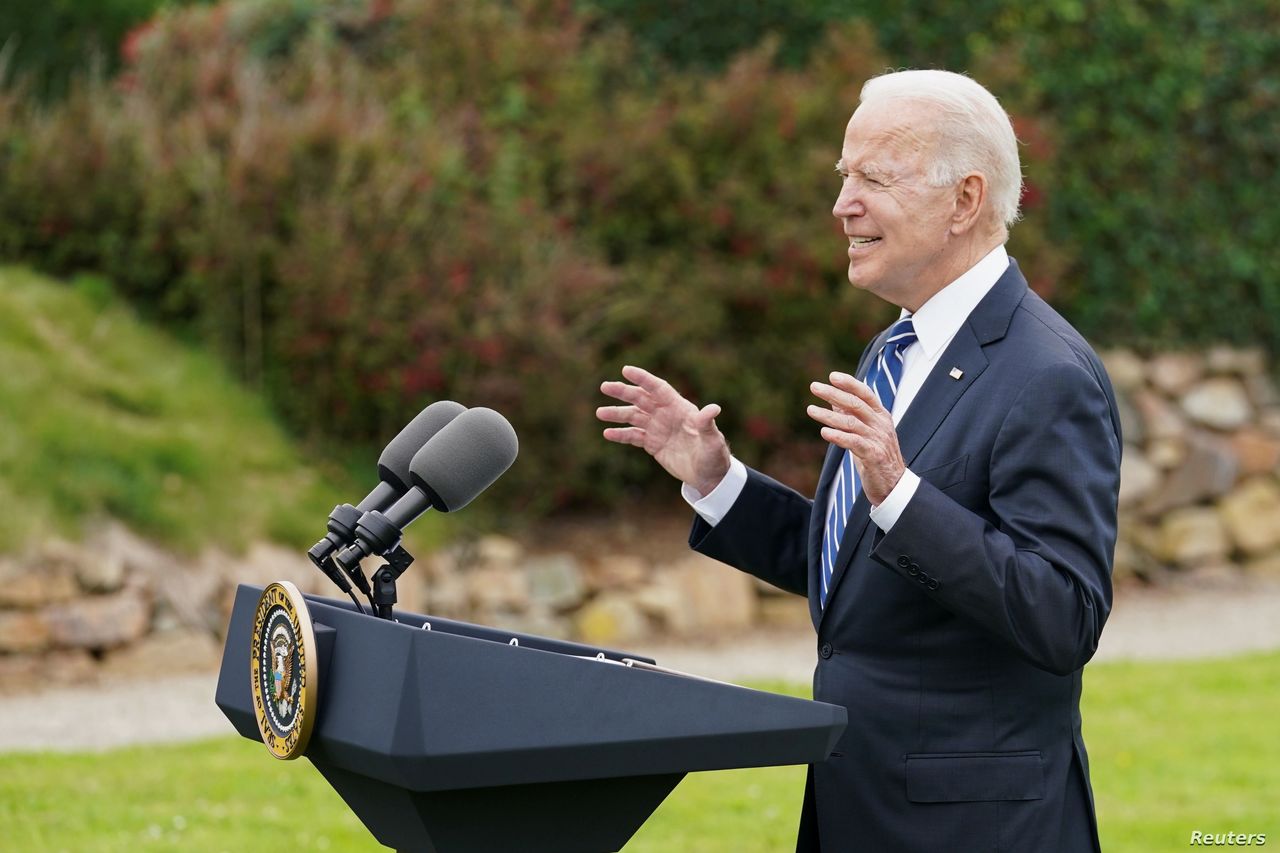 U.S. President Joe Biden speaks about his administration's pledge to donate 500 million doses of the Pfizer coronavirus vaccine to the world's poorest countries, during a visit to St. Ives in Cornwall, England, June 10, 2021.

Johnson’s announcement Thursday came after U.S. President Joe Biden said earlier in the day that his administration was donating 500 million doses of the Pfizer vaccine, half of the G-7 vaccine trove.

The announcement was welcomed by developing countries, but some activists said it wasn't enough.

"If the best G-7 leaders can manage is to donate 1 billion vaccine doses, then this summit will have been a failure," Oxfam GB health policy adviser Anna Marriott said, adding that the world would need 11 billion doses to end the pandemic.

The recommendation report, presented by British physician Sir Patrick Vallance and Melinda French Gates of the Bill and Melinda Gates Foundation, does not mention waiving intellectual property rights on vaccines. Bill Gates, founder of Gavi, the Vaccine Alliance — one of the co-sponsors of the COVAX initiative, the U.N. mechanism to improve vaccine access for low- and middle-income countries — does not support a patent waiver.

Many human rights organizations, including the ONE Campaign and Doctors Without Borders, have called on G-7 leaders to support a waiver on intellectual property behind vaccines, diagnostics and therapeutics — the so-called TRIPS waiver proposal by South Africa and India at the World Trade Organization.

On Friday, Guterres reiterated his support for lifting patents, saying, “It’s obvious that we need to share the knowledge and share all the aspects necessary to allow for doubling the production of vaccines.” 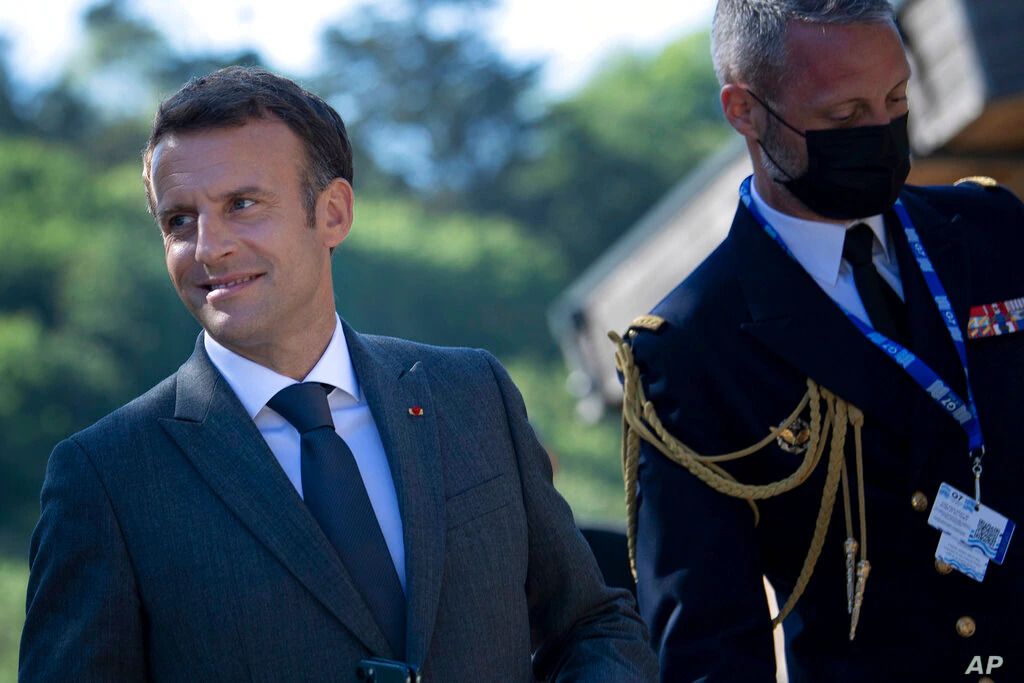 In May, the U.S. announced it supported an intellectual property (IP) waiver. During the G-7 summit, French President Emanuel Macron said he also supported the proposal.

The European Union, however, is pushing for a different approach: compulsory licensing to scale up vaccine production.

To waive IP on vaccine technology, all members of the WTO must agree – a long and challenging process with dim prospects for now.