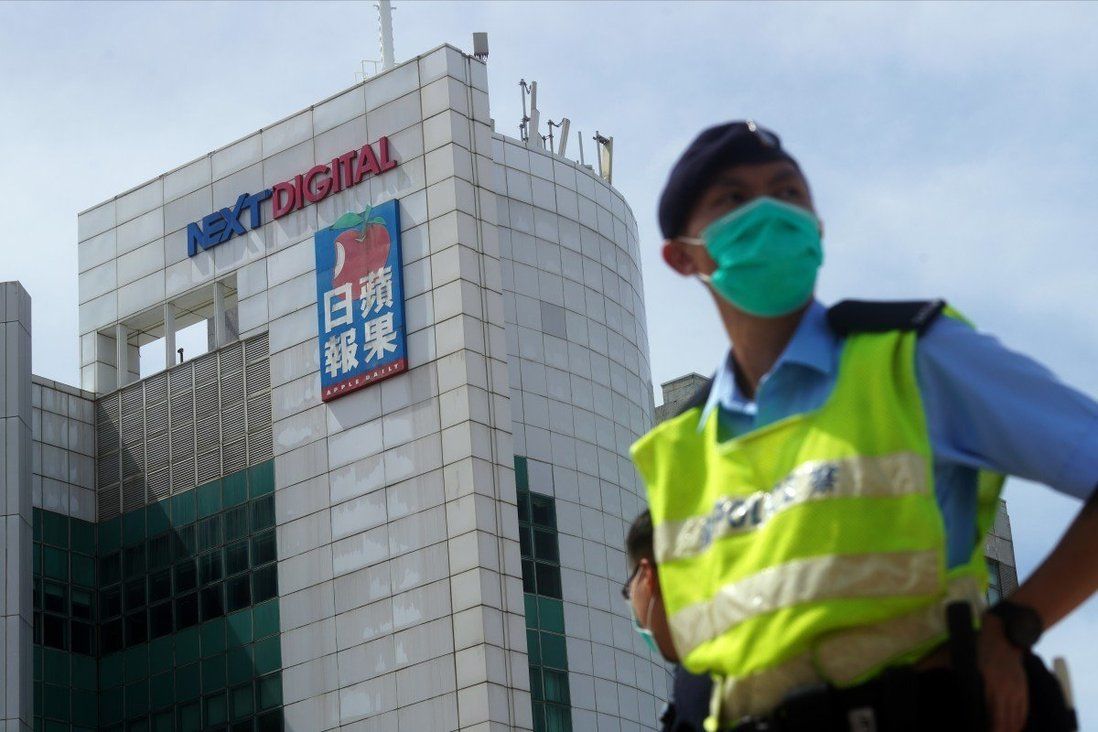 Hong Kong’s Apple Daily has said without further cash injections, its parent company can survive only another nine or 10 months after national security police froze nearly HK$500 million (US$64 million) worth of founder Jimmy Lai Chee-ying’s assets, as experts warned the newspaper’s future was on the line.

Analysts said they believed Friday’s move to block Lai’s assets would not only hamper the tabloid-style paper’s operations and put further pressure on parent company Next Digital, but would also have a sobering impact on other publications wary of crossing the line when it came to the new security legislation.

Such concerns grew as Taiwan’s Mainland Affairs Council warned of increasing risks for the international community doing business in Hong Kong following the freezing of Lai’s assets, an assessment a top Hong Kong government adviser brushed off as mere “smears”.

“What Next Digital has been facing basically reflects the limited space for media to operate … and is a reminder that the new overall climate is no longer the same,” said Chinese University journalism and communication lecturer Grace Leung Lai-kuen, adding that Apple Daily “has been made an example of”.

“Other media outlets will have to rethink how the national security law might affect them. There will be more pressure, and there is no longer freedom from fear like we used to be familiar with.”

The notion that some media outlets might tread carefully going forward was echoed by Lau Siu-kai, vice-president of the semi-official Beijing think tank the Chinese Association of Hong Kong and Macau Studies, though he predicted the impact on other outlets would be limited.

“[Next Digital] has been facing more and more political pressure, and its survival is more difficult. For one, it has become less and less attractive for investors,” said Lau. 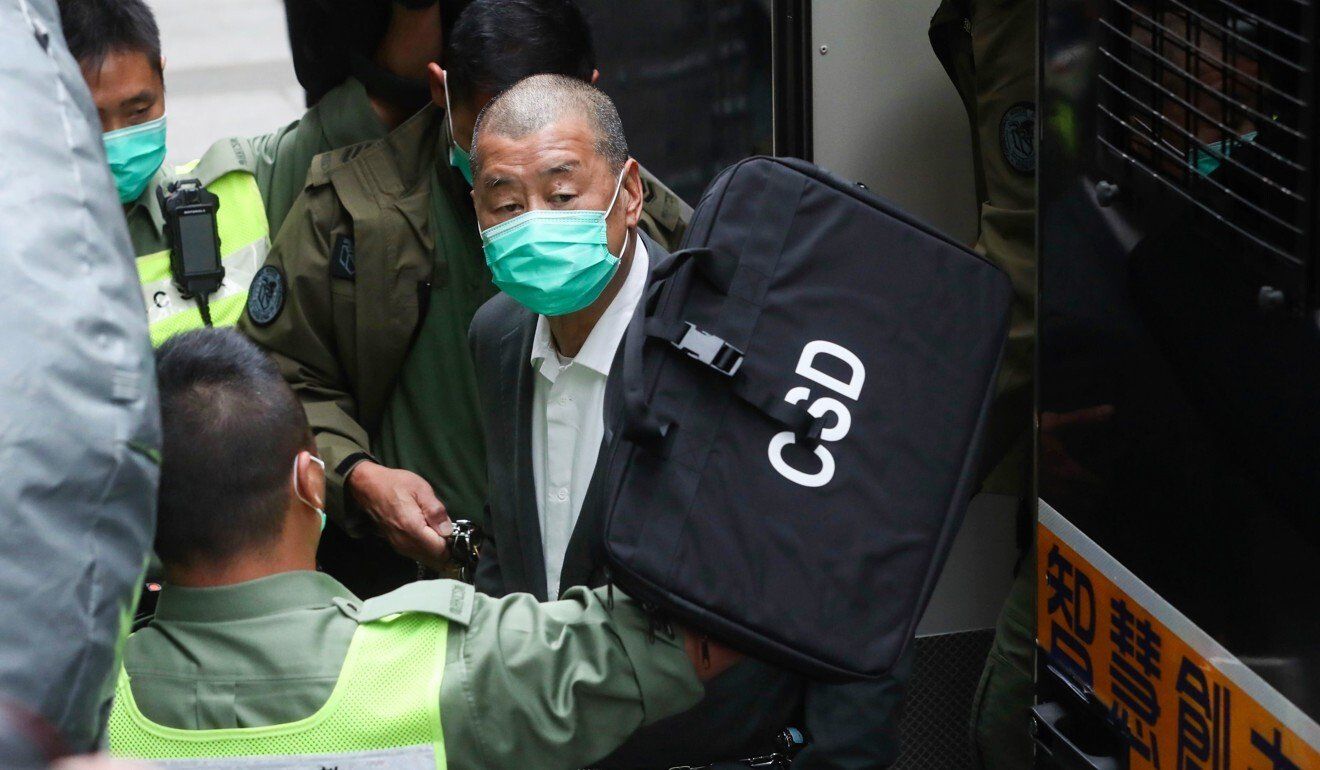 Apple Daily founder Jimmy Lai has been charged with, among other things, one count of colluding with foreign forces under the national security law.

Lau, however, stressed that Beijing was only moving to target those groups it deemed “anti-China”, rather than media that were simply critical of the government.

“I don’t think the central government is trying to remove all opposing voices, only those which had been on a more radical path over the past decade or so,” he said.

Former city leader Leung Chun-ying, currently vice-chairman of China’s top political advisory body, even went so far as to question Apple Daily’s very status as a news organisation, accusing the paper of instead being a “subversive political organisation”.

In another post, he suggested that Next Digital, a Hong Kong-listed company, “could be forced to suspend stock trading on Monday” if banks demanded it repay its loans immediately and its suppliers refused to accept late payments.

In a story in its Saturday edition headlined “Next Digital CEO: The company’s operations will not be affected”, Apple Daily reassured readers it was “business as usual”. CEO Cheung Kim-hung maintained Lai’s asset freeze – despite including his 70 per cent of Next Digital’s shares – had “nothing to do” with the company’s accounts and cash flow. 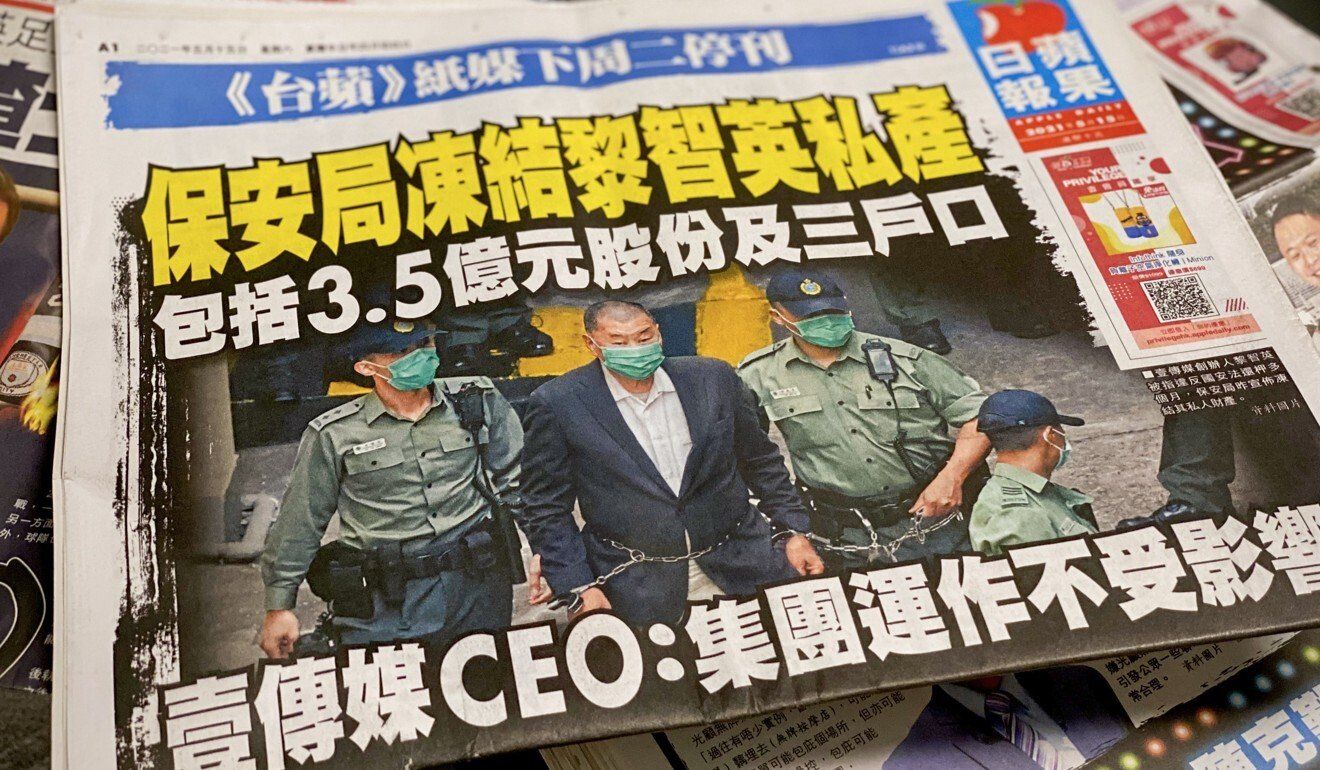 Apple Daily’s front page on Saturday, the day after founder Jimmy Lai had HK$500 million in assets frozen under the national security law.

Still, that did not stop staff members from worrying.

“We immediately thought about whether our salaries would still come out when we heard the news,” one Apple Daily employee recalled thinking when she first heard about the asset freeze on Friday night.

Characterising the authorities’ decision as “groundless”, the staff member, who spoke on condition of anonymity, said: “I expected to lose my job sooner or later, but I am worried about how far the authorities will go. Will they arrest reporters?”

Another local news reporter at the paper said he was not surprised by Friday’s move, but was concerned about what could come next.

“I worry authorities will stop Apple Daily from printing newspapers very quickly,” he said. “If the office is lost all of a sudden, then how can we handle this?”

Next Digital’s previous filings to the stock exchange showed that, as of September last year, it only had HK$228 million in cash on hand.

Apple Daily reported on Saturday that if its parent company did not see improvements in its business in Taiwan – where the paper’s print edition was recently cut – and if it could not secure new loans from its shareholders, that money would only be enough to sustain operations for nine to 10 months.

The Apple Daily report said Lai had signed four agreements with Next Digital allowing the company to borrow up to HK$756 million from him personally. As of last September, it had already borrowed HK$500 million of that. But with Lai’s assets now frozen, it would appear that source of funding has been cut off.

During an internal town hall at Apple Daily’s headquarters on Tuesday, Hong Kong-based staff were told by management that the newspaper would not cease operations, nor would it change its coverage.

While Next Digital’s staff union said in a statement that staff members would remain steadfast, spokesman Alex Lam Wai-chung said the events of the past few months had raised workers’ concerns over the company’s future.

Lai was arrested in August on suspicion of collusion with foreign forces under the Beijing-imposed national security law as hundreds of officers raided the company’s Tseung Kwan O offices. In recent weeks, police chief Chris Tang Ping-keung has taken to warning the paper – without naming it – that its “fake news” endangering national security would be investigated. 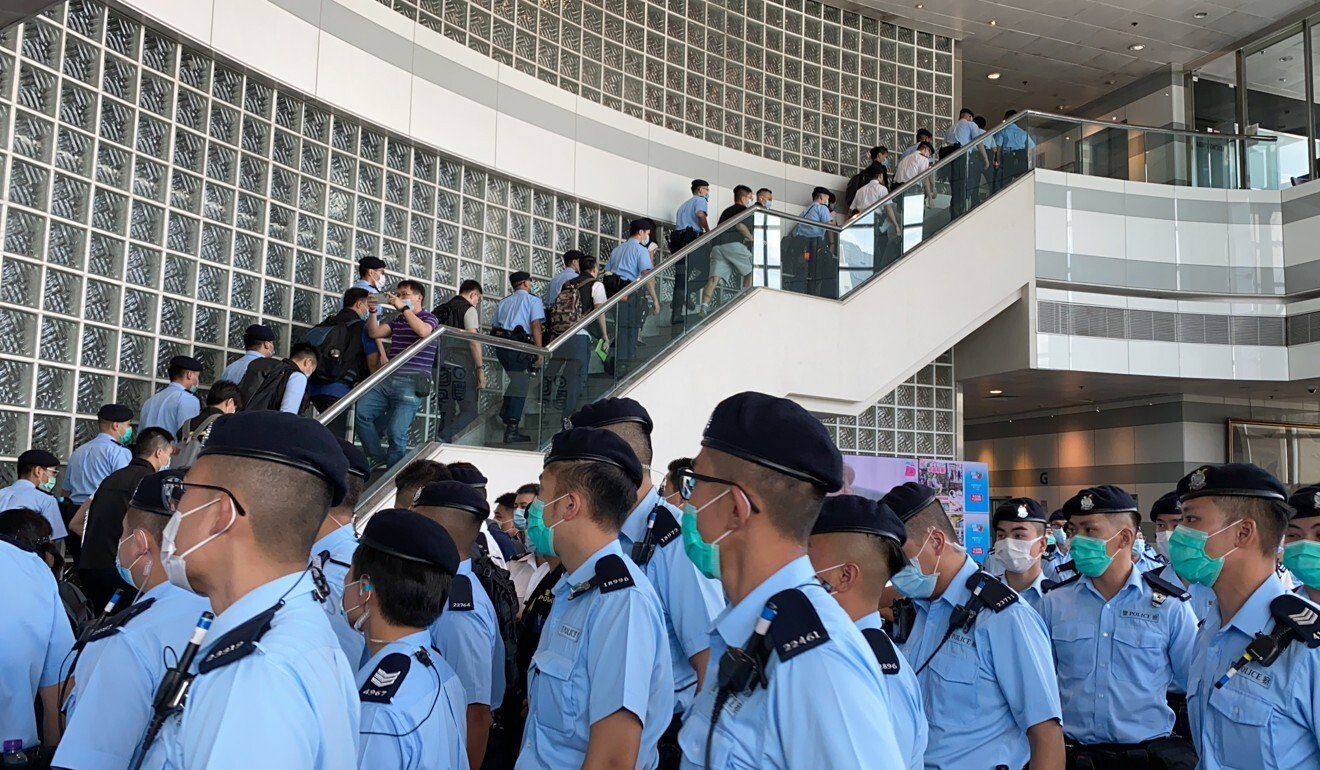 Lai, who is currently in jail serving a 14-month sentence over his role in two unauthorised protests in 2019, faces another trial in relation to last year’s banned June 4 Tiananmen vigil as well as his case under the security law.

On Saturday, in a statement to the Post, Taiwan’s Mainland Affairs Council called for “relevant authorities to stop suppressing Hong Kong pro-democracy leaders”, adding that Lai’s asset freeze reflected the “threat of the national security law on Hongkongers’ properties, and was equivalent to telling the international community of increased business risks” in the city.

Chinese University political scientist Ivan Choy Chi-keung agreed that local and foreign investors might be unnerved by the asset freeze, which could have the effect of driving investments away from Hong Kong.

“I cannot stop people from making unreasonable smears against Hong Kong’s judicial system,” he said. “But other countries also have similar laws to freeze assets linked to criminal activities. Such procedures are also not limited to the national security law.”