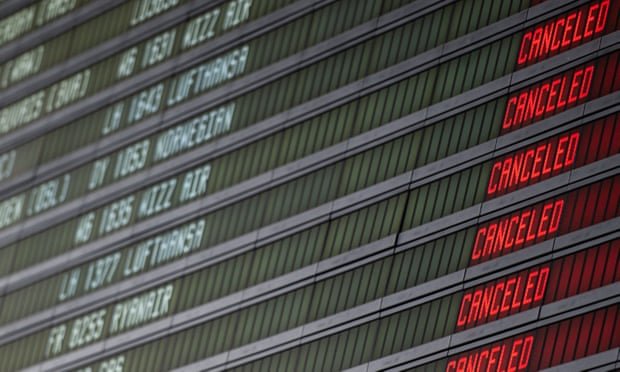 From the UK to Sri Lanka: the Australians stranded around the world

From the UK to Sri Lanka, Latin America to Los Angeles, people of all ages and professions are considering everything from abandoning holidays to uprooting studies, and months-long separations from loved ones.

Some, unconvinced by the Australian government, say they are planning to stay put in places they believe are handling the pandemic better.

Gaynor Monks is one of those who can’t get home and has been trapped by airport closures. Two days ago, she flew into Sri Lanka to celebrate her mother-in-law’s 60th birthday; at the time, the country had fewer coronavirus cases than Australia and was on the government’s safe travel trip.

Now, she and her partner want to head back to Australia – but with the airport closed there are no flights out, and no official help.

She can’t reach her booking agent or airline, and her insurers say that as Australia hasn’t designated Sri Lanka as off limits, they wouldn’t pay for a ticket home anyway.

“There are just no planes to take us. Because no planes are coming in, we are sort of stranded,” she told the Guardian. She is already worried about her husband losing two weeks of work when they get home and he has to self-quarantine; he doesn’t get sick pay.

In the UK, student Payton Rodman is in Cambridge doing a physics PhD on a prestigious Gates scholarship. She was “lucky” that her college had told students to pack up and go home before the the Australian government’s announcement, so managed to book a flight home for $1,400 – far less than they are going for now, although she’s worried about a transit through Abu Dhabi.

“It’s possible I could get stuck in the UAE if anything goes wrong. I won’t feel safe until my last flight lands in Australia. I’m looking forward to 14 days isolation because it means I’ll be on home soil,” she said.

From Melbourne she will be trying to keep up with colleagues still doing their research through video conferencing and remote working, although the eight hour time gap will be a challenge.

Helene Frayne, in her 60s, spent more than 10 hours on the phone to Qantas once she saw the announcement, trying to move up a return flight booked for more than ten days’ time.

Each time she thought she had got through, the line would disconnect. An email got an automatic response, saying she would hear from the company in 14 days.

“I’m in a very fortunate position in that I have family here,” she said. “My concern is my son works in hospitality, and if he brings it home, we could catch it.”

Her age makes her vulnerable, and she also runs a small charity back in Australia; its fundraising efforts have already been hit by ban on social events, and she worries that it will struggle without her, particularly if a two week stay turns into something longer.

“There has been talk of closing airports and Qantas has dramatically reduced flight numbers,” she said. “I could be here for months.”

“I think my message to the Australian government is that if you are going to put on your website all Australians need to get home straight away, you need to put systems in place to support them getting home. Not to do so is very irresponsible government.”

“There are all these practical things someone should have though of before they put out the message, and worked with Qantas to bring people home.”
Add Comment