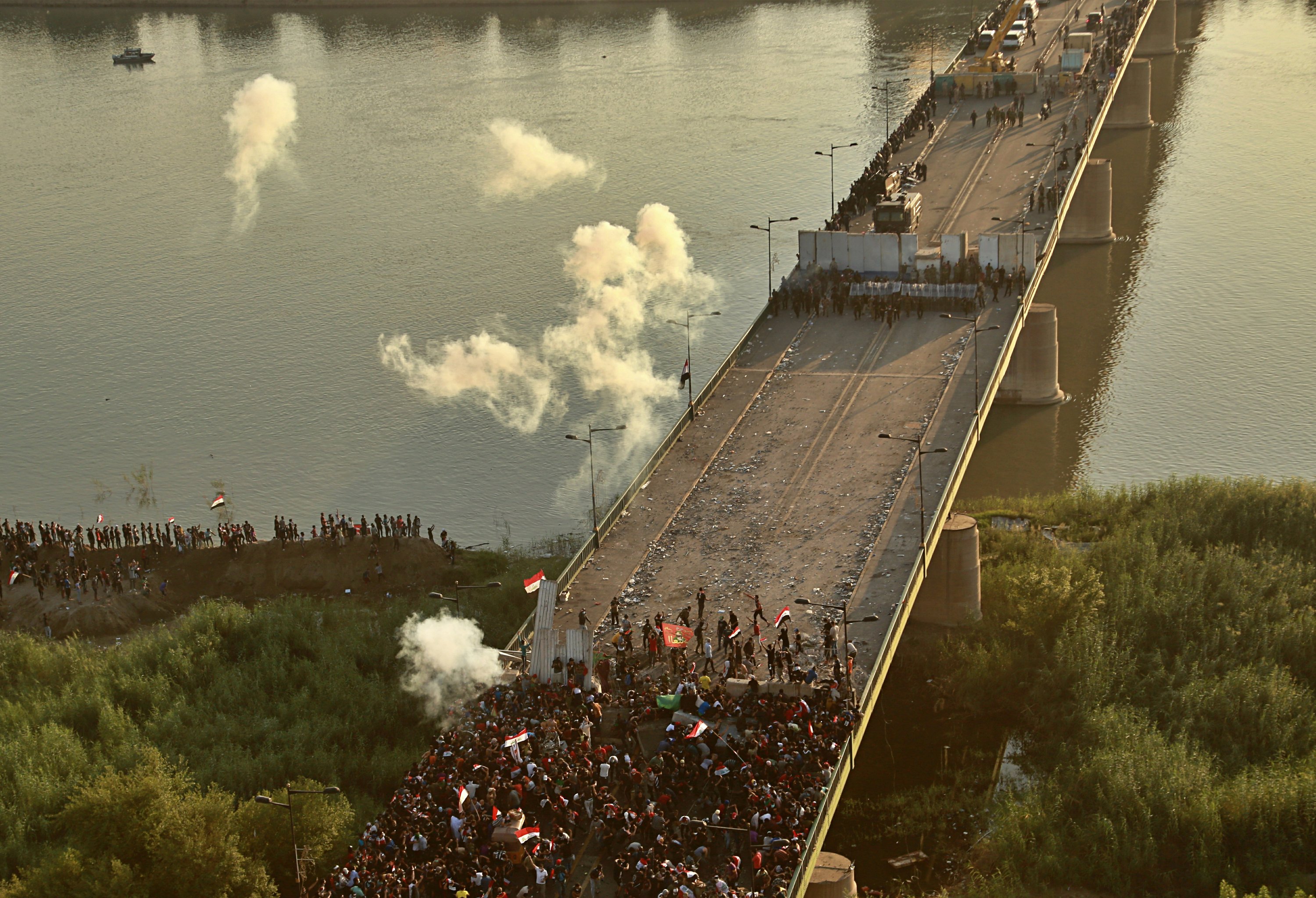 In Hong Kong, it was a complicated extradition dispute involving a murder suspect. In Beirut, it was a proposed tax on the popular WhatsApp messenger service. In Chile, it was a 4-cent hike in subway fares.

Recent weeks have seen mass protests and clashes erupt in far-flung places triggered by seemingly minor actions that each came to be seen as the final straw. The demonstrations are fueled by local grievances, but reflect worldwide frustration at growing inequality, corrupt elites and broken promises.

Where past waves of protests, like the 2011 Arab Spring or the rallies that accelerated the breakup of the Soviet Union, took aim at dictatorships, the latest demonstrations are rattling elected governments. The unrest on three continents, coupled with the toxic dysfunction in Washington and London, raises fresh concerns over whether the liberal international order, with free elections and free markets, can still deliver on its promises.

THE PEOPLE STILL WANT THE FALL OF THE REGIME

Hundreds of thousands of Lebanese poured into the streets after the government floated a new tax on WhatsApp on the heels of an austerity package that came in response to an increasingly severe fiscal crisis.

The protests rapidly escalated into an indictment of the entire post-civil war order , in which a sectarian power-sharing arrangement has transformed former warlords and other elites into a permanent political class. In the three decades since the war ended, the same leaders have used patronage networks to get themselves re-elected again and again even as the government has failed to reliably provide basic services like electricity, water and trash collection.

A similar story has unfolded in Iraq since the 2003 U.S.-led invasion, where a government that distributes power and top offices among Shiites and minority Sunnis and Kurds has calcified into a corrupt stasis, with parties haggling over ministries as services and infrastructure fall into further ruin despite the country’s considerable oil wealth.

“Thieves! Thieves!” protesters in both countries chanted this week.

“Massive economic mismanagement coupled with spiraling corruption have pauperized large segments of the Arab people,” said Fawaz Gerges, a professor of international relations at the London School of Economics. “It is no wonder then that millions of Arabs are fed up.”

The protests in both countries target governments that are close to Iran and backed by its heavily armed local allies, raising fears of a violent backlash. Nearly 200 Iraqis have been killed in recent clashes with security forces, and supporters of the Iran-backed Hezbollah militant group have brawled with protesters in Beirut.

“There is no magical bullet or easy answer to the severe crisis of governance in Arab lands,” Gerges said. “The struggle will be fierce and long and costly, but there is no turning back.”

RISING UP AGAINST A RISING CHINA

Hong Kong’s protests erupted in early June after the semiautonomous city passed an extradition bill that put residents at risk of being sent to China’s judicial system. At one point, protesters said they had brought 2 million people into the streets.

Authorities were forced to drop the extradition proposal , which was triggered by the need to resolve the status of a murder suspect wanted for killing his pregnant girlfriend in Taiwan. But by then, the movement had snowballed to include demands for full democracy in the form of direct elections for the city’s top leader.

Since China took control of Hong Kong from Britain in 1997, the city’s leaders have been selected by an elite committee made up mostly of pro-Beijing tycoons. Local councillors and half of the Asian financial center’s legislature are directly elected, but the other half are chosen by representatives from the finance, tourism, catering, accounting and other industries, which adds to the public discontent over stifled promises of democracy.

Underlying the Hong Kong protest movement are rising fears about China’s tightening grip on the city and worries that Beijing is reneging on promises not to meddle with Hong Kong’s Western-style civil liberties, such as freedom of speech and an independent judiciary.

Protesters also fear China’s technology-powered authoritarianism. Wearing masks to conceal their identities, they have cut down “smart lampposts” and smashed surveillance cameras. They worry about artificial intelligence-powered facial recognition surveillance systems capturing their biometric data and sending it for processing by Chinese technology giants to track and identify them.

On Friday, an estimated 1 million Chileans filled the streets of the capital Santiago, more than ever took to the streets during the dictatorship of Gen. Augusto Pinochet or the democratic governments that came after him.

The protests were sparked by the subway fare hike but soon morphed into a mass movement against inequality in one of Latin America’s wealthiest countries. At least 19 people have been killed as protesters have clashed with police in recent days.

Protesters tried to force their way onto the grounds of Chile’s legislature Friday, provoking an evacuation of the building. Police fired tear gas to fend off hundreds of demonstrators on the perimeter as some lawmakers and administrative staff hurried out of the legislative building, which is in the port city of Valparaiso.

Marta Lagos, head of Latinobarometro, a nonprofit survey group in Chile, said the protests have exposed the shortcomings of the country’s political system. “There is a failure of the system of political parties in its ability to represent society,” Lagos said.

Struggling to contain the strife, President Sebastián Piñera’s administration announced increases in the minimum wage, raised minimum pensions by 20% and rolled back the subway fare increase.

He put a 9.2% increase in electricity prices on hold until the end of next year, but with analysts predicting his resignation and fresh elections, the consequences of that move could fall to his successor.

For years, Catalan separatists have held peaceful, festive marches, but the movement took a violent turn last week when protests erupted over the imprisonment of nine leaders who led a bid for independence from Spain in 2017.

That failed attempt left the separatist movement rudderless, with 12 of its leaders arrested and most of the rest fleeing the country, including former Catalan regional president Carles Puigdemont.

New activist collectives have emerged in their place, including one calling itself the Tsunami Democratic, which uses its own app and encrypted messages to call for “civil disobedience.”

But one of its first calls to protest, after the Oct. 31 Supreme Court ruling jailing the leaders, turned into a massive siege of Barcelona’s international airport, with rioters clashing with police late into the night.

The group has borrowed some of its tactics and rhetoric from the Hong Kong protesters, and protesters in both places have staged demonstrations in support of one another, though most Hong Kong protesters have been careful not to push for independence from China - one of President Xi Jinping’s “red lines.”

That one movement is struggling against domination by one-party China while the other is rising up against a European democracy is a distinction that has been lost in the tear gas.
Add Comment