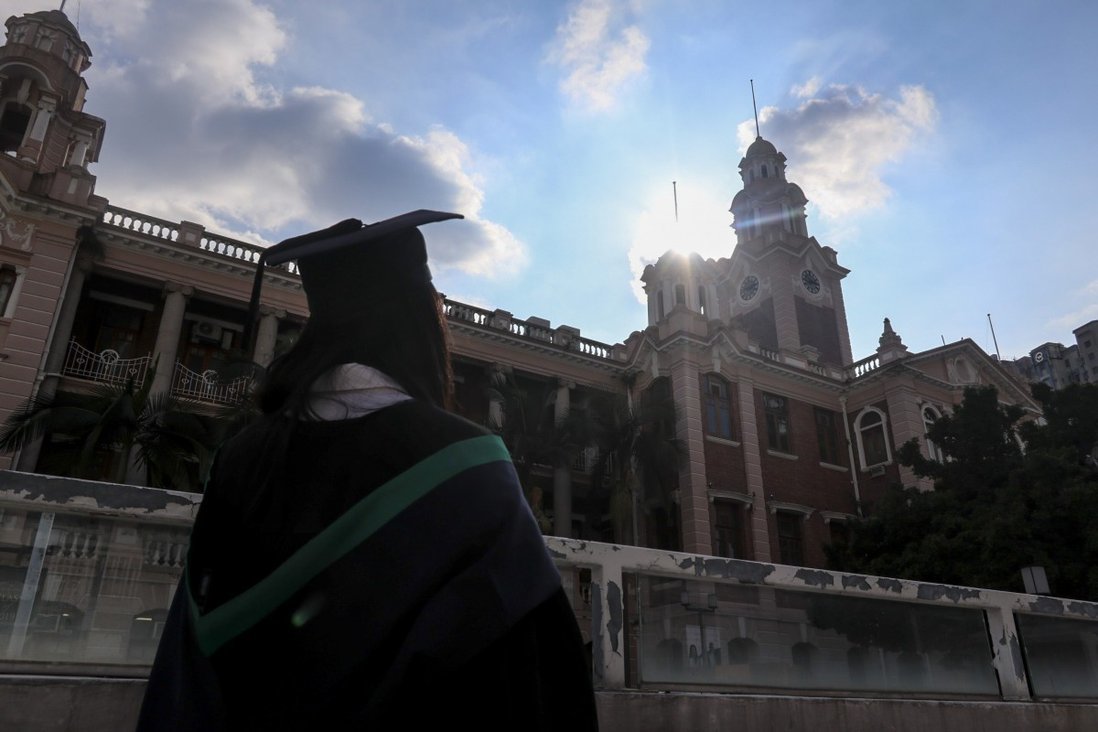 Average starting salaries for fresh graduates fell by nearly 4 per cent in 2020, the most in five years, while the number of jobs available dropped by almost a quarter.

More than 20,000 university graduates in Hong Kong this year are facing the biggest drop in starting salaries in half a decade, with the number of vacancies available to them also falling by nearly a quarter compared to 2019, according to a major jobs portal and a joint university information system.

Amid the gloomier prospects, research by JobsDB obtained by the Post showed nearly a third of survey respondents aimed to seek employment overseas rather than in the city.

The jobs portal said the tough situation this year was mainly caused by the economic downturn brought on by the Covid-19 pandemic, but predicted global industries should bounce back by the third quarter of 2021, when vaccines were expected to be widely available. 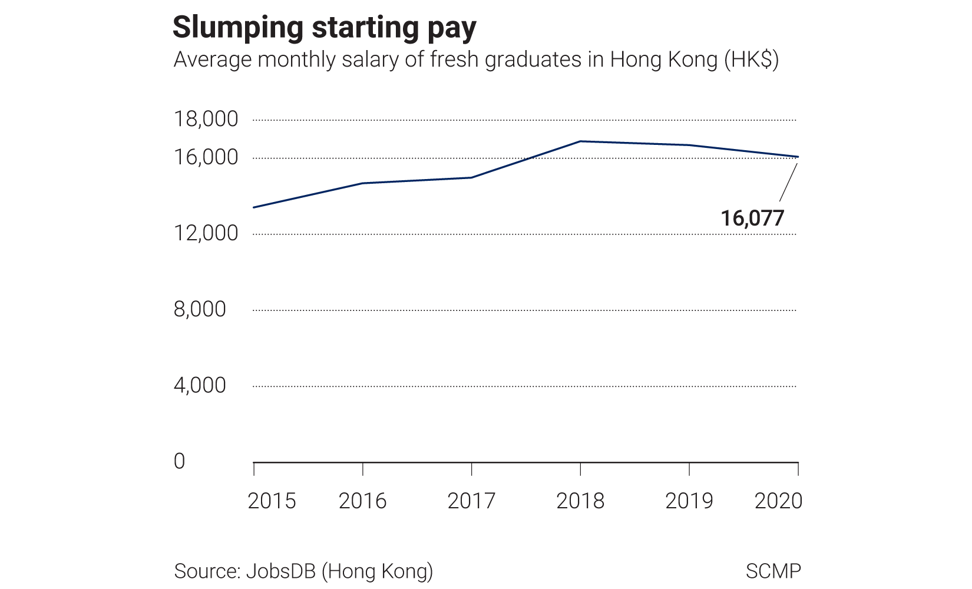 Last month, government figures showed the unemployment rate among those aged 20 to 24 hit 19.7 per cent between August and October – much higher than the city’s overall unemployment rate of 6.4 per cent, the worst in nearly 16 years.

New data from the Joint Institution Job Information System also showed about 25,200 jobs were available for fresh graduates from July to November this year, down 24 per cent from 33,400 during the same period in 2019.

According to data from the platform, run by the city’s eight publicly funded universities to connect graduates and employers, job opportunities for recent graduates hit rock bottom between April and June this year, but rebounded slightly after July.

Similarly, JobsDB also saw a 40 per cent drop in job opportunities available on their website during the first nine months of 2020.

A survey by the jobs portal of 1,200 recent graduates between August and October found their average starting monthly salary was HK$16,077, down 3.7 per cent from HK$16,692 in 2019 – the biggest recorded drop since the study was first conducted five years ago.

It was the second year in a row starting wages have dropped, following a slight dip of 1.1 per cent last year.

Around 76 per cent of graduates polled said they were satisfied with their first job, down 11 percentage points from last year. Major reasons cited included dissatisfaction with salary and benefits, and the work differing from personal interests.

Just 54 per cent, meanwhile, said they felt optimistic about their career prospects, a substantial drop of 20 percentage points from the year before. 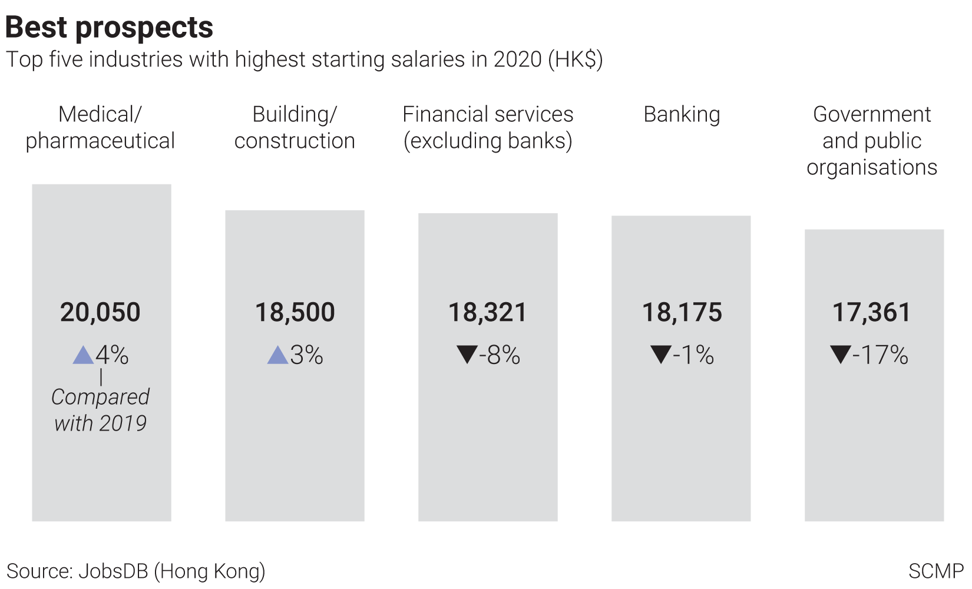 One 22-year-old fresh graduate in business, who spoke on condition of anonymity for fear of damaging her career prospects, said while she had found a good job at a multinational financial data firm, many of her peers had to settle for less favourable professions.

“Even though most of my classmates were able to find a job, the number of offers they have received were [fewer than in previous years],” she said.

“For instance, graduates from my major would normally aim to work in the banking field. But with fewer offers available from banks this year, many of my classmates had to eventually settle for jobs in auditing or taxation firms instead.”

Despite being relatively lucky, the graduate still described her career prospects as dim, saying she expected fewer chances for promotion or transfers outside the city amid a coronavirus-battered global economy. She said she was also planning to migrate overseas within the next five years, citing what she saw as diminishing freedoms under the Beijing-imposed national security law.

Shao, of JobsDB, said survey results showed nearly 17 per cent of fresh graduates believed competition for jobs had increased. Half of all respondents had to undergo four or more interviews before receiving an offer.

More graduates this year also voiced a preference for continuing their studies rather than trying their luck in the job market, he said. Thirty per cent, meanwhile, said they were planning to move overseas for work, a similar proportion as last year.

“On the bright side, most employers have previously reflected that they expected average salary levels to generally return to normal by the second or third quarter of 2021 with mass vaccination plans carried out worldwide,” Shao said.

“Hopefully, the number of job opportunities can also bounce back by then.”