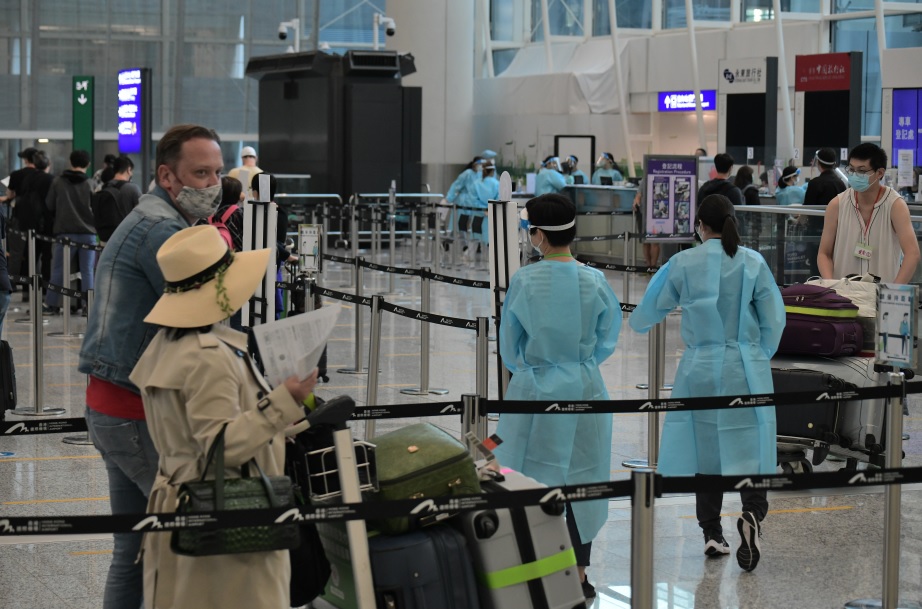 The latest infection in an airport freight worker from an unknown source will not affect Hong Kong's border reopening talks with mainland, Chief Executive Carrie Lam Cheng Yuet-ngor said.
But authorities plan to increase the frequency of tests for high risk workers including employees at the airport and designated hotels following the infection, she said in a TV program on Sunday morning.

The 48-year-old man broke the city's record of zero local infection for 51 days on Friday.

He was found to carry the Delta mutant strain. Sewage samples from his residential building in Tai Po also came back positive.

On Sunday, Lam said the case will not affect the progress of reopening the border with mainland.

Authorities have reported to Beijing on the man's case and received feedback that high-risk workers should be subjected to more frequent tests to stop cases from leaking to the community.

As a result, she said authorities will soon increase the frequency of the weekly tests for high risk workers, including employees at the airport and designated hotels, and will also consider including more occupations and sites in the mandatory test arrangement.

She did not spell how often will those people be subjected to tests.

Due to differences between the mainland and Hong Kong, it is difficult for the SAR to lock down entire districts as on the mainland. But the Hong Kong government has explained to mainland authorities what alternative measures there are.

A single case of infection leads to the quarantine of more than 100 close contacts, as well as another 300 people who interacted with those close contacts. Such monitoring is already very strict, Lam said.

The CE also clarified that a health code similar to that of mainland's will only be used on those who cross the border, not every Hongkonger. People will download the app on a voluntary basis.

Those who want to go to mainland without quarantine will provide information on their whereabouts and home address voluntarily to mainland authorities, she said.
Add Comment