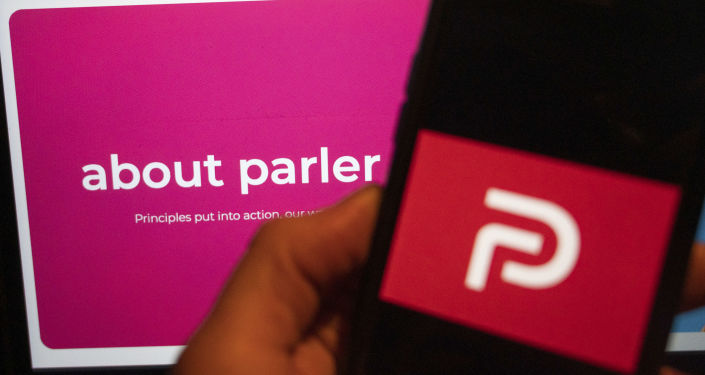 Since it was removed from Amazon on allegations of being unable to police content, the company had been involved in legal challenges against its former host. After repeated failures to find a new platform, the social media site was relaunched last month with a new interim CEO.

Alternative social media platform Parler LLC has ended its antitrust legal battle against Amazon.com Inc. before filing a different set of claims against the tech giant and its web services on Tuesday.

Parler, which describes itself as "the free speech social network", is now pursuing a new lawsuit against Amazon in Washington state court, claiming defamation and breach of contract.

First reported by NPR, the new suit cites a provision that allows clients 30 days to remedy any material breach of the agreement prior to the termination of a contract.

“Getting 30 days either to cure or find another host is absolutely essential,” the complaint argues. “Parler would not have signed up with AWS without that protection".

In the new suit issued on 2 March, Parler describes Amazon as a “bully” and claimed that the company took Parler off of its cloud services only after former US President Donald Trump had been removed from Twitter and Facebook, which could have seen the new platform become competition if followers of the then-Commander-in-Chief flocked to them.

"The true reason why AWS decided to suspend and/or terminate its contract with Parler was not because of any alleged breach of the contract, but because AWS did not want Parler to be able to provide a new platform to conservative voices, including Donald Trump, or to compete effectively with other microblogging platforms such as Twitter", Parler attorney Angelo Calfo said.

Following the storming of the US Capitol building in January, Amazon Web Services “tried to justify the repudiation based on allegations against Parler” that it “knew were false", the suit has it.

According to the suit, Amazon Web Services (AWS) attempted to "justify the repudiation based on allegations against Parler” that it “knew were false".

AWS said in a statement that there is “no merit to these claims", according to Bloomberg.

They added that they "respect Parler’s right to determine for itself what content it will allow”. However, “as shown by the evidence in Parler’s federal lawsuit, it was clear that there was significant content on Parler that encouraged and incited violence against others, which is a violation of our terms of service".

Parler dropped the original case that it filed in a Washington federal court, claiming anti-trust practices on the part of Amazon, on the same day.

In January, the judge rejected Parler’s request to force Amazon to immediately resuming hosting the site.

Parler had begun to attract a large number of followers as an alternative to the censorship of conservative voices and Donald Trump supporters from traditional platforms like Facebook and Twitter. The social media platform has struggled since being kicked off Amazon’s servers.

Following the storming of the US Capitol building on 6 January, Amazon claimed it removed Parler due to its alleged inability to manage violence-promoting content.