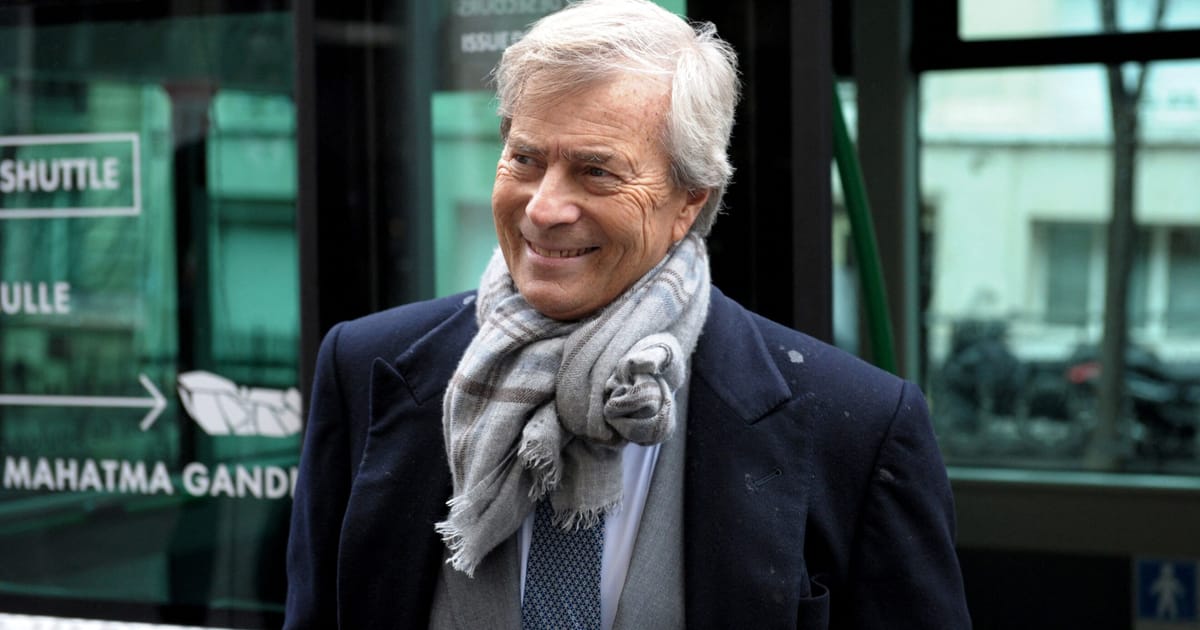 Brussels wants media concentration to become a European Union issue. French billionaire Vincent Bolloré is testing how serious it is.

The European Commission is set to decide by Wednesday night whether to open an in-depth probe into the takeover of France’s leading publishing group Lagardère by Vivendi, the media conglomerate owned by controversial media tycoon Vincent Bolloré. The deal is facing strong criticism from lawmakers and economists warning that media freedom in France is in danger and urging Brussels to intervene.

Bolloré – who started his businessman career by turning around his family’s paper factory and is now one of France’s richest men – has become a controversial character partly because of his conservative political leanings and a series of takeovers in the media industry. His empire now spans from logistics in Africa to videogames.

Bolloré’s Vivendi brings together communication agencies, publishing houses, gossip magazines and TV channels which have been criticized for spreading far-right ideas and contributing to the rise of far-right presidential candidate Eric Zemmour. More recently, Bolloré’s C8 channel has been under fire, including by French regulators, for letting a popular TV host insult a member of parliament who criticized Bolloré during his show.

The proposed deal would make him the full owner of France's leading publisher Hachette, and also of printed newspapers Paris Match and Journal du Dimanche as well as radio stations including Europe 1. His bid to take full control of Lagardère – a group in which he already has a majority share – has sparked worries in France from left-wing politicians and also among allies of French President Emmanuel Macron.

All eyes are now on the EU competition officials who have to decide whether to clear the deal or to extend their investigation, which raises the prospect of a potential veto.

“It’s a risk for democracy,” said David Cormand, a French Green member of the European Parliament who, together with some of his French colleagues, urged the Commission to block the deal in a letter first reported by POLITICO.

The group of lawmakers, including an MEP from Macron’s Renew group, argues that an EU clearance would see Brussels reneging on its bid to become the watchdog of media freedom on the Continent. This is the ambition of the European Media Freedom Act proposed in September which still needs to win political agreement. Even if it does enter into force, it won't give the Commission any new powers to block deals in the name of media pluralism.

“The EMFA does not aim as such to prevent media ownership concentration – the proposal does not set any thresholds for media market concentrations or for national media market measures,” a Commission spokesperson said. The text will set out ways to assess the effects of deals on media pluralism and editorial independence via a procedure “separate to the one done under competition rules.”

'A media is not a baguette'

But French politicians and some media experts would like the EU’s competition watchdog to also step in and use the Vivendi/Lagardère case as an opportunity to change its approach and do more to protect media pluralism.

“We should probably change our paradigm,” said Céline Calvez, an MP from Macron’s LREM party, noting that merger reviews that focus on a company's share in a precise market –such as news magazines or book publishing – don’t properly measure groups that stretch across different media industries, such as Vivendi.

For Julia Cagé, a left-leaning media economist, the EU authority's narrow focus on economic competition "basically amounts to regulating the size of bakeries."

"A media is not a baguette," she said, calling for competition regulators to approach the industry differently and take a holistic view of the “attention market.” The Vivendi/Lagardère combination would reach more than one-third of the French population, she said.

Vivendi has so far only pledged to address competition concerns related to its publishing activities. Vivendi owns Editis, France’s second-largest publishing company, while Lagardère owns the country’s biggest publishing group Hachette. Vivendi has already said that it is ready to divest Editis to soothe regulators.

It didn’t bother to offer that divestment last week, a sign that it's willing to face an extended probe. A longer merger review can allow companies more time to try and challenge regulators' concerns and shape a more complicated offer to remedy any issues.

A Vivendi spokesperson declined to comment on any offer, stressing that "Vivendi's strategy is to build a world leader in the media, content and communications sector" and that the acquisition of Lagardère would contribute to "a better distribution of culture" in France and abroad.

A devout Catholic, Bolloré has been accused of infringing on newsrooms' independence to push for stories in line with his views. Journalists from the weekly news magazine Paris Match, already partially owned by Bolloré, criticized editorial choices including putting a radical cardinal on the magazine's front page. Journalists from Le Journal du Dimanche – also under Vivendi's control – openly criticized the appointment of a new editor-in-chief, accused of being too close to Bolloré.

According to Eveno, Bolloré imposed a clear editorial line on media he took over and pushed for "a political vision at the service of the extreme right and its own business interests.”

“It is not a problem of concentration, but of Bolloré’s political toxicity on newsrooms,” Eveno said.