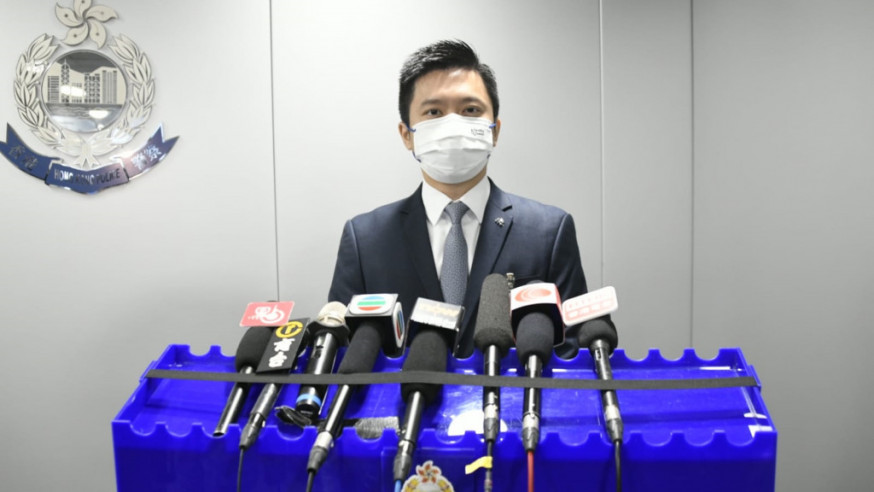 This summer’s anti-narcotics operations saw officers make 168 drug busts and arrest 250 people - the youngest of which was only 14 - and seized drugs worth HK$76 million, police said.
Speaking to the media on Saturday, Chan Chi-wa, acting chief inspector of the police’s Narcotics Bureau, said the operations were conducted in the second half of August. The confiscated drugs, weighing 97.2kg in total, included heroin, cocaine, ketamine, marijuana, and methamphetamine, commonly known as the drug “ice.”

As for the 250 arrestees, including 212 men and 38 women aged 14 to 80, were arrested for manufacturing, possessing, trafficking in drugs, operating a drug den, and possessing tools and equipment for consumption and injection of drugs.

Among them, 20 were underage, and 10 were students. Sixteen of them were involved in manufacturing and trafficking in dangerous drugs.

The youngest one – a 14-year-old boy – was intercepted by plain-clothes officers near a Tseung Kwan O housing estate and was found carrying 10 packets of cocaine, weighing 15.1g in total. Investigations later revealed that the boy was only paid a few dozen dollars for each package transported.

He has been charged with trafficking in a dangerous drug and may face imprisonment of five to eight years upon conviction, according to the amount of drugs he carried.

Another case occurred at the airport as the border control measures were relaxed recently, Chan said. A 22-year-old woman arriving from Dubai on August 31 was caught having eight bags of cocaine weighing 7.1kg in her suitcase. She has also been charged with trafficking in a dangerous drug.

Chan noted that the drug syndicates have been recruiting teenagers for drug trafficking online since entertainment premises were shuttered by the pandemic.

Chan continued that such crime will never be tolerated and will apply for a longer sentence after the deals are convicted by the court.
Add Comment