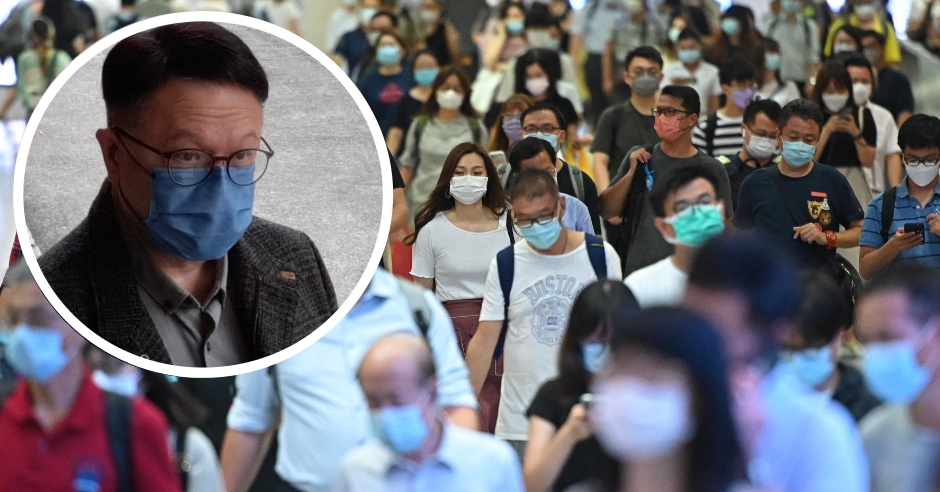 A health expert said on Friday that the risk of relaxing Hong Kong’s Covid curbs is relatively low as he estimated some 4 million people in Hong Kong have Covid antibodies, with the city’s vaccination rate having gone up further recently.
Speaking on a radio program, government pandemic adviser David Hui Shu-cheong noted he did not participate in government discussions over the relaxation of the social distancing measures, describing the latest move as “aggressive”.

He believed many of the relaxations were made with business considerations taken into account.

Hui said the decision of lifting a ban on food and drinks inside cinemas with a vaccination requirement would surely offer a chance for cinemas to generate greater income.

Meanwhile, he agreed that bars and pubs should be reopened in the later phases of the city’s roadmap to normalcy.

The trade had earlier criticized the city’s “discriminative” Covid rules, with the industry being left out in the latest easing of social distancing measures.

Hui said authorities have long seen bars and pubs as high-risk premises for Covid transmission, as customers would usually walk around the place with their masks off.

He also noted that customers would have to raise their voices talking in the usually loud environment, where respiratory droplets were produced in such speeches.

Separately, the health expert expected the city’s daily Covid tally to fall to three digits by the end of April.

However, he noted there is still a possible risk of a rebound in Covid cases after the Easter holidays.
#Covid
Add Comment