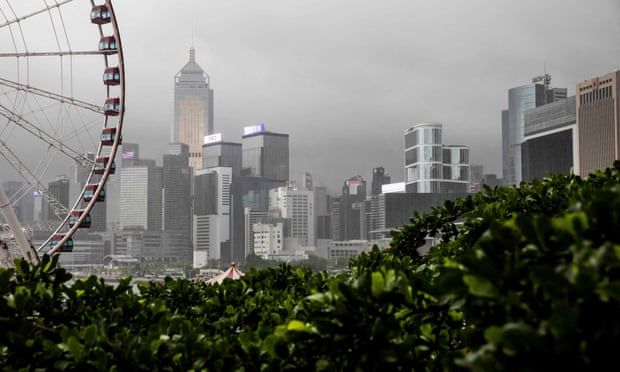 The police said the four, aged 16 to 24, were intercepted at a bus terminal near a ferry pier before dawn on Wednesday.

Local news reports said that at the time of the arrest the men were carrying bags of clothes and other belongings, and each had more than NT$10,000 (£280) on them. They were believed to be heading to Taiwan.

Senior Supt Steve Li, from the police’s national security department, said the men had been hiding from law enforcement since failing to respond to court summonses.

He said the four men had tried to seek refuge via the US consulate in Hong Kong in December 2020 but had been rejected. Since then they had been hiding in various places with help from an unnamed party, who moved and fed them.

“For close to a year, these four people have not set foot outside,” Li said.

When the four were intercepted, Li said they had long hair and looked malnourished.

To avoid detection during transit, Li said the men were subjected to the “inhumane” treatment of being put into paper boxes and not knowing their destinations.

He said they had paid unnamed facilitators more than HK$400,000 (£43,100) to be smuggled out of Hong Kong. He also said some of the facilitators have fled Hong Kong themselves, leaving the four young protesters to their own devices.

A 34-year-old man was also arrested for assisting offenders, but Li did not say if he was with the facilitators.

One of the four defendants, Tsang Chi-kin, who in 2019 was an 18-year-old secondary school student, was shot in the chest by a police officer during a protest in Tsuen Wan. He was later charged with rioting. The police said the officer was going to the aid of a colleague whom he believed was under attack.

The shooting shocked many in the city and prompted protests. Demonstrators called the day of the shooting, which also marked the 70th anniversary of the communist rule in China, a “day of grief”.

Tsang was called to appear in a district court in December 2020, accused of rioting and assaulting a police officer. When he did not turn up the court issued a warrant for his arrest.

On Thursday, the four men appeared in district courts. Local media reports said Tsang did not apply for bail and was remanded in custody. The other three face protest-related charges.
Add Comment