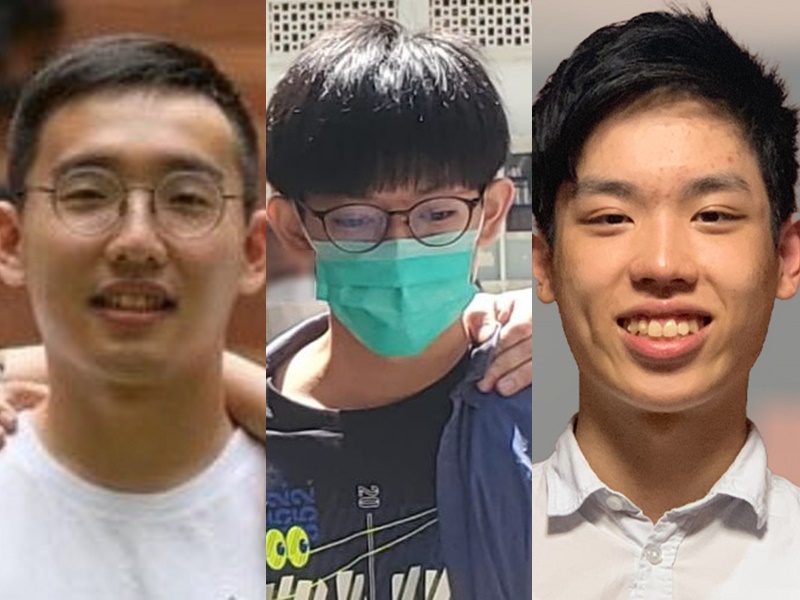 No plea was taken and they were each charged with one count of advocating terrorism. Incitement with intent to wound was laid as an alternative charge.
All four were refused bail and were remanded in custody.

The four were accused of advocating terrorism in Hong Kong on July 7, which is against Article 27 of the National Security Law.

For the alternative charge, they were accused of inciting other persons to unlawfully and maliciously wound police officers with intent to cause grievous bodily harm on July 7.

But defense counsels Carter Chim Ting-cheong and Anson Wong Yu-yat said the adjournment was too long as it was more difficult for defendants to get bail in national security cases.

The hearing has been adjourned to October 15 but the court will hear the investigation process by the prosecution on September 14.

The four were arrested on Wednesday by the police national security department. The arrests were made after the student union council passed a motion on July 7 to pay tribute to Leung Kin-fai, 50, who stabbed a police constable from behind before stabbing himself to death on July 1 outside the Sogo department store in Causeway Bay.
Add Comment