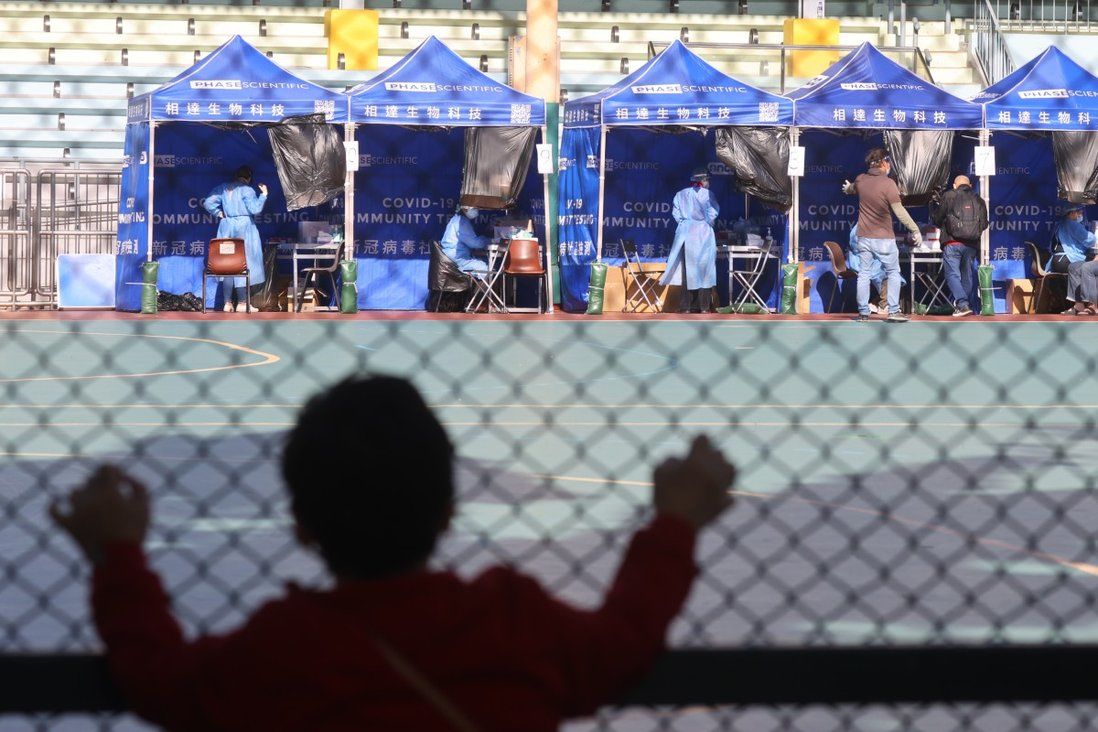 Four in five interviewees scored eight or above on a scale of 0 to 10 for mental stress in a survey released on Tuesday.

Four in five Hongkongers caring for children in low-income families have said they faced tremendous stress during the recent Covid-19 outbreak, with fears including possible infection and disrupted schooling, a survey has found.

The poll was conducted by the People Service Centre, a charity founded in 2002 to help the underprivileged residents. It interviewed 603 child carers, including parents and grandparents, between February and March.

Seven in 10 respondents reported having a monthly household income of less than HK$15,000 (US$1,918), while more than 90 per cent lived in public rental flats or inappropriate housing such as subdivided flats.

The survey, which was released on Tuesday, found about four in five interviewees scored eight or above on a scale of 0 to 10 for mental stress, while nearly one in three had a score of 10.

Many carers said they were afraid of contracting Covid-19 and being unable to take care of their families, and were also worried about children becoming infected.

Respondents also said they were worried about the impact of school closures on children’s education during the fifth wave.

“Caring for families, especially children, has put mounting pressure on carers during the pandemic. All their stress came from their concerns about their families or children,” said Cheung Hok-yee, the charity’s project officer.

Despite the extreme pressure faced by carers, many lacked additional support, she said.

The survey found that about two-thirds of interviewees were full-time carers in their families, and nearly nine in 10 said they looked after children by themselves.

On average, each respondent cared for more than two children.

Many carers also reported that Hong Kong’s Covid-19 epidemic had increased the financial pressure on their families, with nearly 10 per cent being unemployed.

Families also faced the additional cost of regularly buying protective equipment like masks and disinfectant, with almost all of the interviewees having said they could not afford their living expenses for the next three months.

Nearly all of the carers said children had difficulty learning remotely, with issues including emotional problems, inability to concentrate and inadequate internet connections.

A mother of an 11-year-old son, who only gave her surname as So, said she was facing huge pressure “inside and outside the home” during the fifth wave.

Living in a public rental flat in Kowloon City, she said her son, a Primary Five pupil, had attention deficit hyperactivity disorder, which made it difficult for him to sit still or control himself.

So said the pandemic and school closures had made the situation more challenging as he was confined at home with no activities.

A wave of panic buying caused by fears of a lockdown and the price inflation of daily necessities had also made it difficult to procure essentials, she said.

“I feel so tired and I’m struggling mentally every day,” So said, adding she had lost her appetite and struggled to sleep.

Meanwhile, a single mother, who gave her name as May, also said the surge in coronavirus cases had made it more challenging for her to care for her nine-year-old daughter.

Living in a subdivided flat and relying on a monthly allowance from the government’s Comprehensive Social Security Assistance, she said the pair had avoided going out and cut back on food due to a sharp increase in prices.

“I still have to make sure my daughter has enough food even if I don’t eat,” she said.

The mother also said the pair had both been infected with Covid-19 two weeks ago, with her daughter having developed symptoms of fever and vomiting.

But mother and daughter were forced to self-isolate at home after they could not be admitted to the city’s overcrowded public hospitals.

“I feel helpless. We are left to save ourselves,” May said.

With the outbreak’s severe impact on the quality of living for Hong Kong’s underprivileged families, the People Service Centre has urged authorities to provide more support for carers and children from low-income households.

Lam Man-chi, a social worker with the centre, suggested allowing recipients of the HK$10,000 consumption voucher to use it to pay rent and utility bills, as well provide other dedicated subsidies to children and their carers.

Lam also called for the delivery services of food and rapid test kits to vulnerable families during the fifth wave and long-term measures such as setting up allowances, temporary care centres and designated community rest spots for carers.