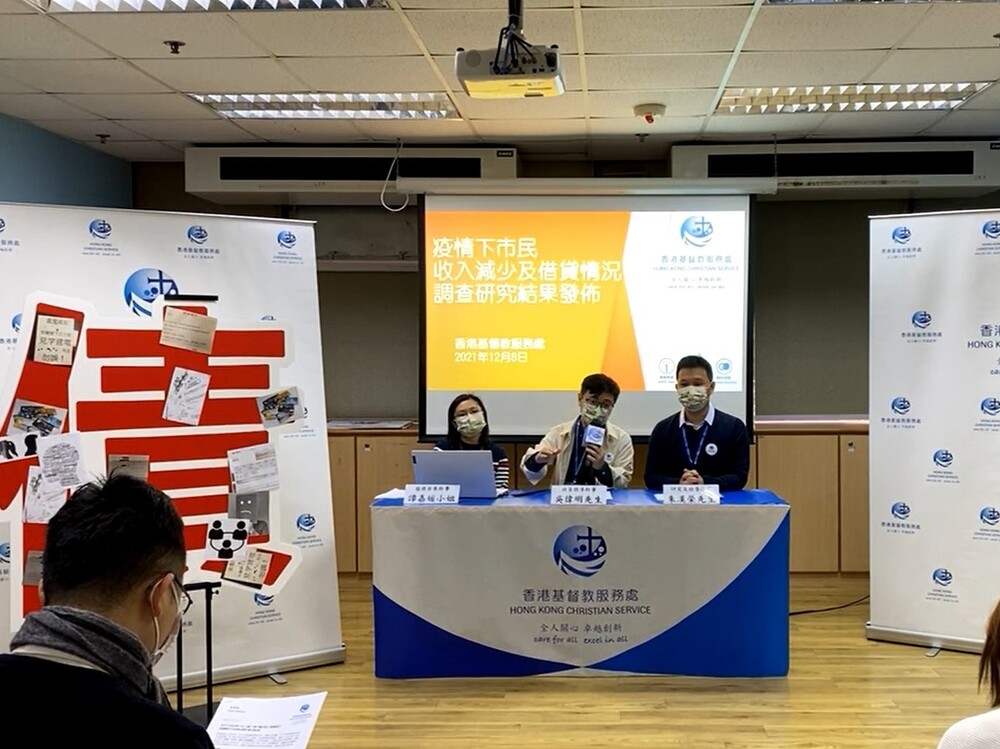 Forty percent of Hongkongers in debt during pandemic

A father accumulated HK$100,000 of debt on his credit card when the family struggled financially during the pandemic.
He shared his experience during the announcement of results of a survey, which found that around 40 percent of Hongkongers were in debt amid Covid-19.

Ben, 50, lives with his wife and three children. He worked for a multinational company before the pandemic. But he lost his job and had to work as a salesperson for a renovation company.

In order to save money, the family moved to another flat with a lower rent of HK$12,000 per month. After paying the rent, Ben has little salary left and cannot afford the expenses of five.

He tried to apply for Comprehensive Social Security Assistance but failed to meet its criteria. In the end, he could only overdraft his credit card to meet the daily expenses and had once owed about HK$100,000.

He said that he wanted to maintain a stable environment for his children. He believed that most people like him who are in short-term financial difficulties are unable to apply for CSSA and that the scheme cannot provide them with timely support.

The Hong Kong Christian Service surveyed 598 persons between September and October, finding that 46.7 percent suffered from reduced income under the pandemic – with an average decrease of nearly 40 percent.

They had to live with the lowest household income for 8.5 months on average.

Among those who earned less than before the pandemic, 71.9 percent used their savings to meet daily expenses, while 41.0 percent had to borrow money, mainly from relatives and friends, with an average amount of HK$77,500.

About 70 percent of respondents in debt said they felt "difficult to start a conversation of borrowing money" or "extremely stressed" about repaying. In comparison, only less than 40 percent said they were "confident that they could repay the money on time."

Only about 20 percent of those suffering income losses are said to have considered CSSA, with less than 5 percent deciding to apply in the end, far fewer than the number who chose to borrow.

The main reasons for not applying for CSSA were "ineligible" or "complicated process."

In addition, 75.1 percent of respondents experienced at least one adverse physical and mental condition amid the pandemic, including 55.9 percent who said to have reduced social activities to save money, 35.8 percent feeling mentally disturbed, and 27.4 percent having more family conflicts.

Nearly 90 percent of those shouldering income losses are said to have experienced related physical and mental discomforts. Even among the rest, more than 60 percent had suffered from associated feelings.

The organization suggested that the government consider allowing a specific percentage of MPF payments to be withdrawn by people in financial difficulties and strengthen the identification of such groups and provide them continuous support.

The organization said that the government should also relax the CSSA application threshold and establish an unemployment support scheme on a time-limited basis.
#COVID-19  #Covid
Add Comment