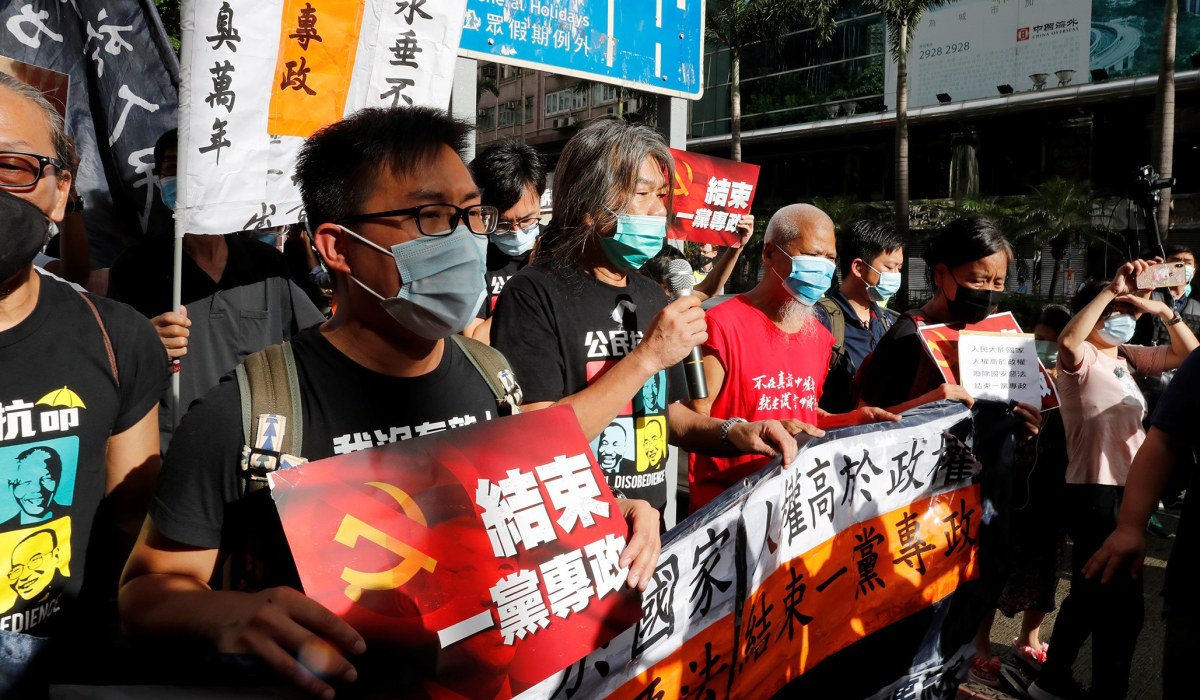 A former U.S. ambassador to China claimed on Wednesday that the 1989 Tiananmen Square protests and the Hong Kong protests of 2019 “went too far,” while also denying that China is engaged in a genocide of Uyghur Muslims in Xinjiang province.
Ambassador J. Stapleton Roy, who served as U.S. envoy to China from 1991 to 1995, made the remarks during a Zoom session with Pomona University’s Model United Nations.

Roy is the founding director emeritus for the Kissinger Institute for Chinese-U.S. Studies at the Woodrow Wilson Center, a think tank that is partially funded by the U.S. government.

In his remarks, Roy called for the U.S. to respect the Chinese Communist Party’s “One China” policy, which holds that Taiwan is a part of China and not an independent nation. Taiwan has vociferously opposed this policy and rejected Chinese rule.

Roy also told students that China’s repression of Uyghur Muslims in Xinjiang Province does not constitute a genocide.

“Let’s be careful with our language. Genocide is generally used to refer to the extermination of a people or nation. Genocide is not taking place in Xinjiang,” Roy said during a question-and-answer session. “More accurately, there is what can be called ‘cultural genocide.'”

China has come under criticism from U.S. officials following revelations of mass forced sterilization of Uyghur women, as well as the internment of over one million Uyghurs in camps where detainees are forced to learn Communist Party ideology.

Reports of torture, rape, and other abuses have emerged from these camps, and the Trump administration is attempting to halt imports of cotton and other goods from the region that could be made with forced Uyghur labor.

Additionally, during the session with Pomona students, Roy implied that protests against the Chinese regime have had counterproductive effects. Residents of Hong Kong conducted pro-democracy protests beginning in March 2019 against encroachment of Chinese rule in the territory.

“We have seen in Hong Kong what can happen when demonstrators for a just cause go too far, and precipitate a counter-action that sets back the just cause for years or decades,” Roy said. Roy cited the 1989 Tiananmen Square demonstrations as another protest that “set back the cause of reform in China for decades.”

Another former U.S. ambassador to China, Max Baucus, has compared President Trump to Adolf Hitler on Chinese state television. Baucus was appointed by President Obama in 2014 and served until Trump came into office in 2017.

Update 9:30 a.m. 9/17/20: In comments to National Review, Roy said that he did not intend to justify China’s recent application of national security laws to Hong Kong, a move that he called “excessive but consistent with the lack of free expression” in China.

“Hong Kong residents have enjoyed freedoms not available to mainland residents under China’s authoritarian political system,” Roy said. “Preservation of these freedoms requires a certain amount of self-restraint, given the sensitivities associated with having two different systems within the same country.

The cause of the demonstrators would have been better served by not provoking mainland intervention. The result has been a tragic setback.”

Regarding the repression of Uyghurs, Roy said “The term genocide is too often applied loosely, and inaccurately, to express disapproval of actions affecting ethnic groups that do not involve mass killings, such as in Xinjiang….Charges of mass sterilizations and forced marriages deserve attention but are difficult to document.

There is clear evidence, however, that the Chinese have sent vast numbers of Uighurs to so-called Reeducation Camps in an effort to suppress their Uighur identities.”

Roy added that Chinese policies toward the Uyghurs “could be considered cultural genocide,” and that the attempt is “ill-advised and will not succeed in [its] purpose.”
Add Comment