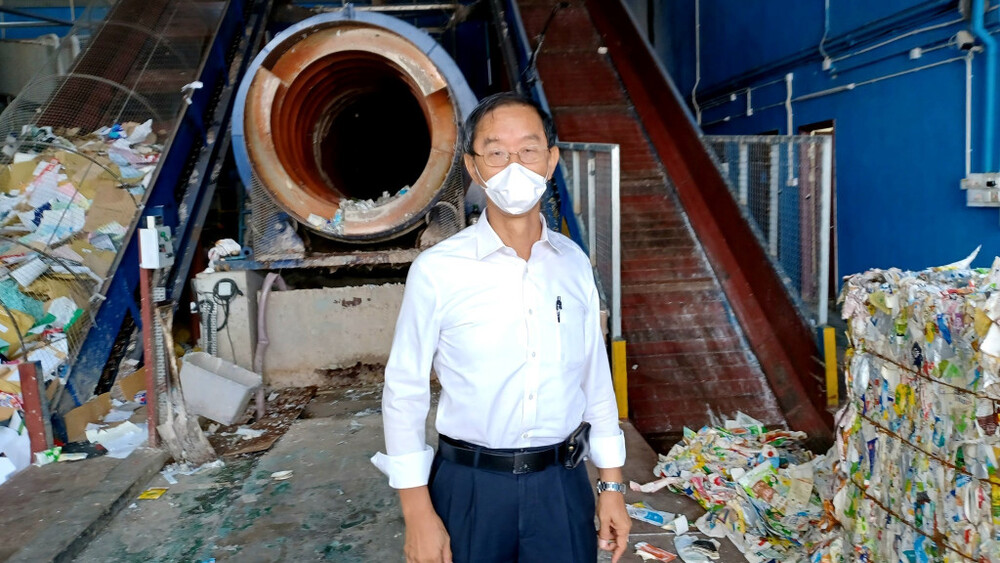 Former Observatory chief Lam Chiu-ying on Friday slammed Hong Kong Science Park for its decision to not renew a lease for Hong Kong’s only drinks carton recycler, forcing it to cease operation by end-December.
Earlier in the month, the recycler - Mil Mill was told by the government-backed Hong Kong Science and Technology Parks Corporation it would not renew the company’s lease for a plot measuring 20,000 sq ft at Yuen Long Industrial Estate. The recycling company was also asked to vacate the premises by December 31.

Writing on Facebook this morning, the former weatherman said the park has no idea and no regard for ESG - environment, social, and governance - a term used to represent an organization’s corporate financial interests that focus mainly on sustainable and ethical impacts.

He said the park brags about its innovation and microelectronics developments, but has neglected the city’s only drinks carton recycler, which also contributed to the city’s innovative and green development.

“Such action equals destroying our environment and has gone against society’s mainstream desire to strengthen recycling in the city.

“The Science Park’s action reflected they are shortsighted and disconnected from the reality…there is definitely something wrong going on with their governance,” Lam wrote.

He said he had visited the recycler and witnessed firsthand how drink cartons made of plastic and aluminum were turned into pulp to make toilet paper and paper towels by the plant.

The effort is also a solution to the years of deadlock where local recyclers refused to take in these cartons, he said, with the recycler’s help made possible the city’s recycling culture in plastic-coated paper products.

He noted that aspired industrialists fought hard to contribute to Hong Kong’s green industry, but the society had failed to express gratitude, treating them as if they were “at our beck and call.”

“Hong Kong’s recyclable plastic-coated paper going back into our landfills might be unprecedented, with the city’s recycling effort back to square one,” Lam added.
#Facebook
Add Comment