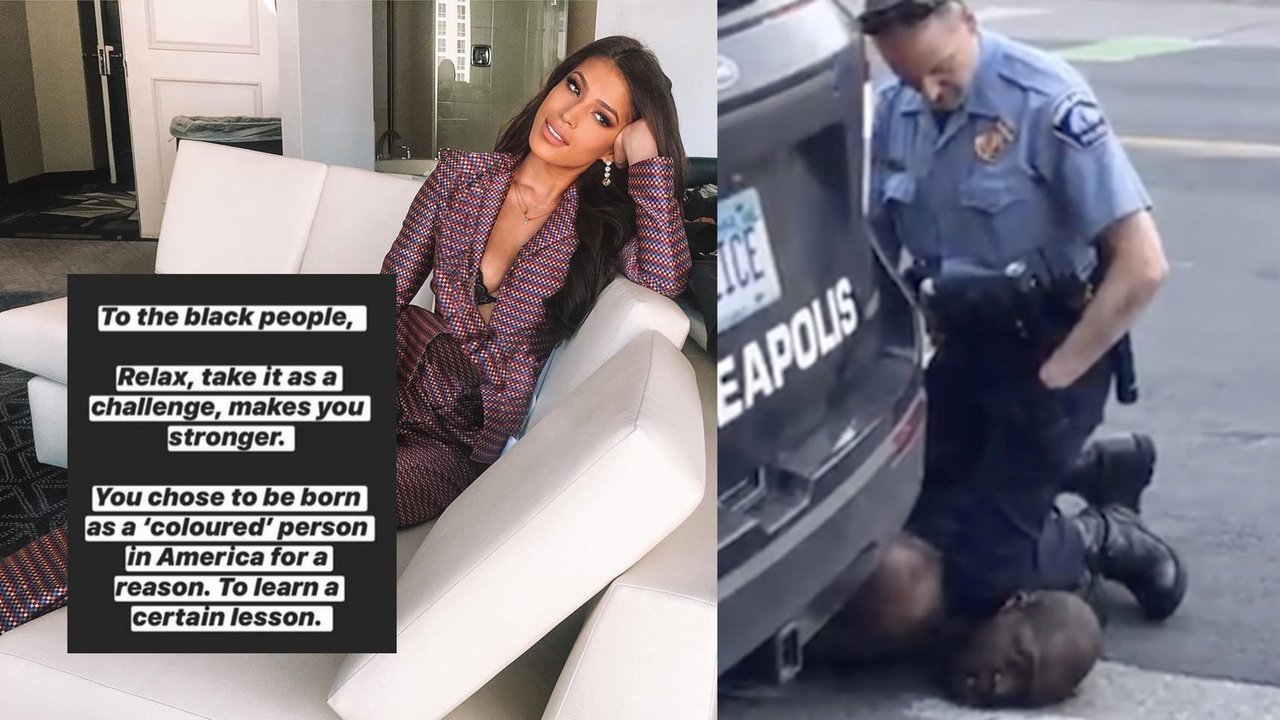 Samantha Katie James, 25, used her Instagram account to post several stories commenting on African Americans who have been demonstrating against police brutality and racism in the US for six days straight.

She told over 160,000 followers that the protests were proof that “the whites [have] won” and called protesters who are angry about the killing of George Floyd “foolish humans”.

“I don’t live in America and it has nothing to do with me, but to me, it seems like the ‘whites’ won,” she wrote in her first post.

The Malaysian-Chinese-Brazilian beauty queen continued: “To the black people: Relax, take it as a challenge, makes you stronger.

“You chose to be born as a ‘coloured’ person in America for a reason. To learn a certain lesson.

“Accept it as it is, till now hunger and poverty still exists. It is what it is. It’s inevitable. Best you can do is remain calm, protect heart, don’t allow it to crumble.

“That’s your responsibility,” she added.

In another post, she answered a follower who asked what she meant by “chose to be born ‘coloured’” and said: “Like our souls. Chose this life, this country, this race, this human form, specifically… I always wonder why I’m born in Malaysia, as a white girl, with Chinese mom and Indian grandparents and Brazilian dad.

“But I chose this all for a reason, as a soul.” 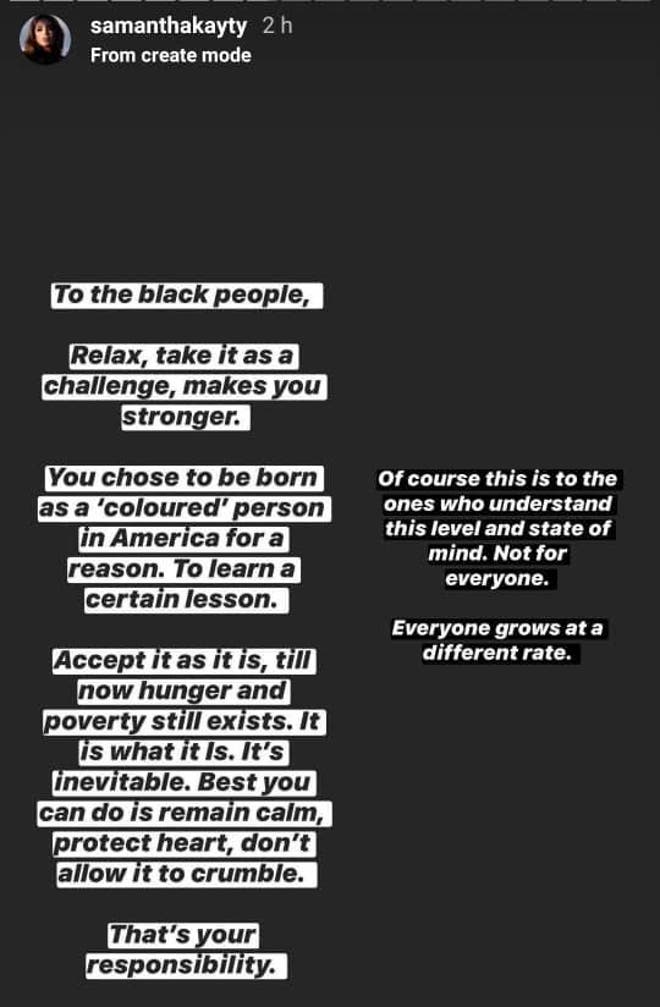 Ms James’ remarks have been met with anger, as many Malaysians have stood in solidarity with black Americans and their fight against systemic racism.

One person said in a comment: “While you may mean well, you’ve made some grave errors that are both disrespectful and hurtful in the extreme. African Americans have not been treated with anything near equality for close to 400 years.”

Another said: “Actually embarrassing, I can’t imagine telling black people to ‘relax’ and take the fact that they’re getting killed by the very people who swore to protect and serve them as a challenge. Kindly delete your story posts and take a moment to consider something outside your own little bubble of privilege.”

"The views expressed on Samantha’s personal Instagram account are her own personal views and are neither the view nor position of MUMO. Samantha Katie James is not contracted to MUMO and has not represented the organisation since June 2018.

“MUMO stands for a non-racial society and strongly condemns all acts of racism and prejudice anywhere in the world.”