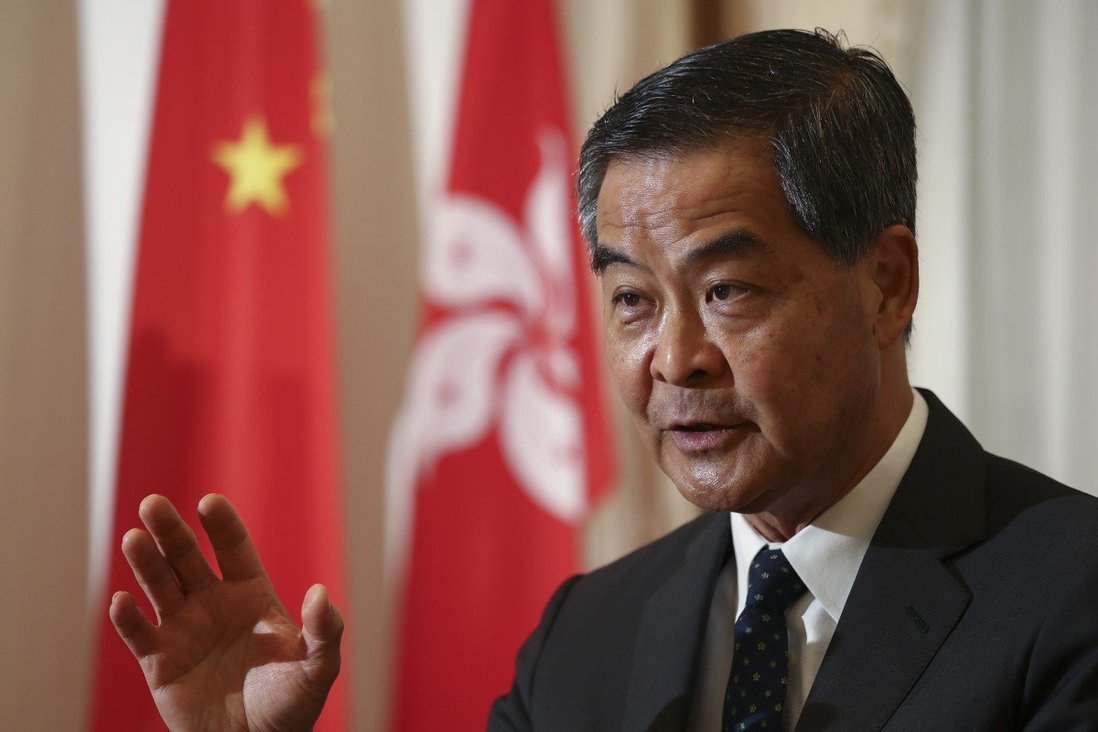 While the law allows for the chief executive to be decided through local consultation, idea of Leung Chun-ying has been met with blowback even from within the pro-establishment camp.

Hong Kong’s former leader Leung Chun-ying has defended his call to choose the next chief executive through consultation rather than election, warning that the city might have to “swallow bitter fruit” as the political ground had changed in recent years.

Leung, vice-chairman of the National Committee of the Chinese People’s Political Consultative Conference, said it would be hard to say whether a Hong Kong leader who won an election would enjoy greater legitimacy than through consultation. This route of choosing a chief executive is provided for in the city’s mini-constitution, the Basic Law, but has never been adopted.

His remarks on Saturday intensified an ongoing row among pro-establishment heavyweights, after he first floated the idea on Monday that it would still be lawful for the city’s next leader to be chosen without an election.

Former Legislative Council president Jasper Tsang Yok-sing was the latest figure in the bloc to pour scorn on his proposal, in the wake of similar disapproval from incumbent leader Carrie Lam Cheng Yuet-ngor and chief adviser Bernard Chan.

Wading into the controversy, Tsang, who now leads the Hong Kong Policy Research Institute, told a media website on Friday that it would be “a regression rather than progress” if the chief executive was elected through consultation, as the ultimate aim as stipulated by the Basic Law was to select the city’s leader by universal suffrage.

Offering a different interpretation of the Basic Law on his Facebook page on Saturday, Leung urged society to consider Hong Kong’s “actual situation” to determine the selection method of the leader.

“If we ignore the tremendous changes taking place in Hong Kong in recent years, like carving a mark on a moving boat where a sword was lost, we will have to swallow the bitter fruit,” he said, without elaborating on what actual situation or changes he meant.

“This is a practical political issue, instead of an academic, theoretical or ideal issue.”

At the centre of the dispute is Article 45 of the Basic Law, which stipulates that the chief executive of the Hong Kong Special Administrative Region should be selected by election or through consultations held locally. It also says that the selection method should be specified in the light of the “actual situation” in the city and in accordance with the principle of “gradual and orderly progress”.

The upcoming election for the sixth term of the city’s leader has been scheduled for next March. Lam, who won 777 votes in a small circle election of about 1,200 members of an election committee, will finish her five-year term in June 2022 and will be eligible for a second one.

Asked about Leung’s proposal earlier this week, Lam said that elections would allow hopefuls to elaborate on their vision for the city, while Chan, convenor of the Executive Council, said an elected leader would “enjoy greater legitimacy”.

Responding to their statements, Leung, who led Hong Kong from 2012 to 2017 after winning 689 votes, said the Basic Law did not say that “consultations must be abolished” after several elections were held to pick the leader since the former British colony returned to China in 1997.

“We do not know whether selecting the chief executive by election will enjoy greater legitimacy than through consultations, because consultations have not been adopted so far,” he said.

He added it was the opposition camp who blocked the city from achieving universal suffrage in a gradual and orderly manner as they had been denouncing the election method stipulated in the Basic Law as having no legitimacy.

Pro-democracy politicians had criticised the size and composition of the Election Committee, arguing that it was skewed heavily in favour of businesses and pro-Beijing forces.

The committee consisted of 400 members in the first election of the chief executive in 1996, before later expanding to its current size.