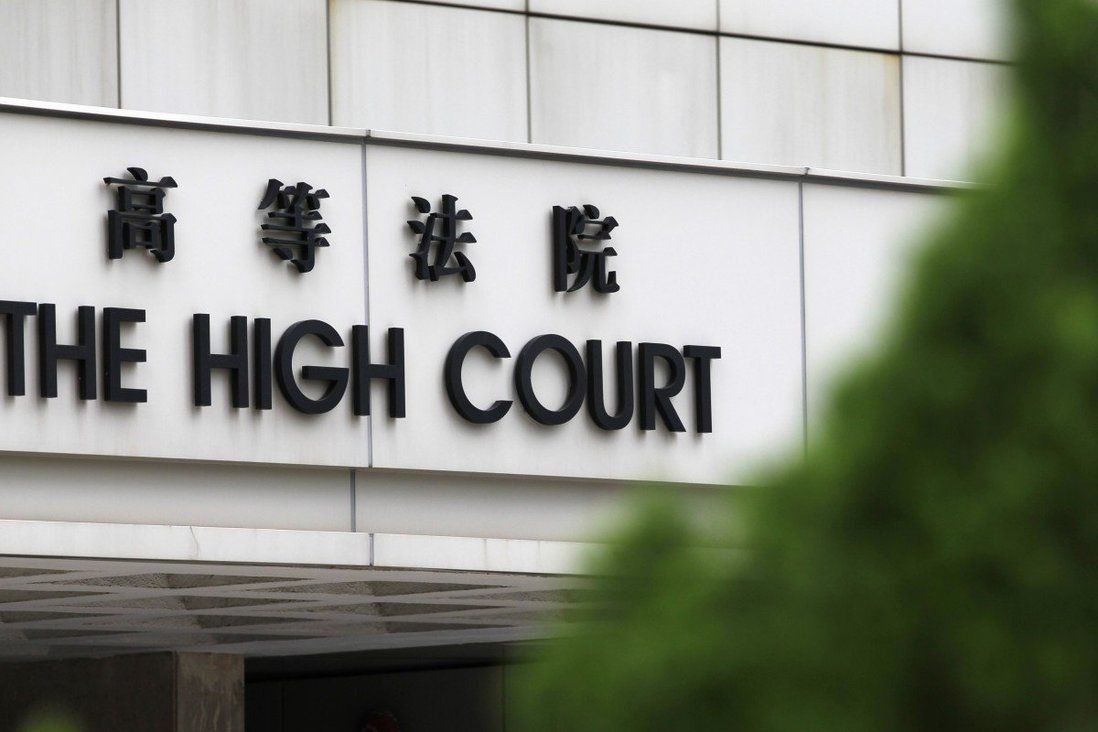 Woo Tak-yan, former senior environmental protection inspector, applied for judicial review after being told to ‘retire in the public interest’ for insisting declaration signed with ‘irrelevant wording’ be recognised.

A former civil servant has lost a legal challenge against Hong Kong authorities’ decision to order his retirement, after he signed a declaration pledging allegiance to the city with a Chinese idiom to mark his aversion to the requirement.

Former senior environmental protection inspector Woo Tak-yan applied for judicial review in the High Court last year after the secretary for civil service asked him to “retire in the public interest” for insisting that his declaration signed with “irrelevant wording” be recognised.

Woo, who had worked for the government for more than three decades, signed his declaration by putting a four-character idiom in the signature box. He acknowledged in court that it was not the usual way he would endorse a document. 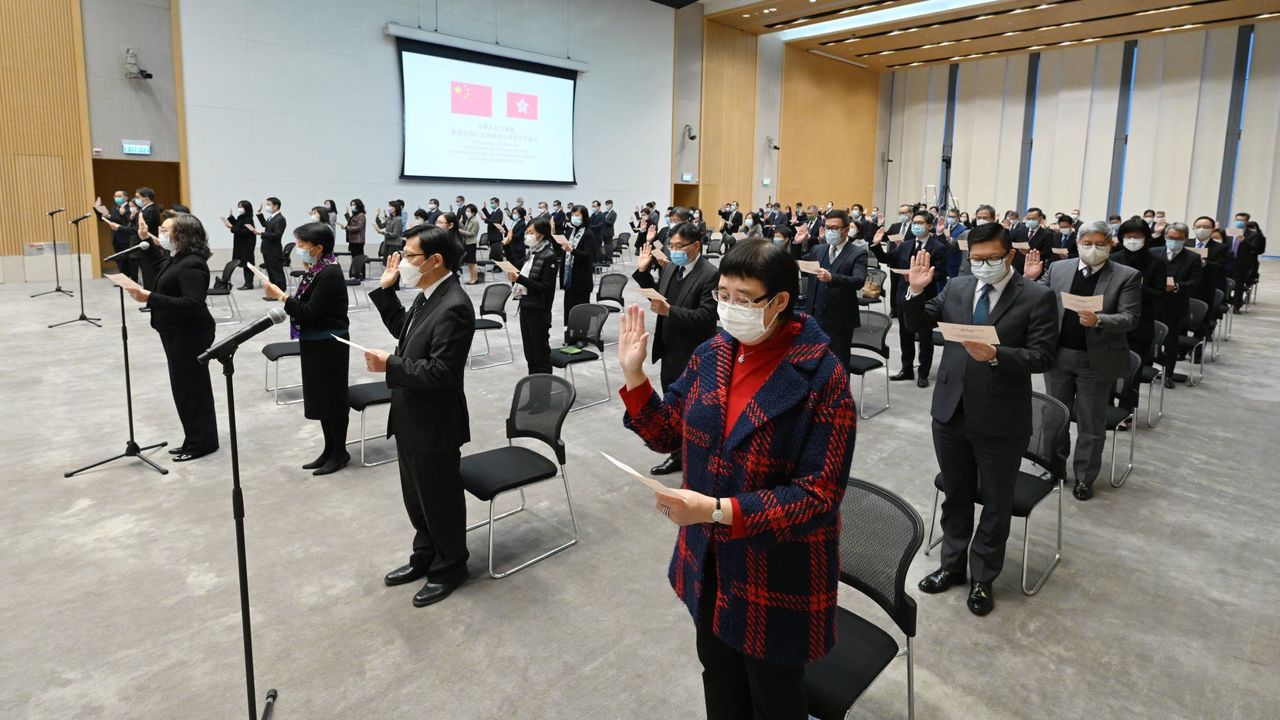 Civil servants attend an oath-taking ceremony at the government headquarters in December 2020.

The expression literally translates to “the heaven and sun are bright and clear”, and can be used to mark the speaker’s clear conscience and protestation of injustice. It is commonly associated with Chinese military general and folk hero Yue Fei, who uttered the phrase ahead of his execution in the Song dynasty.

Woo was among 129 civil servants deemed to have “neglected or refused to duly sign and return the declaration”, after the Civil Service Bureau made it mandatory in October 2020 for government workers to pledge that they would uphold the Basic Law, the city’s mini-constitution, bear allegiance to the Hong Kong Special Administrative Region, be dedicated to their duties and be responsible to the government.

The rule kicked in after the imposition of the national security law in late June 2020. It aims to ensure the city’s roughly 180,000 civil servants are loyal to the government and support its policies, including implementation of the new law.

Woo submitted the purportedly signed declaration to the Environmental Protection Department three times before the deadline on February 24, 2021, all of which were rejected. He was suspended in April of the same year and sacked five months later.

On Tuesday, Mr Justice Russell Coleman declined to entertain Woo’s “plainly and utterly unmeritorious” application, noting the purported signature failed to exhibit a genuine intention to assent to its content.

In his written ruling, Coleman also pointed to 29 memos the applicant had sent to the department questioning the rationale of the requirement in finding that his aim from the start was to “obfuscate, obscure, and obstruct” the oath-taking procedure.

“If a civil servant can behave and write in the way in which the applicant behaved and wrote, and still believe he is entitled to retain his employment, that only emphasises a gulf between employment in the public and private sectors,” the judge said.

“Perhaps examples like this should put wind in the sails of the recent calls for civil service reform.”

Coleman further dismissed notions that authorities had denied Woo a right to be heard, noting that he was offered sufficient time to sign the document and was given chances to make representations to the Civil Service Bureau before his dismissal.

The judge concluded: “None of the intended grounds of review advanced are anything approaching reasonably arguable with reasonable prospects of success. To the contrary, the application is plainly and utterly unmeritorious.”