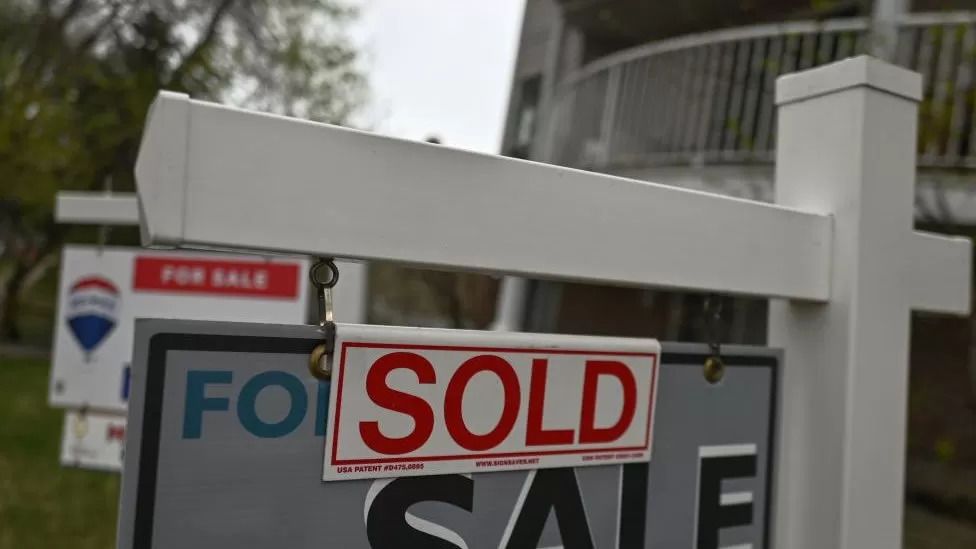 A two-year ban on some foreigners buying homes in Canada has come into effect.

The ban aims to help ease one of the most unaffordable housing markets in the world.

Some have been critical of the ban, saying it is unclear what impact it will have on Canada's housing market.

Non-Canadian residents make up less than 6% of homeowners in Ontario and British Columbia, where national statistics indicate home prices are the highest.

As of 1 January, the ban prohibits people who are not Canadian citizens or permanent residents from buying residential properties, and imposes a C$10,000 fine on those who breach it.

In late December - 11 days before the ban came into effect - the Canadian government announced some exemptions to the regulation, including for international students who have been in the country for at least five years, refugee claimants and people with temporary work permits.

In a statement, federal housing minister Ahmed Hussen said the ban is meant to discourage buyers from looking at homes as commodities instead of a place to live and grow a family.

"Through this legislation, we're taking action to ensure that housing is owned by Canadians, for the benefit of everyone who lives in this country," Mr Hussen said.

While housing prices in Canada dipped slightly in 2022, they remain much higher than a decade ago.

Meanwhile, the average household income for Canadians has struggled to keep pace to rising home prices. The latest data indicates the median after-tax household income grew 9.8% from 2015 to 2020.

These numbers set Canada's housing market up as one of the most unaffordable in the world, ranking the country higher than New Zealand, the US and the UK, according to a Statista analysis of house-price-to-income ratios.

The average home price in two of Canada's largest cities - Toronto and Vancouver - has topped the C$1m mark, often putting them at the list of top 10 most unaffordable cities in the world.

New Zealand passed a similar legislation banning foreign homebuyers in 2018 as the country grappled with its own housing affordability crisis.

However, inflation-adjusted home prices have continued to rise since the ban came into effect.

Other countries have enacted different measures to curb foreign homeownership, including by implementing designated restricted zones where non-residents are barred from purchasing homes, or bringing in specific fees on foreign buyers.

Why it takes 30 years to buy a house in Canada