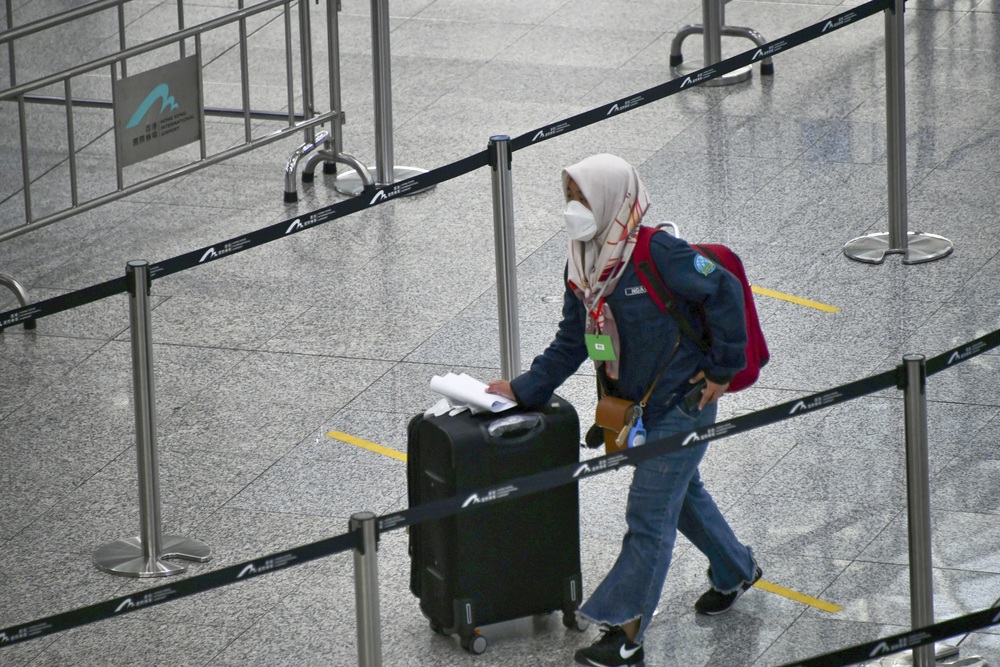 Foreign domestic helpers can work at employers’ homes during the three-day medical observation following their arrivals, but they will still be barred from premises under the vaccine pass scheme as restricted by the amber code, the Labour Department said.

“During the medical surveillance period, helpers can work at the employers’ residence and go out to conduct essential daily activities of lower risk, e.g., taking transport, entering supermarkets and markets, etc.,” a spokesperson for the department said on Saturday.

“They will, however, be subject to Amber Code restrictions under the Vaccine Pass and are not allowed to enter high-risk premises involving mask-off or group activities, as well as other premises requiring key protection,” he continued.

Chief Executive John Lee Ka-chiu announced yesterday (Fri) the “0+3” quarantine measure where, starting from Monday (Sep 26), inbound travelers will only be subject to a three-day medical observation at their homes or choice of hotels, followed by a four-day self-monitoring period.

“In view of the conditions of individual families, the Commissioner for Labour has given in-principle approval for employers to choose to arrange helpers to stay at licensed hotels or guesthouses to complete the three-day medical surveillance and the subsequent four-day self-monitoring,” the spokesperson added.

If employers arrange for helpers to undergo medical surveillance and self-monitoring in licensed hotels or guesthouses, they should bear the accommodation expenses and provide food allowance to helpers for that period, the spokesperson noted.

He also said if employers decide to arrange for the helper to undergo medical observation at other places, they should pay the helper a sum equivalent to the remuneration the helper would have earned if they had worked for that period.

As for helpers who arrived in Hong Kong before September 26 and are still undergoing quarantine at designated hotels on the same day, they are allowed to leave on September 26 as arranged by the hotels.

Helpers who arrived in Hong Kong within three days (i.e., FDHs arrived at Hong Kong between September 24 and 26) will still be required to undergo medical surveillance and be subject to Amber Code restrictions.