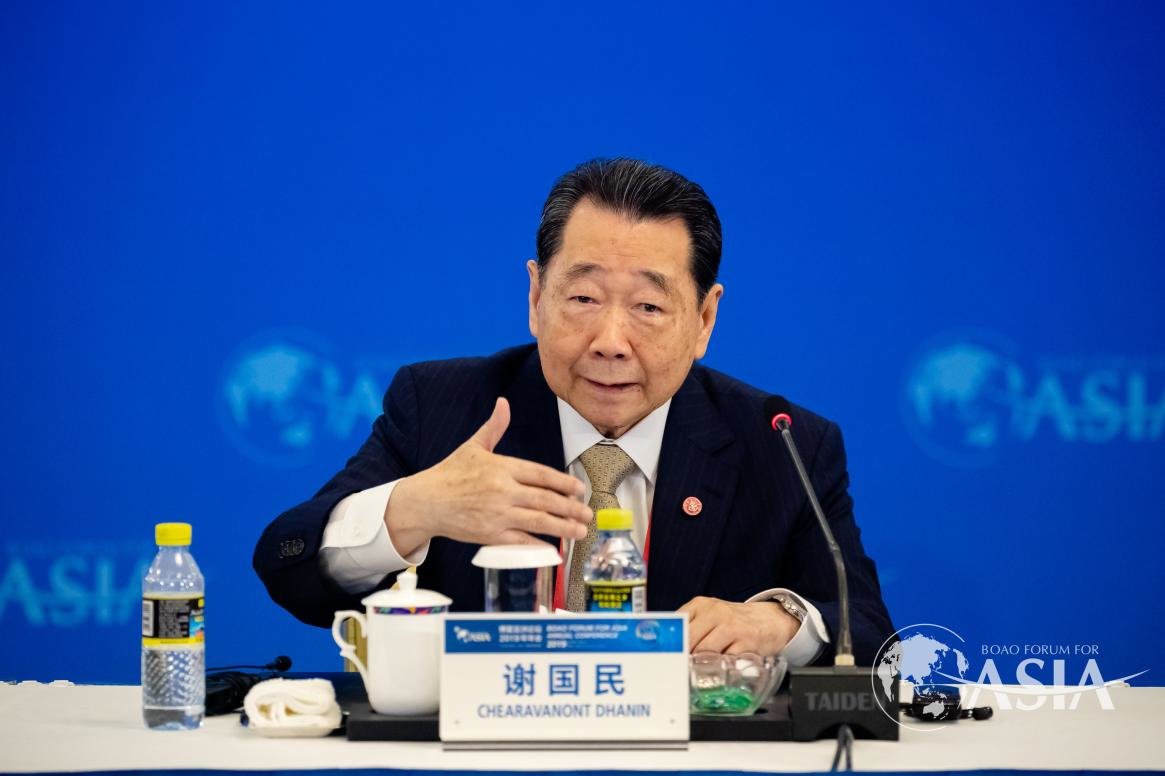 For two of Southeast Asia’s richest men, it all started in Hong Kong

The Thai and Indonesian business titans discuss how the city played an essential role on their way to the top – and will do so today for investments related to Xi Jinping’s ambitious global trade strategy.

Two of Southeast Asia’s most prominent members of the Chinese diaspora, businessmen Dhanin Chearavanont and Mochtar Riady, took the stage at the Hong Kong Trade and Development Council’s Belt and Road Summit on Wednesday to reminisce about being early investors on the mainland.

The tycoons, who both addressed the summit in Mandarin, emphasised their belief in China’s economy and President Xi Jinping, and described how Hong Kong had played an essential role in their early successes – and could do so today for investments related to the Belt and Road Initiative
.
Riady, founder and chairman of Lippo Group and one of Indonesia’s richest men, received a round of applause from the crowd after telling them he had recently celebrated his 91st birthday.

He described getting his start in banking after being born into a working-class family in East Java, and how he went on to acquire Hong Kong’s iconic Lippo Centre in the late 1990s.

“I thought for all products there were limits, but there’s one thing with no constraints – that’s money. So I wanted to work for a bank,” Riady said.

He was doing just that in Hong Kong when he heard that the city’s famous Bond Building was going to be sold, and sought some expert advice. “I called up [influential entrepreneur] Li Ka-shing – he often said I should invest in Hong Kong. So then I did invest in Hong Kong, and I bought the Lippo Tower.”

The building was renamed after Riady’s company in 1998.

From there, Riady said, he was able to make investments in the Philippines, Singapore, Malaysia, the United States and Australia.

Lippo Group – which is now run by sons James and Stephen, and which Forbes estimates brings in around US$8 billion in total revenue – today has holdings in real estate, health care, media, education and retail.

“It all started from Hong Kong,” Riady said.

Dhanin Chearavanont, Thailand’s richest man and senior chairman of family-owned conglomerate CP Group, expressed confidence in the benefits of the belt and road plan for China’s economy as well as Asian economies broadly.

Dhanin, an early investor in Shenzhen, and first listed his company in Hong Kong in 1988. CP Group remains in the Chearavanont family, which was named the fourth richest in Asia by Forbes in 2017.

The conglomerate is now headed by Dhanin’s sons Soopakij and Suphachai, and is a shareholder in China’s top insurer Ping An Insurance Group.

CP Group’s estimated overall earnings from 19 companies listed across stock exchanges in Bangkok, Shanghai and Hong Kong are over US$400 billion.

Dhanin, who recently bought three full-page newspaper advertisements calling for a return to order in Hong Kong, expressed confidence in China’s economy and lauded the economic benefits to be gained from investment related to the belt and road strategy.

“The belt and road is about sharing common benefits,” said the 80-year-old tycoon, adding that Xi’s signature initiative was making China more open to outside investment.

Panellists at the Belt and Road Summit said the initiative was more than a plan for infrastructure investment, but rather a new international system for free exchange and economic connectivity.

Dhanin pointed to the example of Thailand’s Eastern Economic Corridor (EEC), one of the ruling junta’s flagship projects.

In April it was announced that a consortium including CP Group and state-owned China Railway Construction Corporation would be awarded a 224 billion baht (US$7.3 billion) concession for a high-speed railway project linking three airports.

Dhanin said the EEC had transformed Thailand’s economy, and – being based in a sound legal environment – had helped Thailand achieve an updated “version of the industrial revolution”.

“Hardworking investors can reap the rewards,” he said. “The belt and road is opening a lot of new opportunities.”

Hui Yew-Foong, associate professor at Hong Kong Shue Yan University, said the opening up of China gave both men the opportunity to deepen their ties to the country by investing in its growing economy.

“Their roles demonstrate the continual importance of the Chinese diaspora to China,” Hui said.