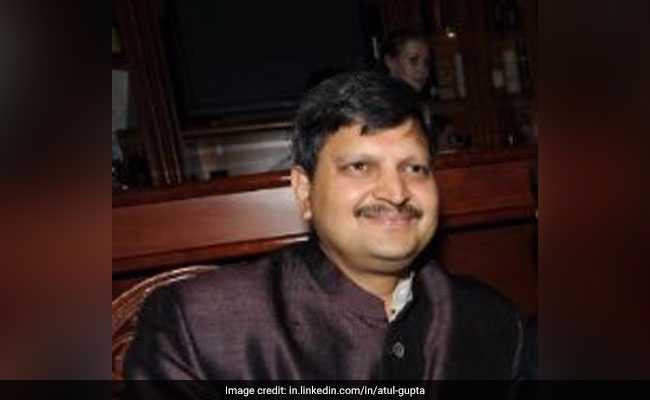 The two brothers, along with their elder brother Ajay, have been in self-exile in Dubai since the net closed in on them three years ago about siphoning off billions of rands from state enterprises, allegedly by misusing their closeness to former president Jacob Zuma.

"This (application) is within the 60-day period from date of arrest of the Gupta brothers (in Dubai), as set out in the Extradition Treaty between South Africa and the UAE," National Prosecuting Authority (NPA) said in a statement.

The application was reportedly delayed for technical reasons, as it had to be submitted in both English and Arabic, the official language in Dubai.

In July, the South African government announced that the UAE has arrested Rajesh and Atul, the two of the three wealthy India-born brothers of the Gupta family, who were at the centre of political corruption under former South African president Zuma.

The Gupta brothers are accused in South Africa of using their relationship with former president Zuma to profit financially and influence senior appointments, charges that they have vehemently denied.

NPA said it addresses the general requirements for extradition which, if met, would allow the extradition to be granted under either the existing Extradition Treaty or the UN Convention Against Corruption (UNCAC), or both.

"A multi-disciplinary team within the NPA led the legal aspect of the process and worked in a focused and well-coordinated manner with the Office of the Director General of the Department of Justice and Constitutional Development, designated as the Central Authority (CA) for extradition processes to prepare and finalise the application.

"This work included consultation with legal counsel and some team members meeting with their counterparts in the UAE early this month, to ensure that the request for extradition met all the requirements of the bilateral treaty, that it was in accordance with UAE domestic laws, and to build trust with relevant law enforcement partners," NPA said.

The Authority described the submission of the formal application request for the arrest and extradition of the Gupta brothers as "an important milestone in the NPA's commitment to hold accountable perpetrators of state capture and uphold the rule of law".

"It reaffirms our resolve to be the lawyers of the people and seek collective justice for our country. As this process unfolds, and the extradition application is heard in UAE courts, the NPA will continue to collaborate and support its counterparts in the UAE to ensure that the Gupta brothers are extradited to face justice in South Africa," the NPA said.

The Gupta family, originally hailing from Saharanpur in Uttar Pradesh, entered South Africa by setting up a shoe store in the early 1990s.

They soon expanded to include IT, media and mining companies, most of which have now been sold off or closed.
Add Comment