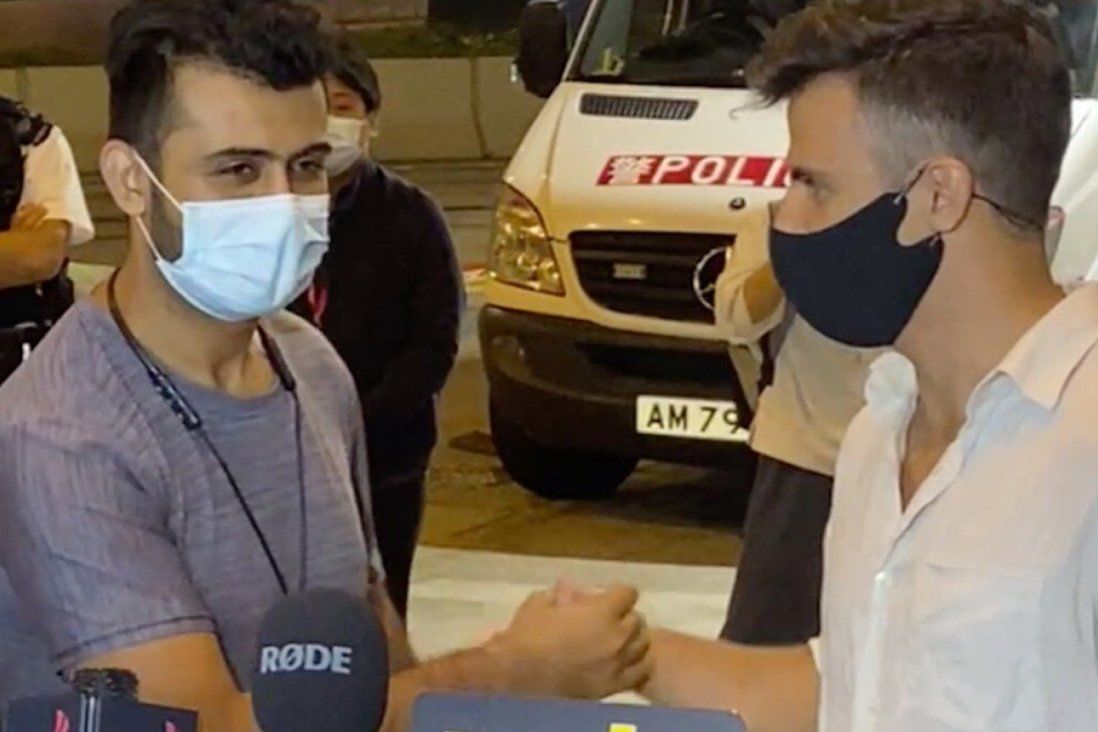 After two rounds of talks, Foodpanda promised to improve the riders’ pay package and deal with issues with its ordering app.

Foodpanda, one of the leading food delivery platforms in Hong Kong, reached a deal on pay packages with its couriers late on Thursday, bringing to an end a labour dispute that sparked a two-day strike last weekend.

The company’s operations director Pedro Dias and courier Waqas Fida, one of the organisers of the strike involving 200 workers, shook hands after Thursday’s seven-hour meeting at Foodpanda’s headquarters in Sheung Wan and announced a consensus had been reached.

After two rounds of talks that stretched to 14 hours in total, Foodpanda Hong Kong promised to improve the riders’ pay package and deal with issues with its ordering app. Neither side disclosed the details of the terms agreed.

“They gave us a very good package and we’ve done our best to get what we want,” said Fida, 27, adding that some of the promised measures would come into effect next month.

“The strike is over … We are happy and we request our supporters to go back to work.” 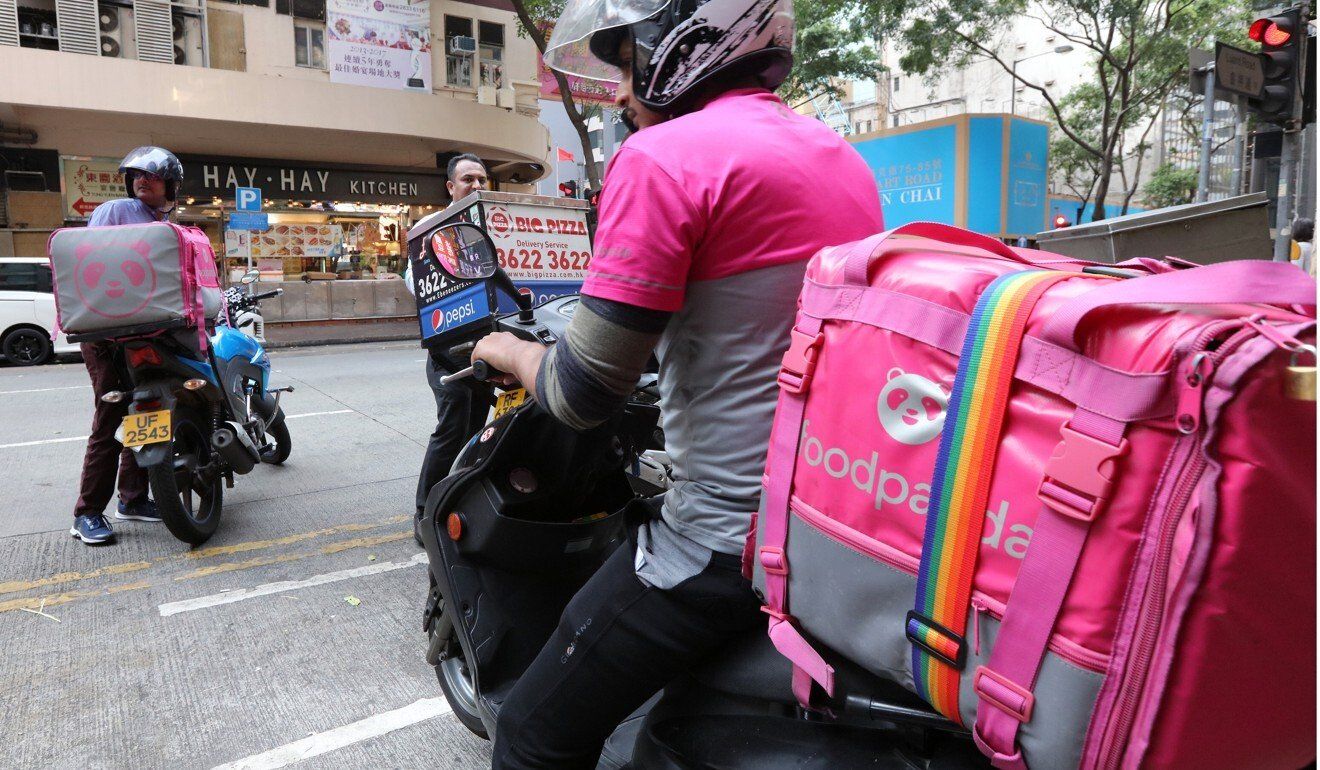 Couriers were unhappy over the fee paid per delivery.

He urged workers not to misuse the flexibility offered by the company and for Foodpanda not to suspend any of the weekend strikers.

“Being a tech company at our core, we have engineers working day and night on product solutions for the benefit of our customers, our vendors, and of course our couriers,” he said.

He admitted some of the issues discussed in the meetings stemmed from miscommunication between the company and its rider fleet.

Eight representatives of the 10,000-strong Foodpanda fleet met top bosses to settle grievances which included the lack of a standard base pay per delivery.

Their top demand was for a minimum fee of HK$50 (US$6.40) for each order delivered by a rider and HK$30 for those delivered on foot. Issues about the app’s navigation system, restaurant delays and cancellation of orders were also raised.

However, Foodpanda, backed by Frankfurt-listed Delivery Hero, gave them counterproposals in the first round of talks, encouraging couriers to take more orders during peak hours to earn more.

Couriers delivering on foot said their fee per order had dropped from HK$28 to HK$22 over the past six months, while motorbike riders saw a cut from HK$50 to HK$40 in the past year.

In the “gig economy” of app-based start-ups, workers are usually hired on short-term contracts or on a freelance basis.

Hong Kong has no statutory provisions governing the payment mode for self-employed people, according to a reply from the Labour Department. The department said it received 42 claims for employee compensation from couriers with online food delivery platforms between January and October, although it did not keep a tally of complaints regarding changes in their wages.

Food delivery companies often have the upper hand in setting fluctuating prices per order, as they have all the details on customer order volume, the number of people on shift and the capacity of restaurants. Couriers have to follow what the system presents to them. 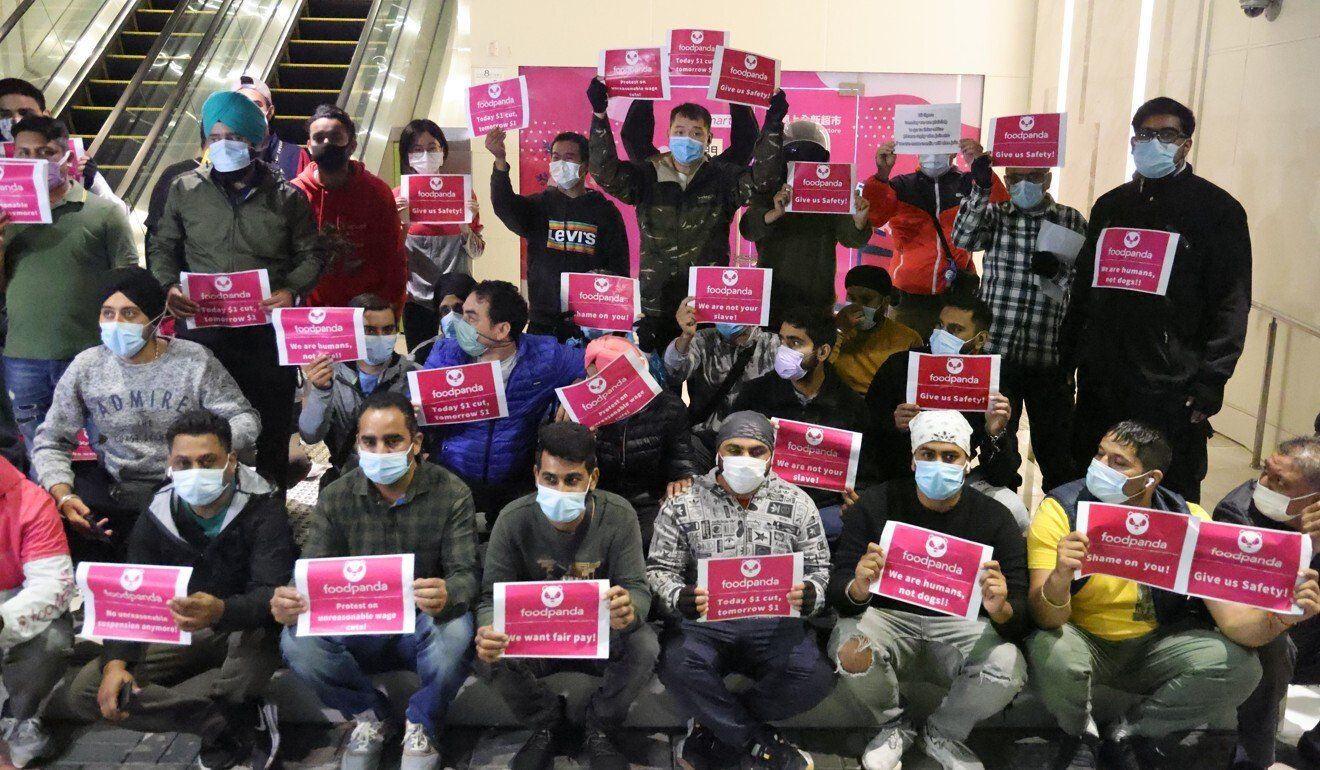 A group of couriers went on strike at the weekend.

“It’s quite frustrating for food riders because they are not able to determine their own income because of the unpredictability of the pay per order,” Chan said.

“Food riders have reached boiling point because [the company] has cut the fees gradually and the downward trend doesn’t seem to stop, all those factors triggered the strike.”

Chan said Hong Kong needed to step up its regulatory framework to guarantee the basic livelihood of such gig economy workers.

Separately, the Service Industry General Union said it received a call for help from a Foodpanda courier who was injured in an accident while cycling to make a delivery in July.

The union, which has been helping the worker seek compensation from the company, said Foodpanda denied having any employment relationship with the courier and refused to accept any liability for the work-related injury.

In response, the Labour Department said whether someone was an employee did not purely depend on the job position or contract title, but the service he or she provided.

“Though the [worker] is considered as a self-employed person, if an employment relationship actually exists on contract, the other side still needs to fulfil its duty under the law,” it said, adding that the department had contacted the courier to explain the law.

It said it was helping the worker to seek legal aid and a verdict from the court.